My house had started to be re-rendered. I thought old the old rendering would all come off, and then the new stuff would be put on. But why, really? While the front wall was still clad in last year's fashion, the back and the side were already trying on something quite a la jour. (I should be a fashion journalist!) It's good, actually; I don't think that bare brick wall should be like that for long. Welsh rain can be quite fierce, and it would percolate straight through the brick layer. Better to have some cladding of sorts! And the work has also allowed a slightly more sophisticated integration of windows and doors in the building. So I tend to have no idea what my house looks like when I get home, but I think it will indeed be better at the end! 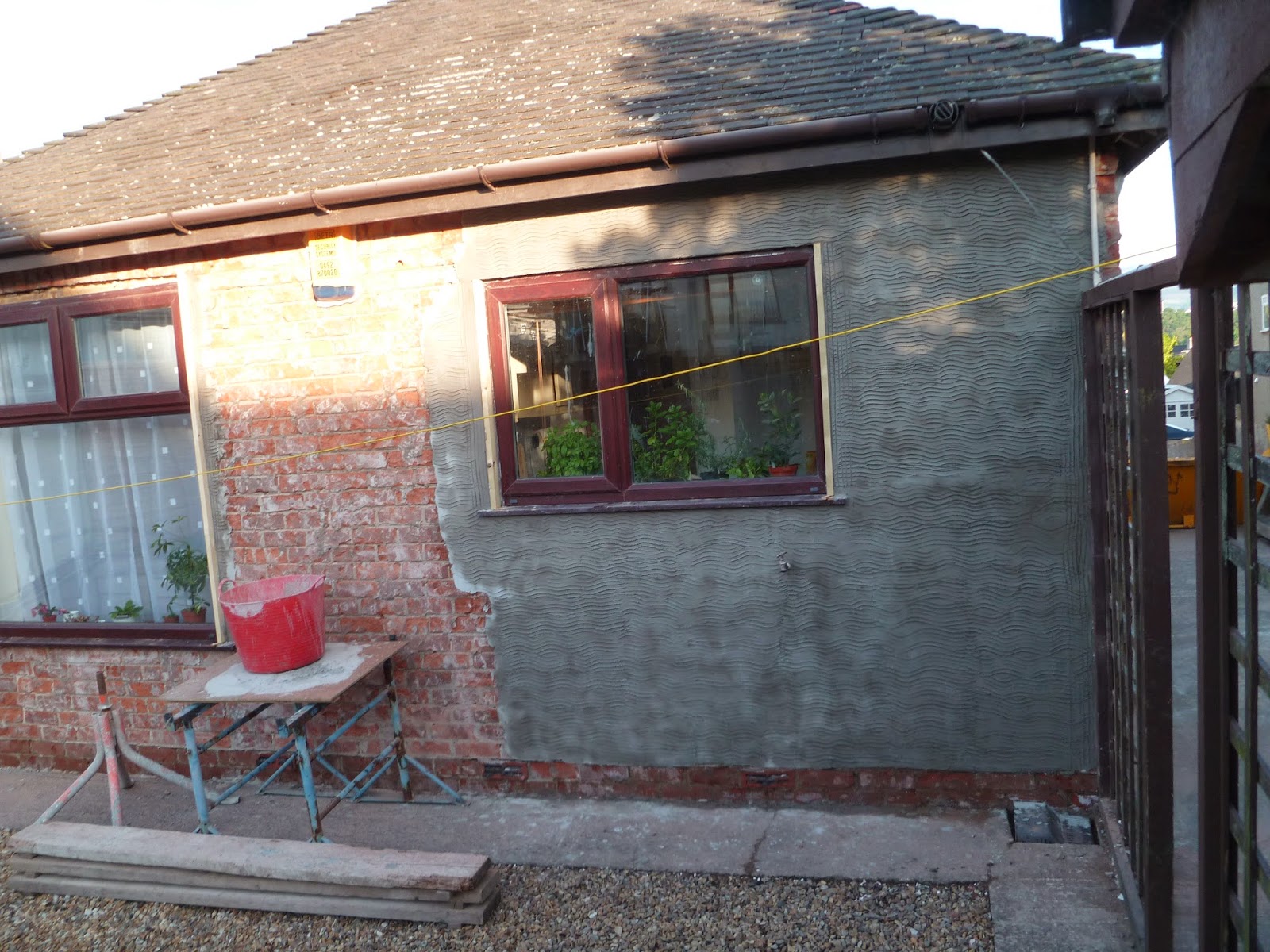 The back wall in its state of partial dressed-ness 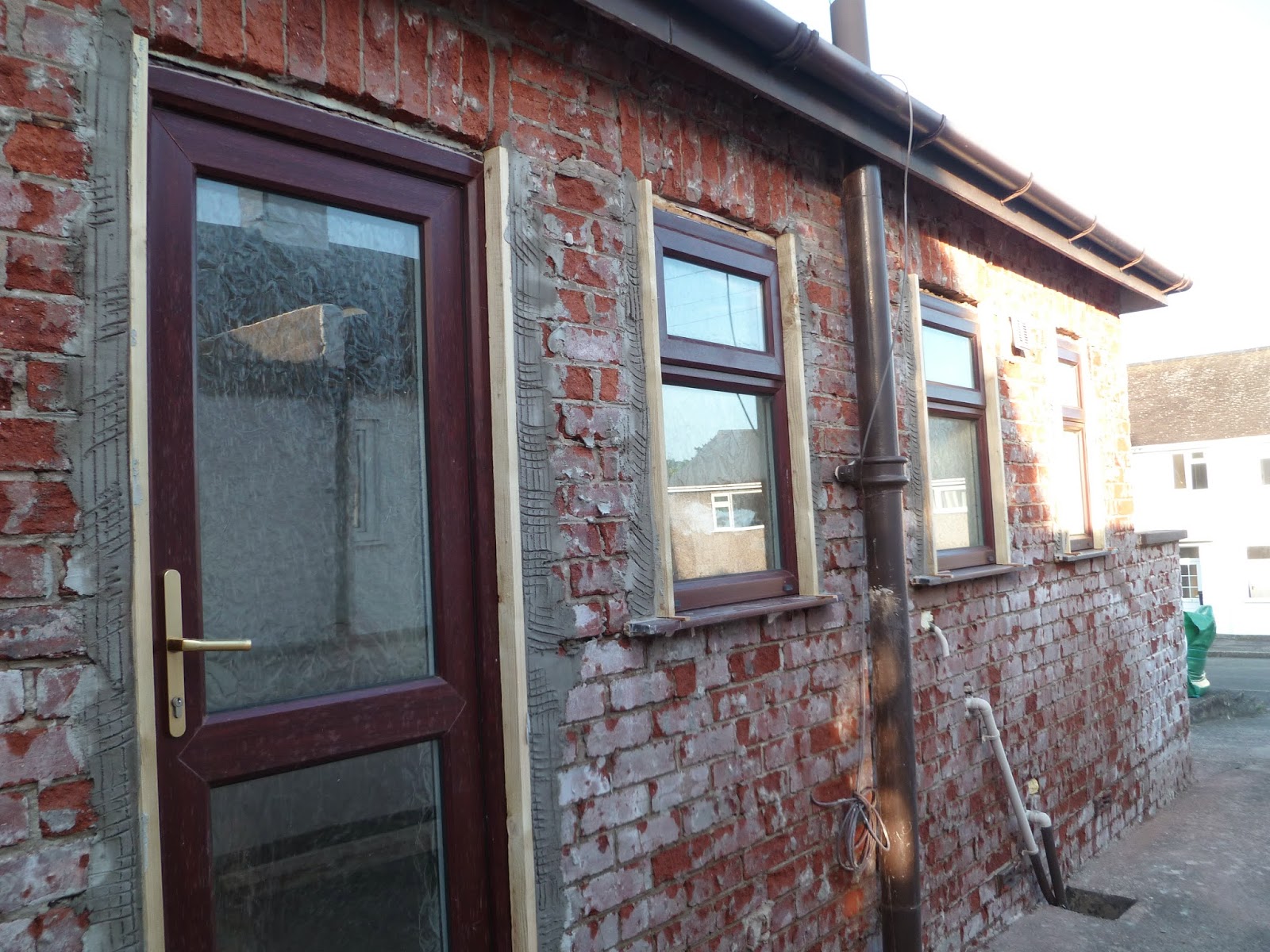 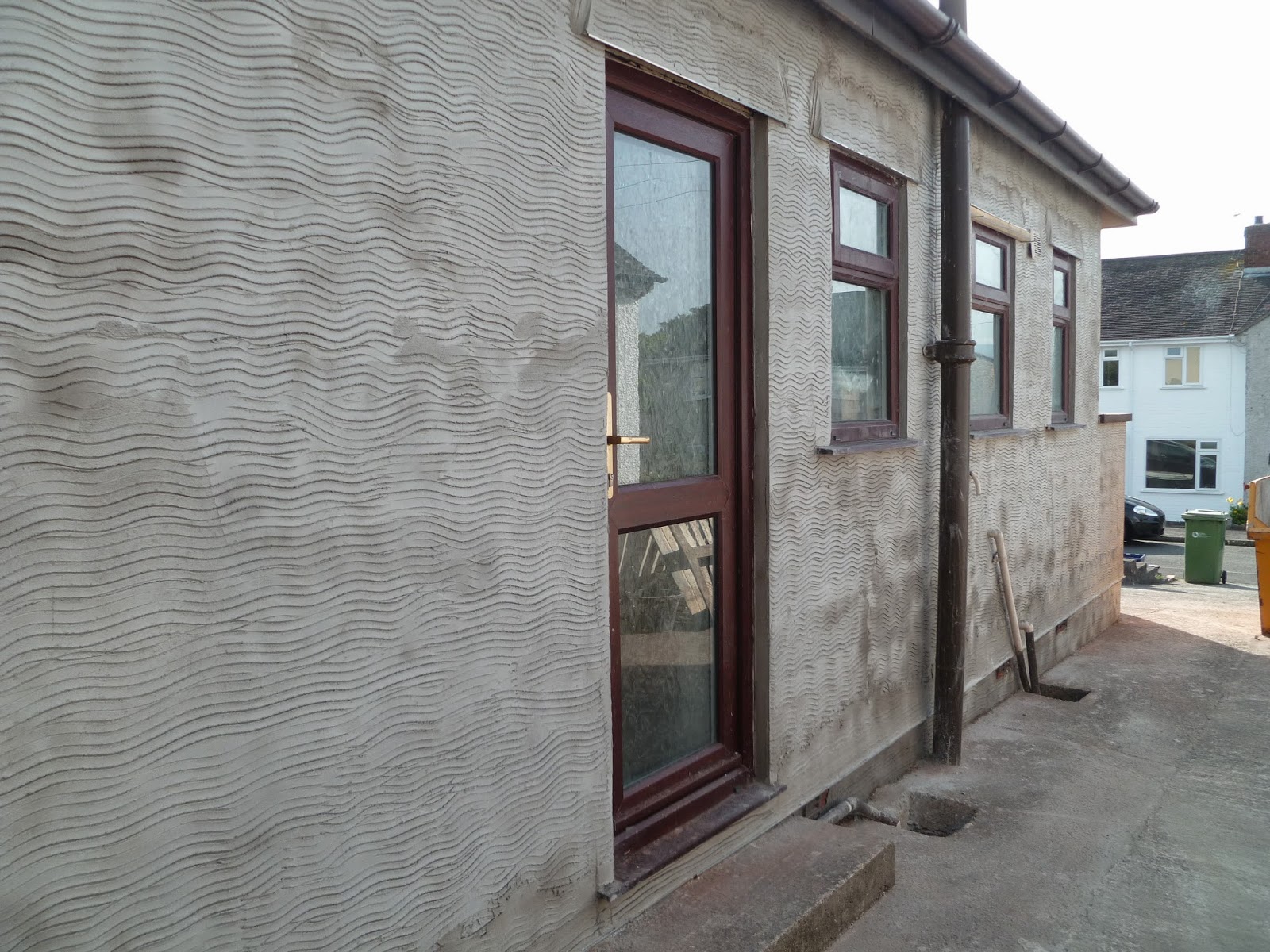 Side wall all new and fresh