Another building-related posting! Everything is changing. Not only my house has become a shape-shifter; so has the School of Ocean Sciences campus. When I applied for the job in Wales the School of Ocean Sciences consisted of two buildings with offices and labs, one building on a small island reached by a causeway, a fieldwork store, and a pier with a research vessel moored at its end. And the foundations of a building to come.

When I came to Menai Bridge to start work, there already was half a building. It's growing rapidly! I won't be housed in this new building, but I might teach in it. I'm not too sure yet what will be in it other than whatever's now still on the small island (the building there is rather delapidated, and the causeway is flooded at some high tides, so I can see why they would move), but I look forward to finding out. It already looks rather good now, and it doesn't even have a roof! 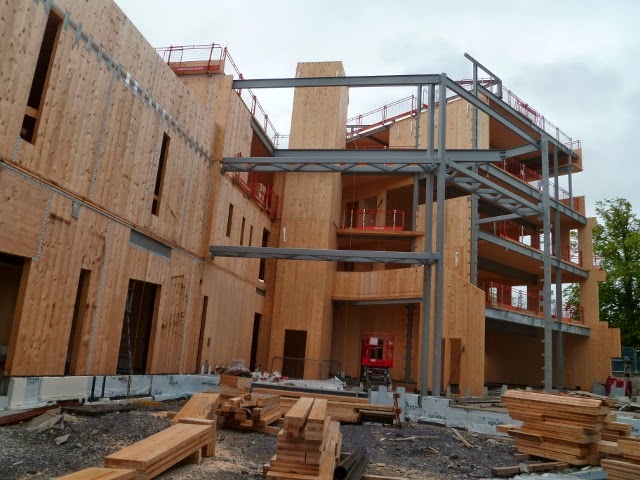 And about a week later, it has an additional wing! And more ceilings. 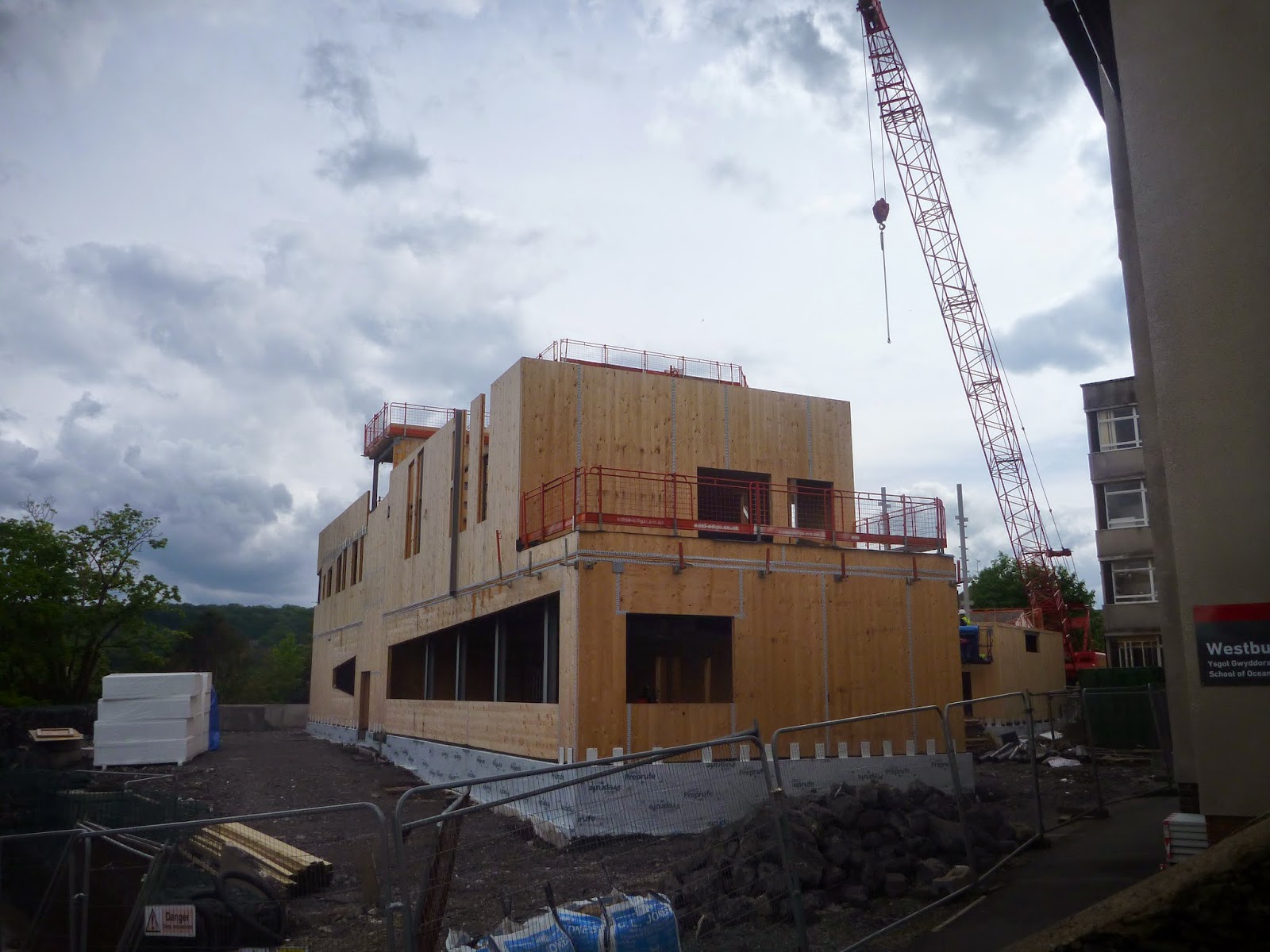 The building from aslightly larger distance
Posted by Margot at 15:50