I had personally delivered the confirmation of my change of address to the electoral office. So I eagerly awaited a polling card! But nothing came. The day before the elections I decided to phone. Yes, they said, it had all come through and I was ready to vote! I asked where, and they said in the primary school in Menai Bridge. So there I went.

It was a Thursday. That meant I would go stright underground form work. And not be back until late! And I would drive to work. Altogether it would be best if I would vote first thing, unhindered by bulky cars. So I took my passport when I went for my run. I got to the polling station (gorsaf bleidleisio; one has to be biligual here) a few minutes after it opened, and voted in my running kit. The chap warned me it was a big polling card. Yes, by British standards! He's probably never seen a Dutch one. 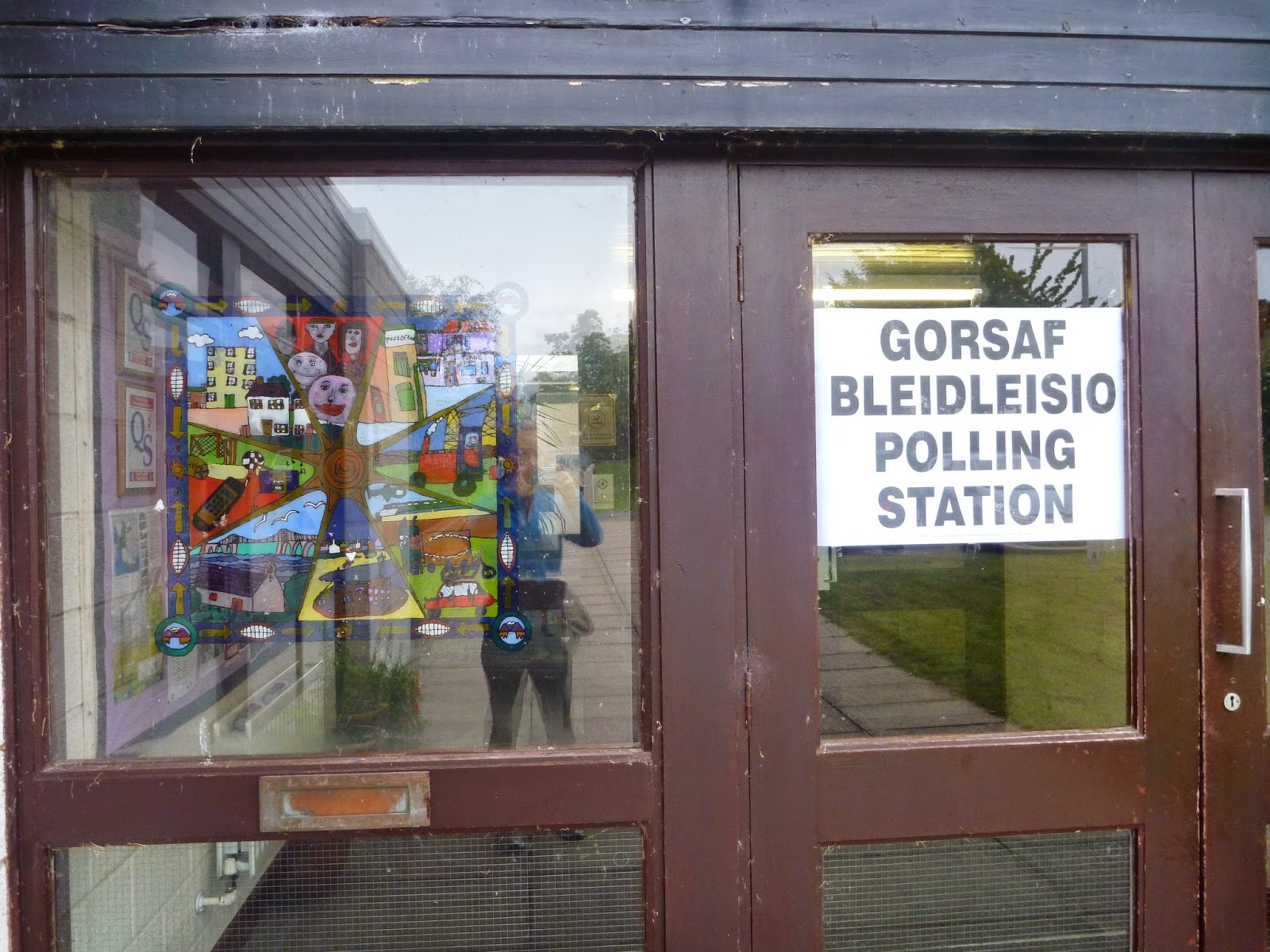 I voted (green!) and continued my run. And my one vote couldn't stop the wave of anti-European votes, but it was all I could do. And now we'll have to see how things develop. As I seem to not really have much talent for leaving this country, I could very well still be here during a referendum about the UK perhaps leaving the EU. And that won't happen overnight, but it's not unthinkable that if it does happen, it'll have very practical implcations for people like me. But let's first see how the EU develops in general; it's not looking good. Will we end up divided, and unable to make a stand in the world? It sure looks like it... The EU; such a good idea, but perhaps not built to withstand the lower urges people are governed by...
Posted by Margot at 08:49