I still have my very first caving suit. It has seen quite some repair through the years (most of them undocumented, but not all). It's getting to the end of its life! It can still do modest trips, but use in the digs, which is hard on material, lead to the need for repairs every single week. That's a bit much; I decided to swap to my newer caving suit, which was a bit more sturdy to start with, and surely is now. That works fine, but the old suit had a camera pocket on the arm, and the new one doesn't. I don't like keeping my camera in the chest pocket; that's harder to get to, and having a metally clump on your chest can cause damge to self and camera when doing some iffy belly-crawling. I had hoped to fit a pocket on in between jobs, but that didn't happen; I instead did it after the first few hectic weeks were over. It's done now! I'm ready for documenting whatever. Bring on more progress in the dig! And I hope my handiwork lasts... 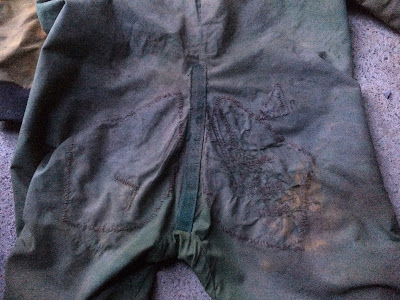 The bum of my old caving suit... a lot of work went into that. Crawling around in the digs just keeps tearing it! 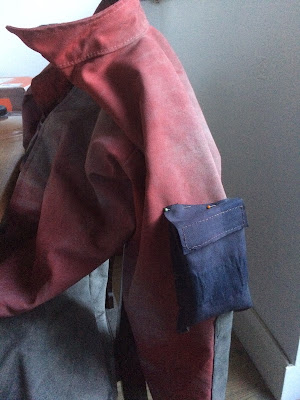