I think I was born an old codger. When some new technology comes out I tend to think "harrumph, I've been getting on swimmingly without this, why buy it" and ignore it for a few years. And then I yield anyway, because my old stuff needs replacement, and well, why then not go with something slightly up to date. And then I often realise just how good this technology actually is. Like the mobile phone. Very handy! And the iPod. And all that sort of stuff. And slowly I'm learning that sometimes, there's nothing wrong with getting stuff as soon as it presents itself to you.

I received an email that as having registered for a race, I got a discount on some snazzy new kind of earphones. The don't go in the ear, or over the ear, but next to it. Basically, the music gets fed into your cheekbone. That way you listen to music while still hearing the sounds of the world around you! And I don't like indoor silence, but I also don't like the isolation headphones cause. And sometimes it's even a safety issue; if you run, for instance, you might want to listen to music to make things less boring, but you really also want to be able to hear traffic coming. And it's that what these were designed for. And I figured it was just a damn good idea! I bought them.

When I tried them out at home I was immediately convinced. It's like listening to the radio, but then with the radio coming with you! So you don't feel isolated at all. I can use these in the lab, without bothering anyone, and without becoming antisocial. And I can run with them (maybe good for the marathon - I'll need all the boosting I can get!) And maybe in my car, when I drive through daft corners of Snowdonia where radio signal is sparse. Look at me! I'm an early-ish adopter! All cutting edge! 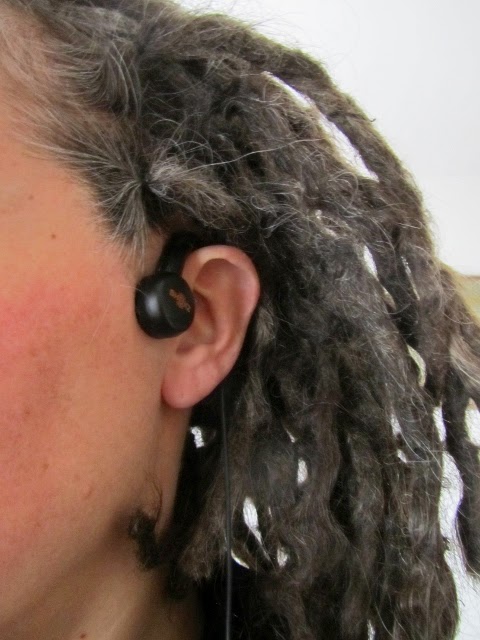