When there is a solar eclipse right where you live, and it is even good weather although the place you live is North Wales, you should watch. How often is that going to happen! I had seen eclipses before; a partial one from a research vessel in 2001, in the subtropics, during sunset, so we could look straight into the sun. Lovely! And a full one in 1999, in Romania. A full one is such a step beyond a partial one it may make you jaded the rest of your life. Maybe I was! I got out of the house to look (I was having a late morning after a late night caving, and a very necessary run) and the neighbour had a day off, so he appeared too. It was nice! 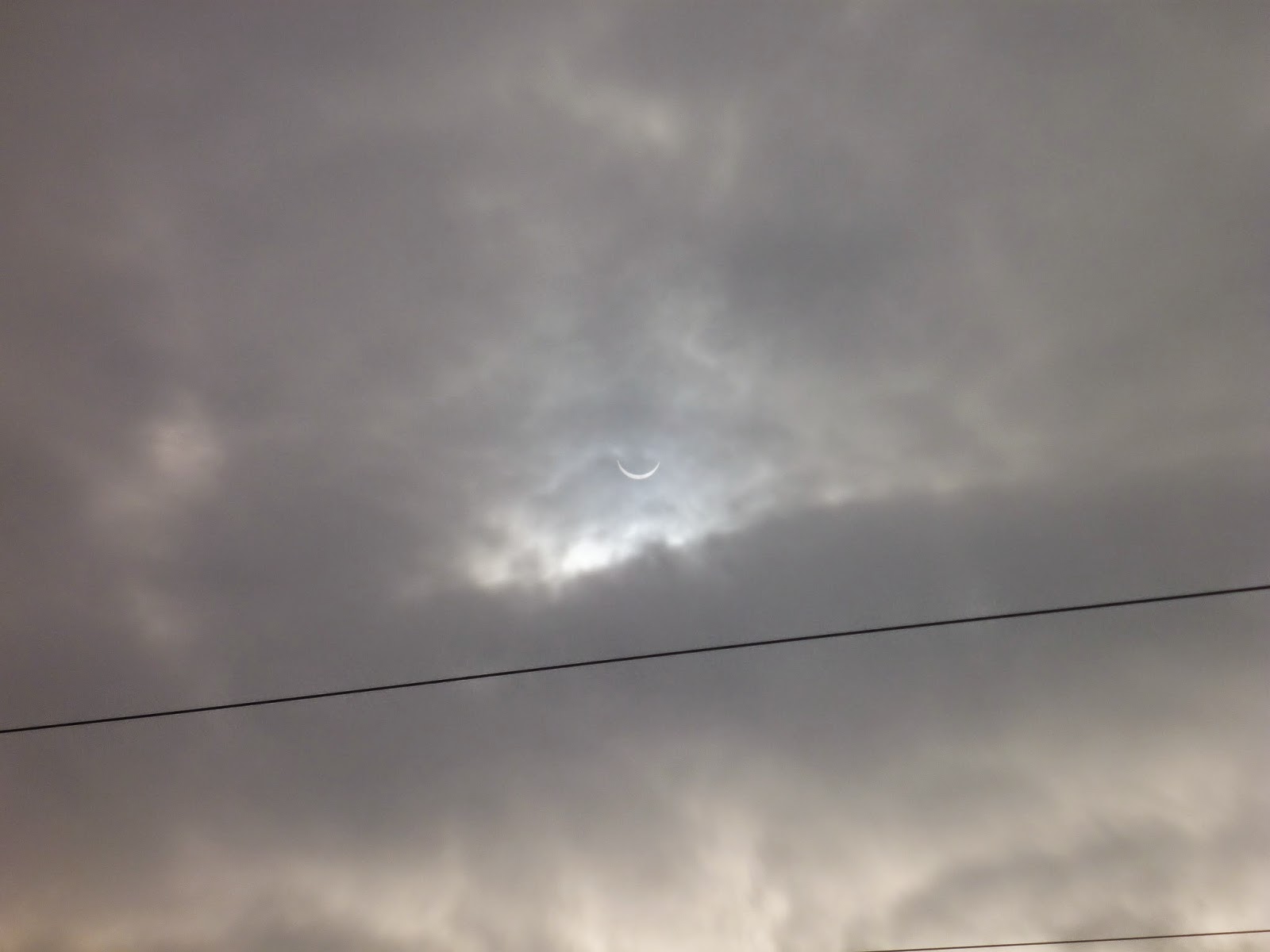 The picture I took with my own modest camera, standing on the drive

In the middle of the whole thing I biked to work. I there bumped into half the school who were watching aided by all sorts of optical gadgets David had brought out. The eclipse by then was pretty much beyond its maximum, so before my bike was locked most people were gone. Oh well! I'd seen it and even got a half-decent picture. And could nick the official SOS ones too! But then it was time for work again. Enough frivolity! 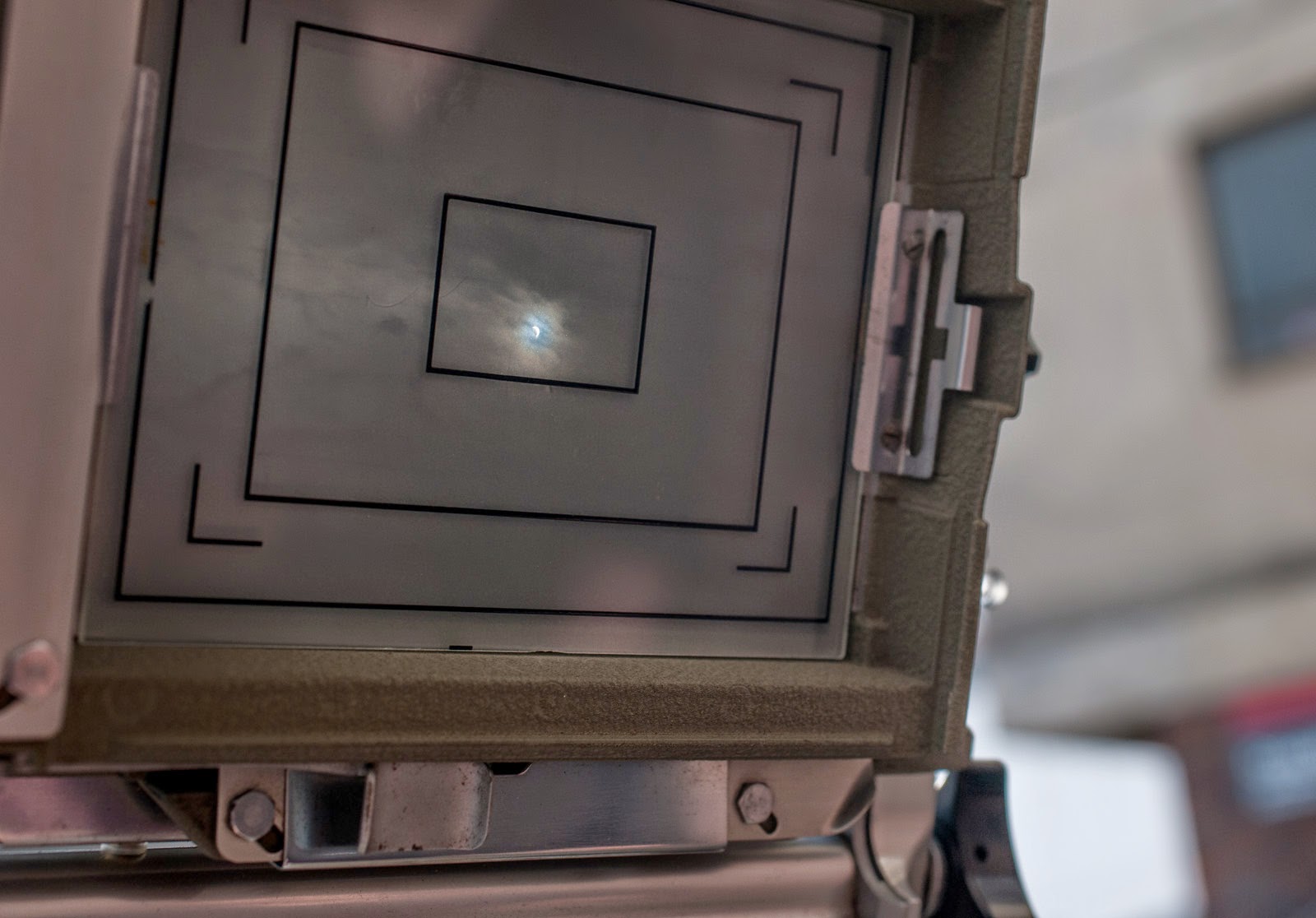