Go in before the roof comes down

Blaenau Ffestiniog is famous for its faded slate industry. In recent years, inventive types have tried to turn its crumbling legacy into new enterprises. I mentioned earlier (in passing) that one of the mines we frequent is also used commercially; you can take a tour there and do what we do, but then with more toys like zip wires and free falls and whatnot. It looks like great fun! We are allowed to play on most of it, but we don't have the same level of kit. A zip wire works a lot better with a tandem pulley, and I only have a single one! And I would fear to use the free-fall device without supervision. Get jumping into a slate mine chamber wrong and you have made your last mistake ever. Anyway. This chap makes a living out of an abandoned slate mine, and he employs a few people. Good for him, but local employment isn't massively boosted. And then there is bounce below, which sounds very boring to me, but hopefully many disagree with me. And a few villages away there's Zip World. I'm not sure how many people they employ. Blaenau can do with more! And then there was an article on the web, announcing a new life for slate mining. Really? Can Wales compete with China? It would be nice! And nowadays mining offers a lot less employment than in the old days. But few jobs is better than no jobs, so I welcome the idea. However; there was mention of blowing the roof off of one of the mines out there. And we hadn't been yet. Time to go before it would be too late!

Phil thought he knew how to get there. And he did! Through the beautiful royal blue coloured evening we walked to the top of the plateau, and found a way in. We scampered around a bit, but there was the idea there was more. Phil mentioned it was a pity we hadn't found the big hole. I mentioned I and a new bloke had been staring into something that could only be described as a big hole, but that the others didn't seem keen to come and have a look. We decided to all go back! We might be able to descend into it and explore the rest. It looked like an impossible job; there seemed to be a vertical drop everywhere. But Sinker had been in before, so it could be done. After some faffing we decided to give it a go. And indeed, it was a lot easier than it looked! Phil and I headed the troops, but our enthusiasm brought the rest down. And rightly so! What a lovely mine, and clearly so rarely visited. I'm glad we've been. David wanted to go back to properly document the place before it would be gone. Sounds like a lovely trip! 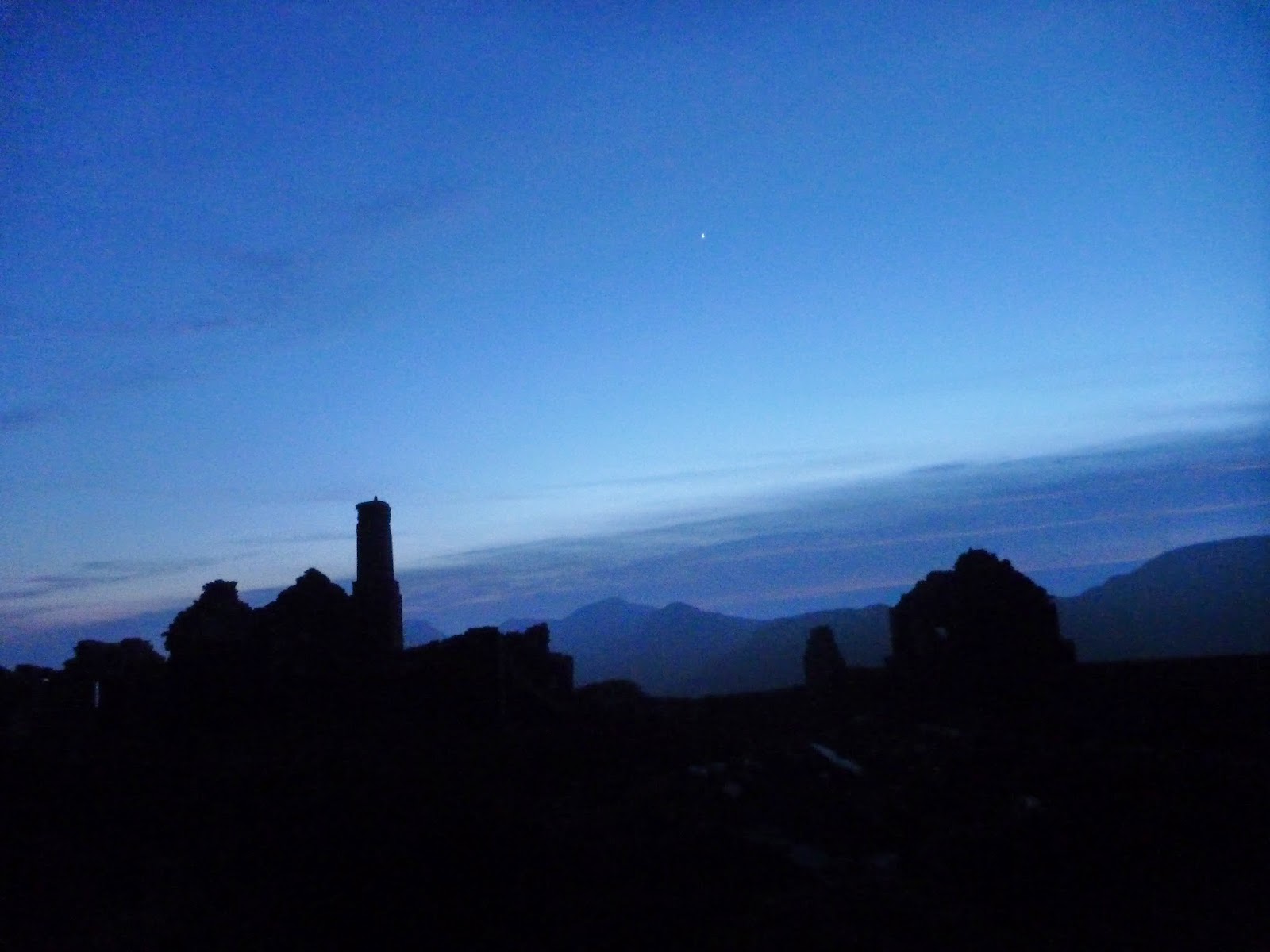 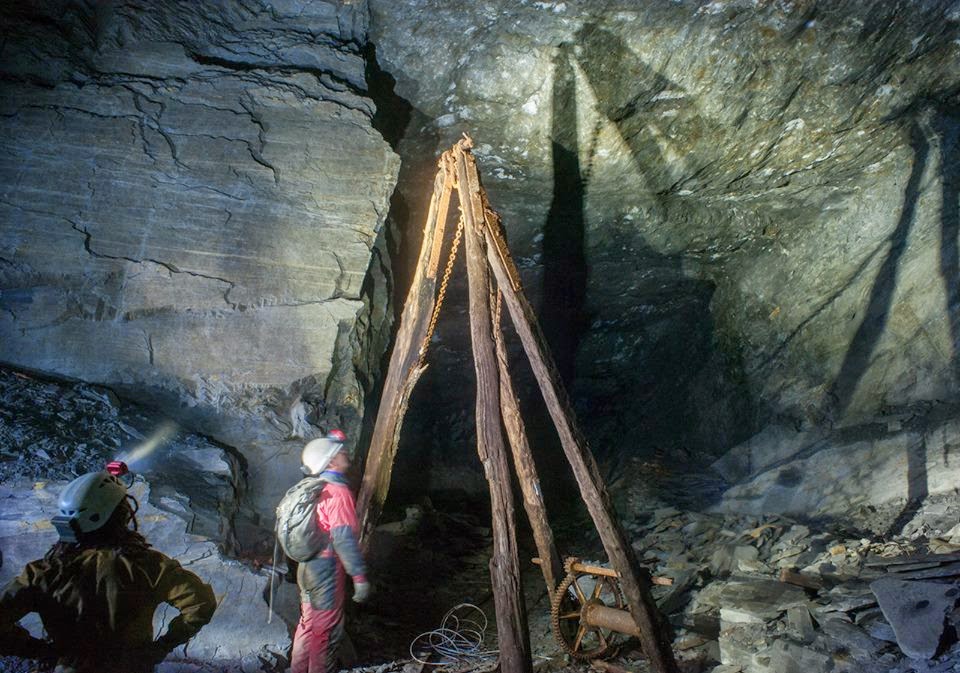 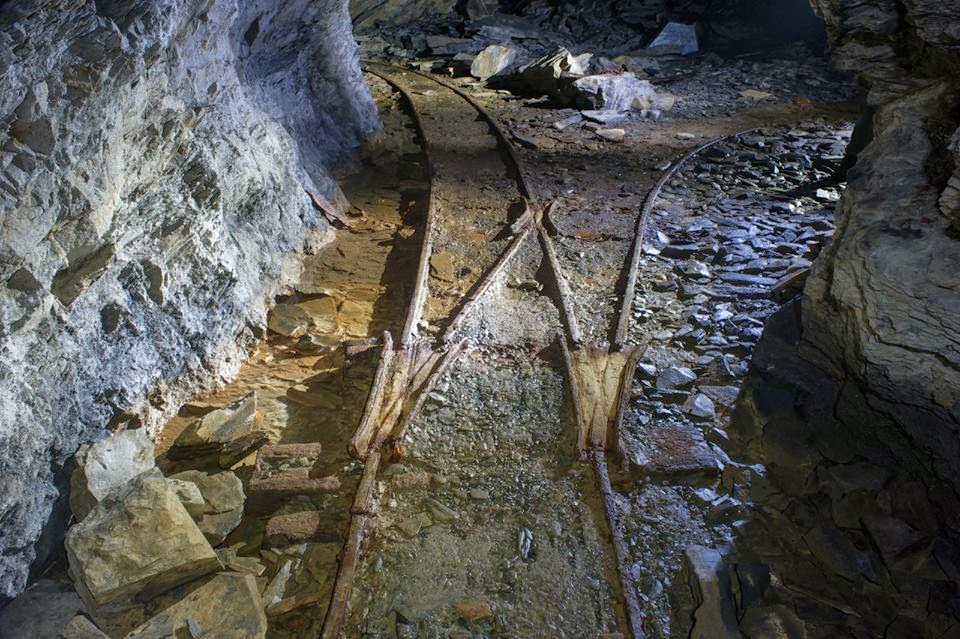 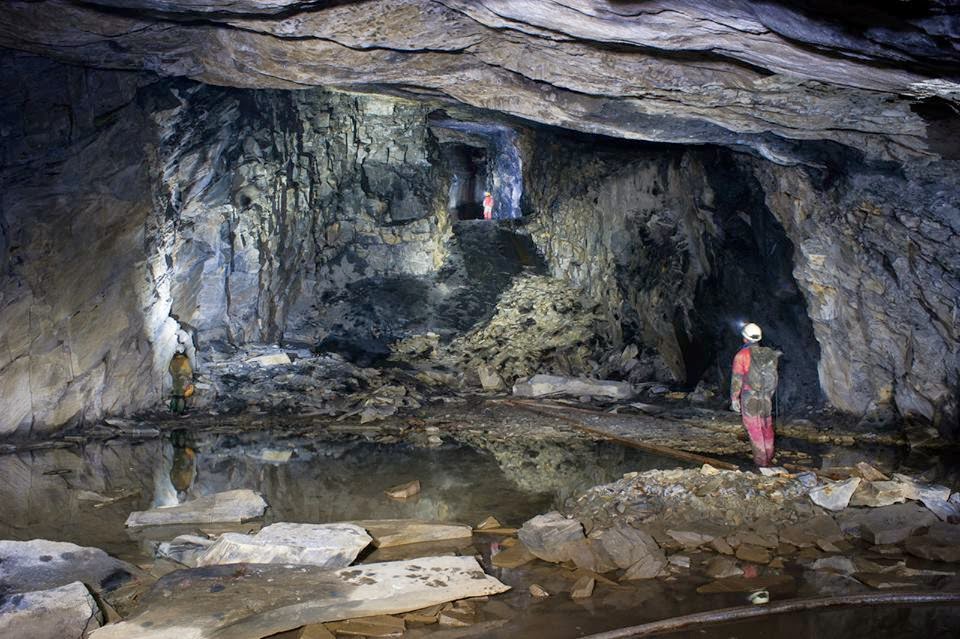 As lovely as it was; I was keenly aware of my current attempts at juggling teaching, research, preparing for Welsh GCSE's and training for a marathon, and I was keen to get back home and get as much sleep as I could. And we went back.

We might not have thought about visiting this specific mine without the threat of its demolition. So before it created a single job it already did some good. I wish Blaenau well with this enterprise! If it will really happen...
Posted by Margot at 10:08