When the first term was over I wanted to revive my comatose social life, and I invited some colleagues and friends over for dinner. It was quite nice! And as one does, I vented my enthusiasm on Facebook. Upon which one other colleague immediately invited himself and his wife over as the next batch. Need I specify this man's nationality? No, I didn't think so, either. But I was too slow in actually inviting them over. One has lots to do! But they solved that by inviting me. And after having happily scampered around in a mine with my old Cornish mates I had a shower, changed, and walked up the hill to their abode. It was Marjan who opened the door; I had never met her, but she warmly welcomed me in. Inside was Jaco, the instigator of this all. I stepped in and was immediately blown away by the view. They only live some 100m away, but while I can only see the houses on the other side of the street, they have a free view over Snowdonia. It's not hard to see why they would have decided to buy this house!

Not only the view was nice; so was the food and the company. And it was nice too to speak Dutch for a change! And have a similar cultural frame of reference. It was a very nice evening.

The time came to reciprocate. I invited them over for the day of the Anglesey half marathon; it would start at 9AM, so I would be done by 11AM, and although I would be tired, I would have the whole day. And I could prepare some things (especially cutting things up, which is best done standing up!) the day before. I could imagine that after 20 km on asphalt I would not want to spend any more time on my feet than necessary. I felt like having some fennel, so I googled a nice recipe and went for it.

The arrived bearing presents! They brought some daffodils and some unusual beers. Very nice! And fortunately, they liked my fennel quiche. And they had been a bit worried about how much cooking I would manage to get done after a heavy race, but I think I didn't disappoint them. Jaco has been a fervent racer himself, but an injury stopped him: I hope he somehow manages to get that sorted, and can start running again. I felt a bit bad about reminding him so much of his former hobby by my choice of date! But he didn't seem to mind. It was another nice night! It's good to have some traditions like that budding. And this dinner immediately resulted in practical help; I had to go to Edinburgh the next day, but wasn't sure yet how to get to the railway station. And then Marjan offered to drop me off; she would drive to work anyway! And on the way back. Jaco picked me up. So nice! I hope I can reciprocate that too one day. It's nice to have friends to dine with and to exchange favours! My life has become a bit nicer. Spiffing! 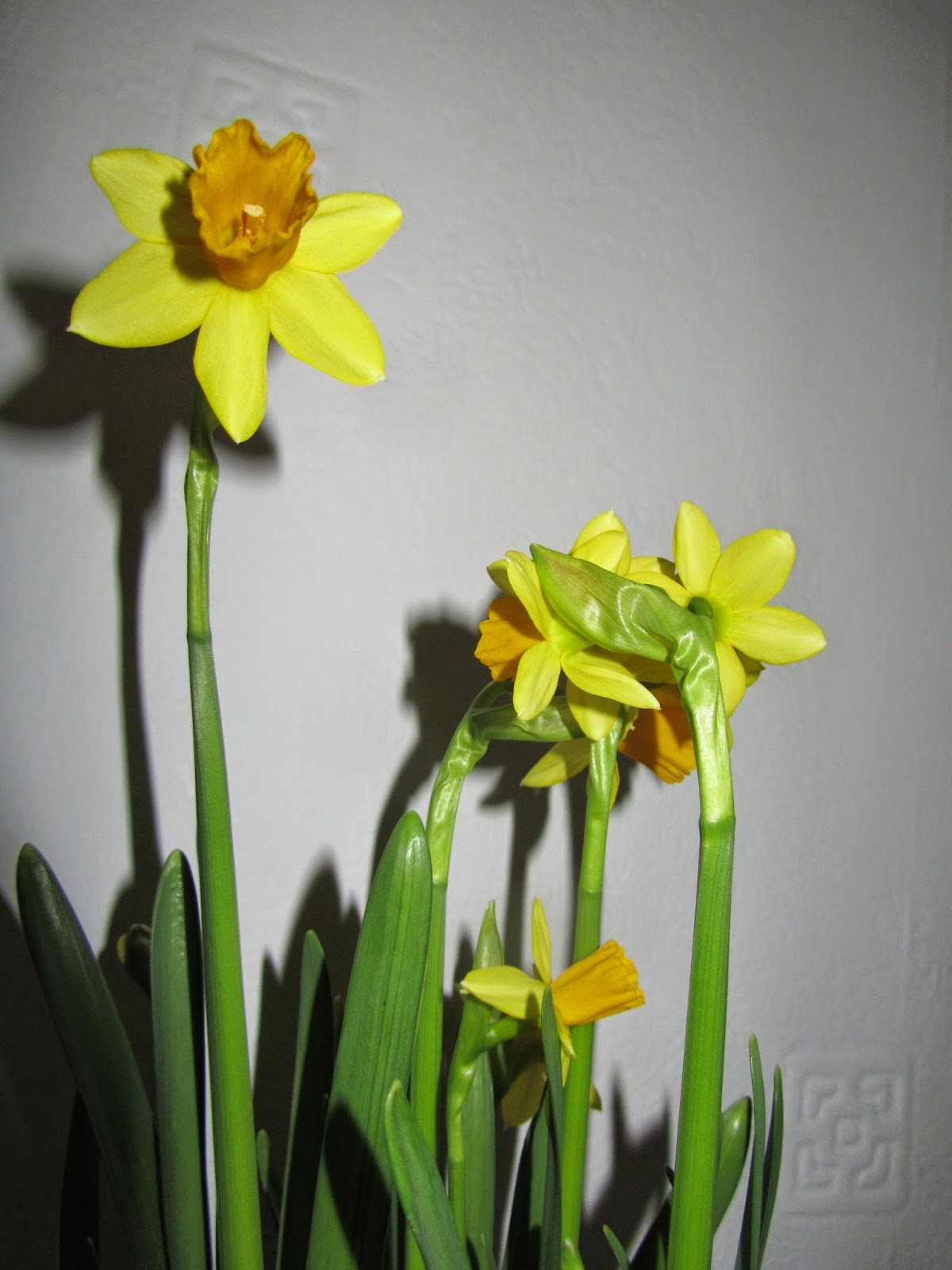