One year, one book

During the last days of March 2014 I moved to Wales. Two weeks later I had my first lesson Welsh. And in May I ordered a book in Welsh; a novel, especially written for Welsh learners. How could you tell? Well, the most obvious thing is that the level of the language rises markedly through the chapters. In the first chapter, pretty much everything is in present and active tense, and the sentences have little or no subordinate clauses. And every chapter the level is cranked up. Later on the sentenced are compound, and have past, future and conditional tenses, and whatnot. What starts as a sort of a children's book ends reasonably credible. So even if you learn, and your own level rises, it might not get easier to read this book, as it grows along with you! 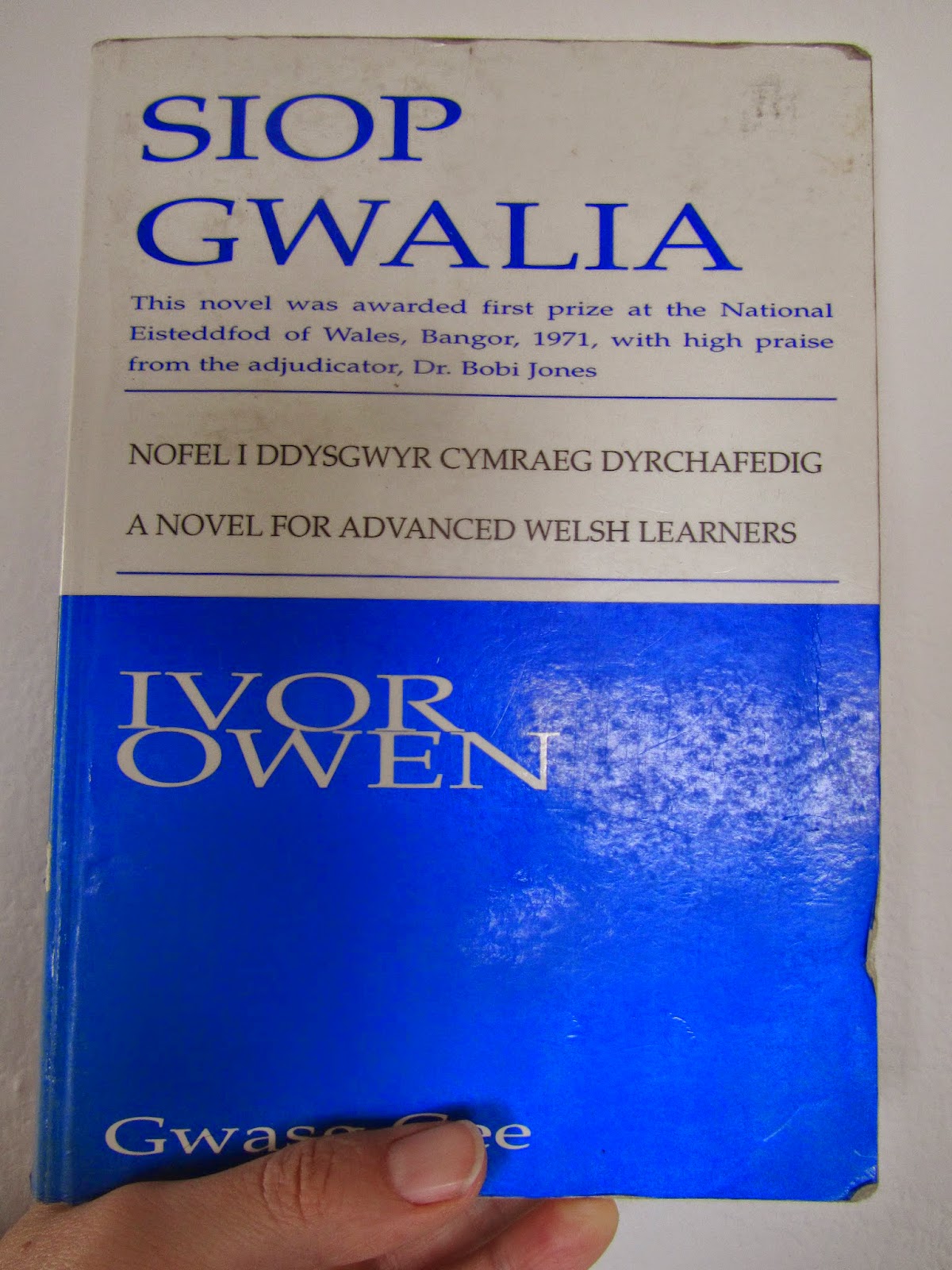 Another thing is that the author clearly made sure he repeats words so the chances that it sticks in your mind are increased; he also sometimes introduces a theme. There is one chapter, for instance, where people suddenly feel the urgent need to bring their fingers to their lips, rest their head in their hands, pat each other on the shoulder, and so on. A lesson in body parts! And I suspect the writer has even tried to introduce words that are near each other in the alphabet, so you can keep your dictionary open at the same page.

So that is the educational aspect; what about art? It's a novel, after all! Well. That was clearly a bit of an afterthought. The story revolves around a man who runs a sort of a corner shop, and it's not doing well. He tries to think of something that will make his shop more successful. And in the end he manages, with the help of a rich relative, to buy the old cinema building and start a supermarket in it. Success! Riveting, isn't it? It is right up there with the most boring books in the world. But do I care? No!

By July I had painstakingly read the first three chapters. In August I had added a few. And then teaching hit, and I didn't touch the thing for months. No time! But then, in the new year, I picked it up again. And I noticed my Welsh had improved in the meantime; it had become rather easy to read it. So I sped up! And now, in March, I have finally finished it. My first book in Welsh. It has taught me an awful lot. Having read this, I think I'm ready now to read a book that was meant as a novel! Bring it on!