If you spend your working hours with your nose in old core logs it migth be good to sometimes get your nose out of these, and re-broaden your horizon. And I've expressed my appreciation for university as a place for doing that before; there's always all sorts of seminars on. And last week our own Ella, wife of Federico, one of our lecturers, gave a seminar for the Plymouth International Studies Centre.  It was announced as follows:

Eleanor Gao, University of Michigan: ‘Diverse but not divisive: Tribal diversity and public goods provision in Jordan.’
I won't go into detail on what her findings were, but one would believe me there were quite some Jordanian tribes involved. In the beginning of the talk she showed a historic map with where these tribes approximately lived. And I was immediately struck by the name of one the biggest tribes: Arab Beni Saher! And I assume it's an unusual way of transcribing the Arabic script, as a quick google of tribes with that name yielded nothing; but still: that's my tribe, would I ever move to Jordan! 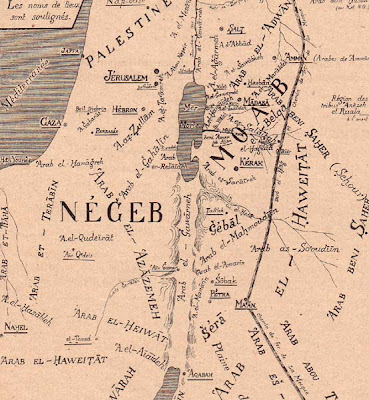 The map in question! From a website on Jordan tribes

ps I found they seem to most often be spelled "Beni Sakhr", and can as such be found on Wikipedia. Ella explained to me the "Arab" in front denotes they're Bedouins. They seem to be quite powerful; of course, with such a name!
Posted by Margot at 19:00

Nice map, but very surprising to me; who would think that Sahers could survive in a dry and warm climate?

Indeed! Maybe we western European Sahers result from some genetic defect that makes us depend on bleak weather...

It can't be a coincidence you discovered this in the country of Darwin. He must haven known about this when he formulated his theories :)

We might have been much more of an inspiration than these finches and the likes!