“Every disadvantage has its advantage”; would that be the correct translation of the most famous of the Cruijffisms? Either way, I decided to combine computational misery and a lack of scientific knowledge to form something beautiful. As diligent readers will by now be more than aware of, in March I will have to supervise two teams of students on coastal geomorphological projects. And my own coastal geomorphological knowledge could use some brushing up. So when my computer, which is slow at the best of times, got so slow it became unworkable I decided to run a full scan of my computer. This can take a while, but I had something useful to do in the meantime: fill some gaps in my knowledge!

The scan took hours, but it resulted in the detection and subsequent deletion of a Trojan, and while my poor computer was gargling away I read a book which greatly increased my grasp of topics that come in handy in March. And today I met all my students; they left a positive impression. So preparations for that utterly unprecedented fieldwork are going well. And even my computer is more or less back to speed! 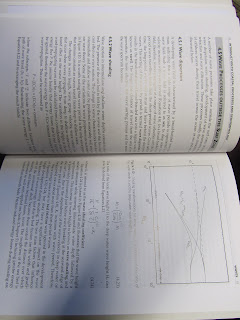 Why does the blog tilt this picture? It's a landscape format!
Posted by Margot at 18:18