Run the other way

The last time I wrote about running was in June! Except the write-up of the 10k I ran in July. I tended to run landwards, but a long time ago I decided to go the other way. In that direction, the bicycle path I run on goes to Felin Fawr; the mill where the Penrhyn slate was processed. Beyond the mill the railway hasn't either been maintained or turned into a bicycle path, so if you want to run or bike on you have to join the road. Quite some way further north the railroad has been turned into a bicycle path, but that is where the old passenger railroad curves west to head for the station, and the bicycle path jumps track and follows the slate railroad to the harbour. But the yard has a wall and that wall has an opening. And one day I decided to just see what was behind that. And there was a public footpath there! And it follows the river Galedffrwd, which early on has lots of interventions (artificial waterfalls and such) and later becomes very scenic and dreamy. It's a beautiful patch of woodland!

I had never run there before with a camera, but I figured it was time to document this route too. It's lovely! And as a bonus I bumped into a lady from Welsh class who, together with her (rather young) son, was walking the dog. And the autumn colours were lovely! 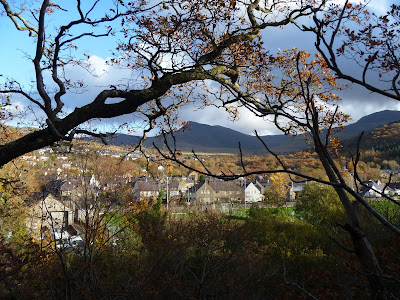 View over the village 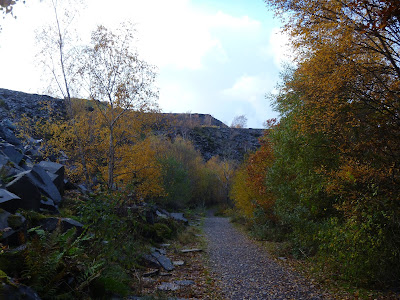 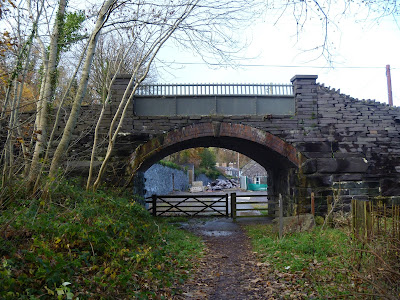 The gate to Felin Fawr 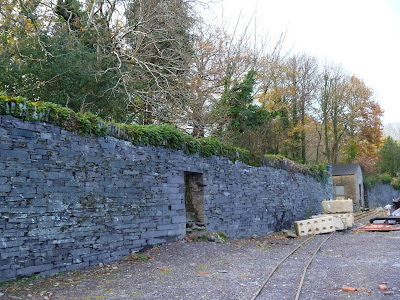 The hole in the wall 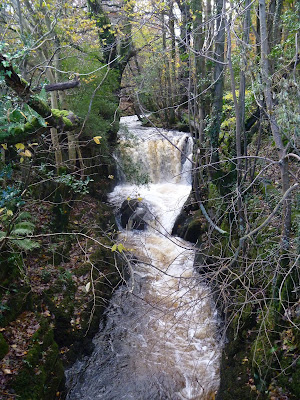 The artificial waterfall just behind the hole in the wall. I guess this is where one of the waterwheels was! 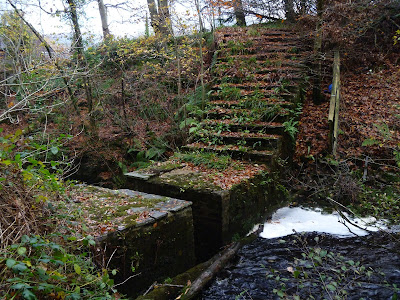 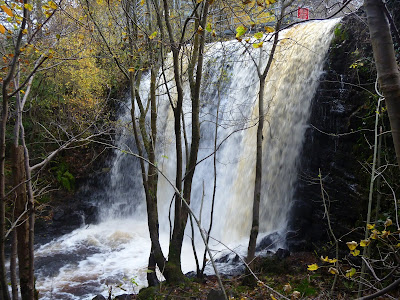 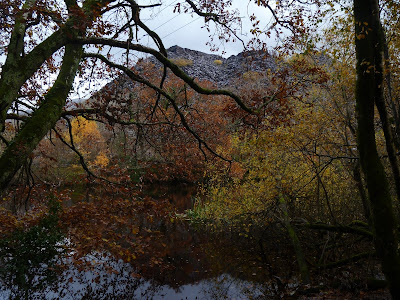 The mill pond that feeds the waterfall 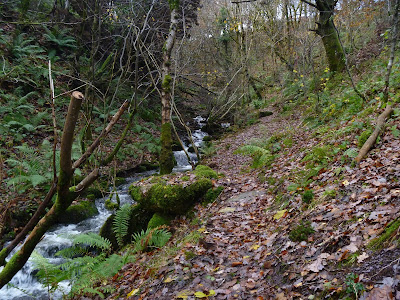 A tributary with a dead-end (?) path next to it 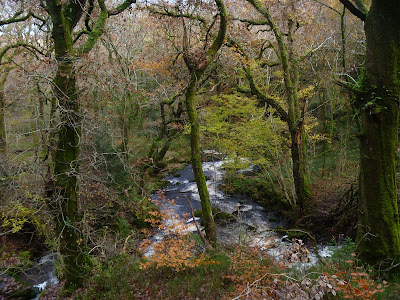 Where the tributary joins the Galedffrwd 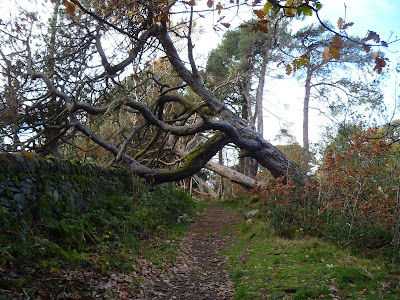 Scenic inclined trees along the path that goes to Mynydd Llandygai