Trace the house back

I would like to know how old my house is! But it's Victorian and that means a lot of time has passed in which information can get lost. It looks Victorian, and it would logically be younger than Bethesda itself, so younger than the 1823 chapel the village is named after. I had seen it on maps dating from the 1880s. But that was it! 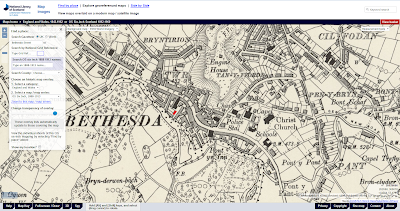 Rummaging through the documentation that came with the house didn't push it anything further back. The oldest mention I could find is when it appears in someone's will in 1884, but it could have been around for god knows how long by then. I think only a trip to the archive will have a chance of sorting this out! 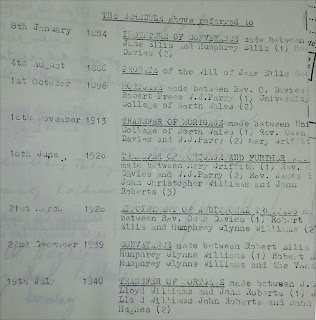 Mention of the the house in a will executed in1886; another document describes that will was written in 1884.

The rummage did show I should be able to disentangle everything that legally happened to the house since 1884, though; who owned it, and whether it was a lease of a buy, when it changed number (it wasn't always nr 13), when the garden was added to it... that's interesting too! 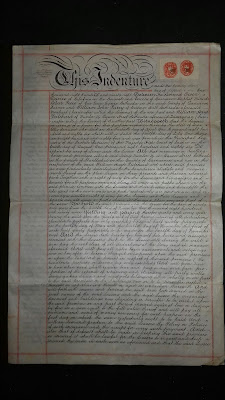 The coolest document I have: a deed from 1899

NB When I checked the old maps, I noticed my commute actually straddles two different railroads! It starts on the passenger railway to Bangor, but ends on the quarry railway to the quarry's own harbour. And on that note: the mill race in all likelihood isn't a mill race. The neighour says that runs closer to the river. What I found is therefore more likely to be a sewer! Much less glamorous...
Posted by Margot at 07:42