After I had oiled the ceiling a second time and the plumber had finished I was ready for the plasterer. But the plasterer not for me! He kept saying that he could start, just not as soon as he had previously said. Until he stopped answering my calls altogether. That is frustrating! I decided to look for another one. And that one would in all likelihood be just as busy, but maybe this one wouldn't stop answering my calls. That is a bit too much! So I phoned one, and booked him in for coming to have a look. We'll see!

The stove persons were also rather inert! If I would send them a text asking when they would do something again they tended to answer that after some time, and then indeed show up, but never to finish the work. Always one tiny step closer to completion! And then one day he mailed saying he couldn't get a liner into the one chimney. He said it needed sweeping! 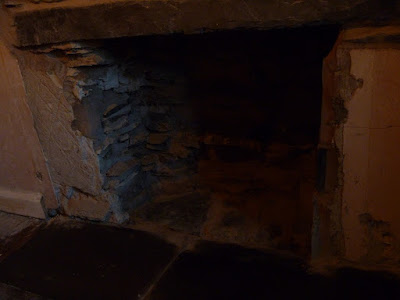 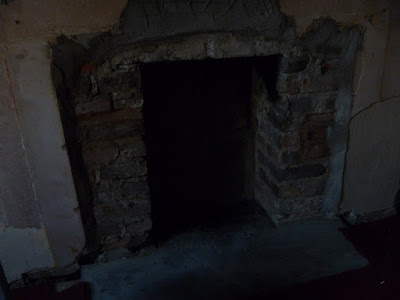 The fireplaces still waiting for their wood stoves

Having the chimneys swept was the first thing I did when I bought the house. But well, allegedly not a good job was done. I phoned another one. And booked him in! I hope that resolves the problem. And I hope things start moving again soon. This is getting a bit frustrating!
Posted by Margot at 09:19