Everyone had been visiting me! So now it was time to visit my mum. The last time had been in spring. And coming back to see my mum meant I could also go and visit Monique in her new house. We had pretty much bought at the same time! But her house was in a better shape so she was already living in all of it. And I would pop by my sister too. I had tried a few more friends but these were away!

I drove up in my uncooled car, but that was OK as it wasn't very hot. The travel went fine. I went to my mother and it was quite warm but very bearable! We did some sitting in the garden with her friends. Very nice! 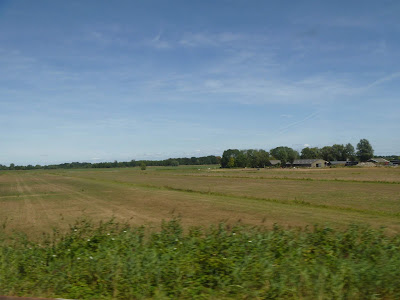 The Netherlands from the train 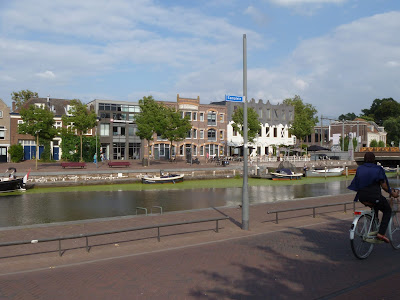 The next day I would go to see my sister. She had come back from holiday a bit early due to an unexpected event, and she was trying to make it a bit holidayish. Trying to do things on the fly can be a bit hard though, in the middle of the school holidays! We stayed in the garden, (in the shady part of it), playing a board game, but it seemed the children were starting to feel to old for that. We ended the game with only one under age person! But later we went for pizza picnic on the moors. That was universally popular!

The next day I first went for a nice long run; it was already quite warm but my standard route is rather shaded. So it was OK! And then I washed my hair. Later I went off to Drenthe; Monique had moved to the other side of the country! And it was a really, really hot day, but the trains were air-conditioned so I was fine. She picked me up from the railway station and, through the pretty rural landscape, drove me to her new home. It's a 70s house and I like mine older, but it was big and finished and had a big garden! For now we didn't want to be there; it was 38°C. The house was a bit obscured by her new dog though; she has a Stabyhoun (I think) these days and she's cute but also rather confused. She wasn't sure whether to kiss me or chase me away. She settled on the kissing! 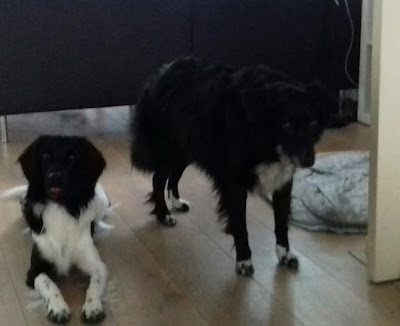 When I had seen the house (all immaculate!) we went to the shop and cooked a meal. Somewhere along the way her husband Mike came home. We ate in the garden; it was cool enough by then!

That night I was a bit tired; possibly because of the high temperatures. Monique and Mike had offered me a fan but I forgot! So I was too hot. And then a thunderstorm passed straight overhead in the middle of the night. Cue ear-splitting thunder, festooned with frantically barking dogs. I didn't sleep that well! But at least the next morning it was a lot fresher.

The next morning Mike worked at home and Monique and I went for a walk in a nearby nature reserve. It was all cloudy now, so quite nice! We walked over moorland and through woodland. It was great! 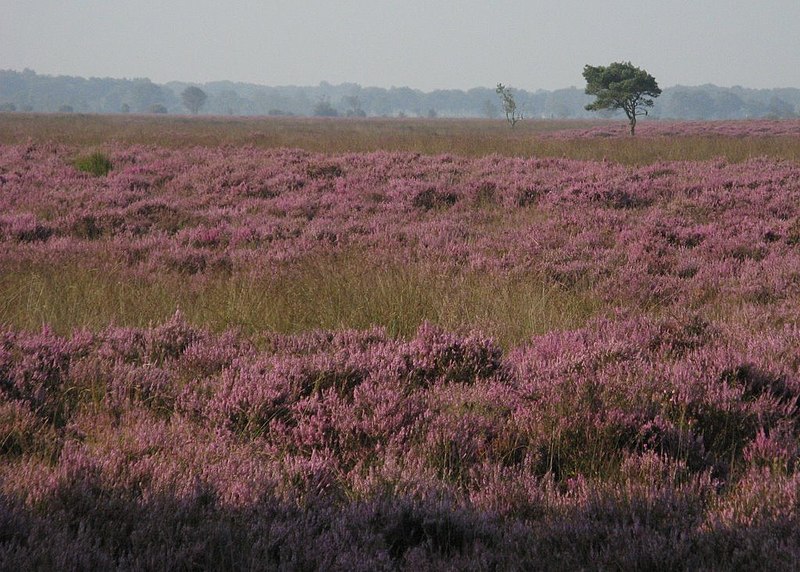 Wikipedia picture of Dwingelderveld where we walked. Pic by Donarreiskoffer


Later I went back to Amersfoort. And the next day I flew back. A short visit, as quite often, but it was good to see my mum again! As always. And the others too, but my mum has priority! 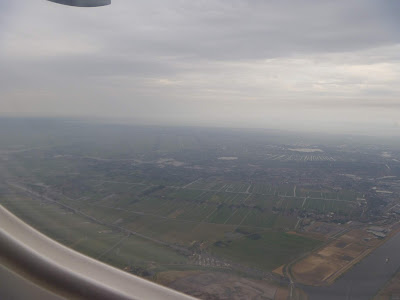