Another round in the garden

I had made a budget for doing up the house before I decided how much of a deposit to put down. But what did I know? The house needed much more work than I anticipated. So money vanished fast! When I had got the quote of the electrician I had immediately cut down my spending habits. He pretty much wanted all the money I had left! And I need to have some reserves for in case something unexpected happens. So I stopped spending on pretty much everything except the house and necessities such as (not all too fancy) food. The advantage, though, of all work folk vanishing for weeks at a time is that you can pay them a lot later than you thought! I hadn't seen coming the stove person and electrician etcetera would be so slow. But every month that passes without work being finished is one more monthly wage plonked on my bank account and making it less unready for what's to come.

My mother had noticed the house was eating money and was already trying to help. That was sweet! I did have to come over myself as she's a digiphobe and internet banking makes her go doolally. And not going digital has other disadvantages.

When my dad saw my house I think he was a bit taken aback by the state it was in. Loose electricity cables everywhere, bare walls, messy ceilings, and whatnot. He offered financial help too! And he has a bigger budget to work on. It was really nice of him. Now the pressure was off. So I went back to the garden centre and bought some plants! It's summer now, so this is the time to enjoy the garden; let's make sure there's something to enjoy! So I added to my prized succulents raised bed, added some plants to my somewhat improvised raised bed, and cleared out an empty bed that had only had weeds in. The weeds went onto the compost heap, and I loosened the soil. My dad had given me a new gardening tool which did the job excellently. That bed now has plants in too. And there was a bell pepper plant on special offer so that now lives in the conservatory! Success! I hope my plants survive whatever the rest of the summer has to throw at us... 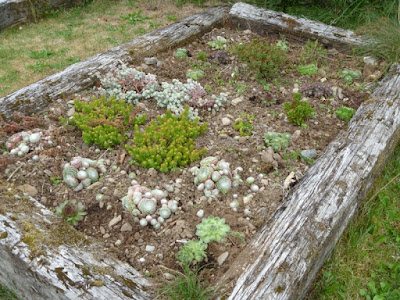 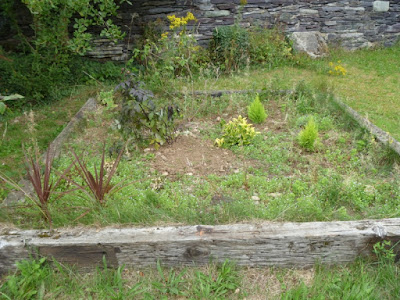 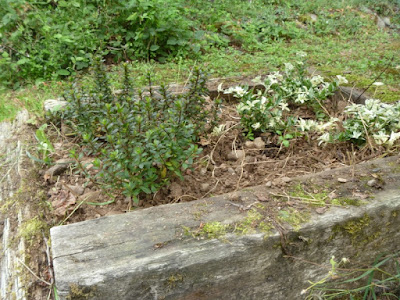 The bed that only had weeds in