The first time I rode to work, I rode back with my Welsh class mate Sue who suggested a different route. I was trying to keep up with her, it was dark, I lost her somewhere along the way and we ended up doing the last bit on the A5. Not ideal! But recently I wanted to pop by a DIY shop on the way home to buy linseed oil, and that was a good opportunity to retry her route; this time, knowing where I was going, and in daylight.

The bit between the port that was the endpoint of the old railway and the DIY shop is a bit dull as it runs along the main road. But soon after you end up on the old road. It's very, very quiet; in the middle it's blocked for cars, so only pedestrians and bikes go there. And not many of those! It's rather nice. The drawback is that you approach the A55 a bit higher, and then go undeneath anyway, on a clunky concrete road. That's my least favourite bit! But then later you end up on the (quiet) road to Tregarth and it's all very idyllic. It does have some stretches where you are riding on the pavement along the A5; that's not ideal as some bits are badly maintained and mayhold lots of puncture-causing surpises; the imperfect maintenance also leads to nettles and brambles and such sometimes reaching over the path, and biking along the A5 in general is unpleasant. But you get these lovely stretches of empty road! I'll be doing this more often. It even feels like less hard work. Certainly it is slightly shorter!

Thanks Sue, without you I would not easily have come up with this route! 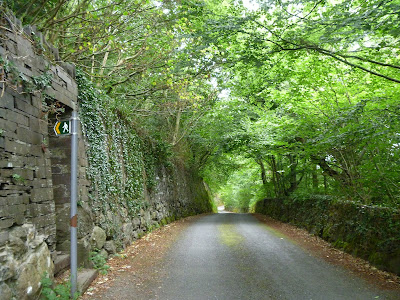 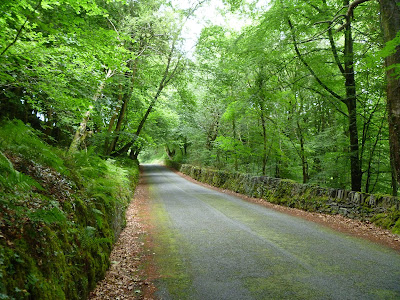 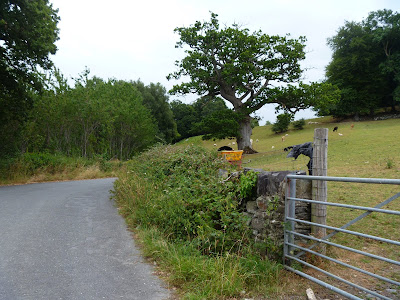 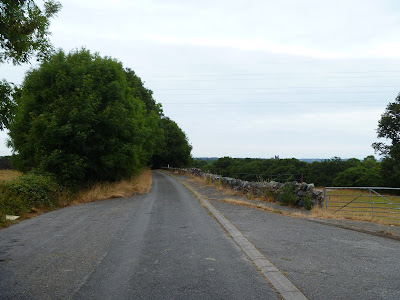