The last time I moved house I noticed I should repair my desk. I'd been overloading the drawers, and some of the runners had started to give up. But these were just immobile pieces of plastic, and that's easy to replace. Just put immobile pieces of wood in their place! So when I was in my 'old' house for a bit, I decided to remove the old runners and measure them up. Some slats I had were the right thickness! And one, cut lengthwise in three, would provide all I needed.

Another lull in other house-moving business allowed me to quickly saw up a slat into the right sizes, drill holes in the runner things, and file off the pointy edges. And screw them into position! Even though the bit where the drawers go doesn't get a lot of sunlight, there was clear enough colouration to see where the old runners had been. 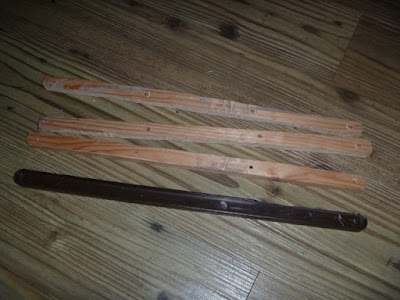 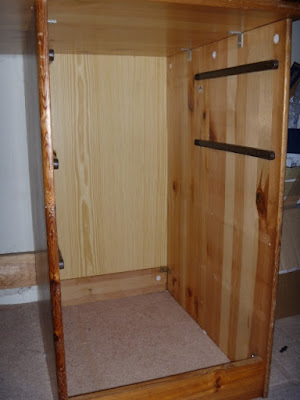 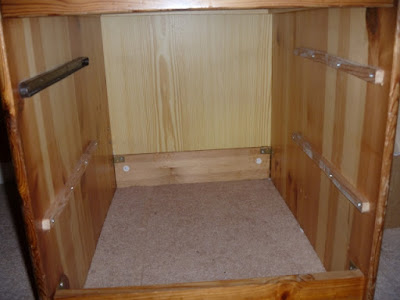 It was done rather quickly! So when I set up the desk in the new house, I can welcome it to a new phase in its life! Always satisfying, keeping something old going. I've had that desk since my Amsterdam time! And now it's ready for a Bethesda period!
Posted by Margot at 06:58