I moved during a weekend. On Monday I went back to work, be it only briefly, as I had to be back for a tradesman; I commuted by car. The working day would have been really really short if I would have biked! And I hoped to pop by the recycling centre but that didn't happen due to circumstances.

On Tuesday I would have a full day. So I biked! It was even an almost dry day. And it was nice! It took me an hour as I stood still to take a picture every 10 meters. I had biked most of it before, as a recce in January, but I hadn't taken any pictures then. On the way back my trip would be split; I have Welsh class after work on Tuesdays, and that's about a third of the way away. 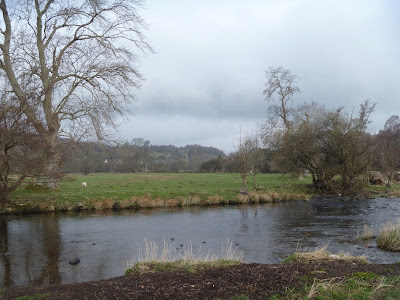 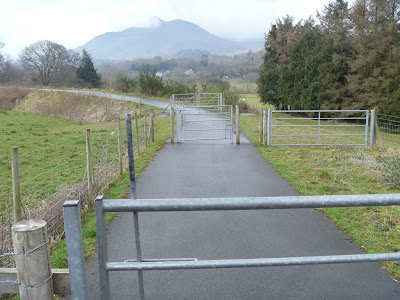 This is no tmy favourite bit; there'as another set a bit further up 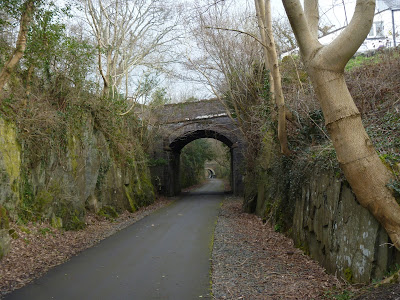 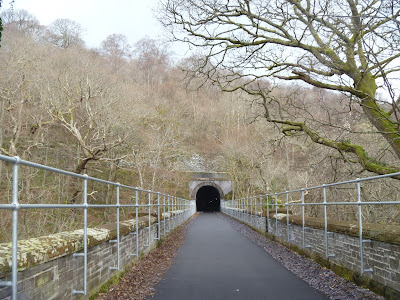 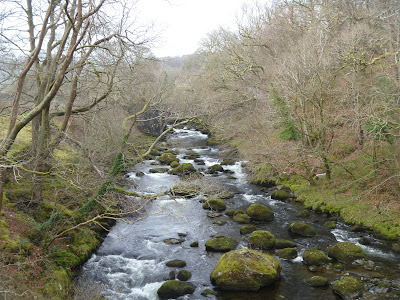 View from the bridge of the picture above 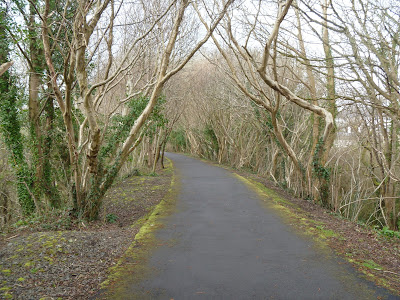 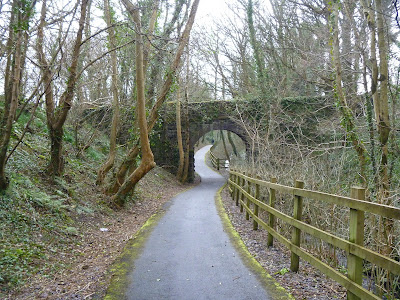 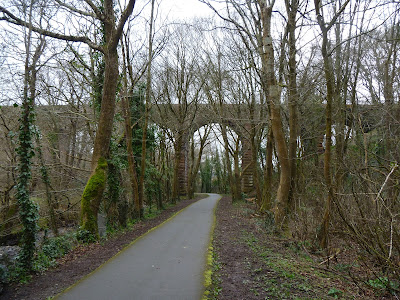 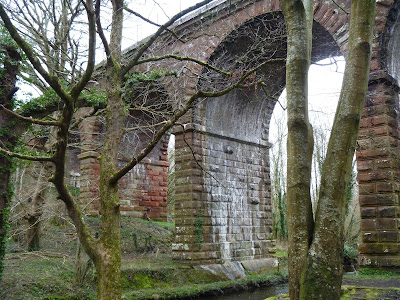 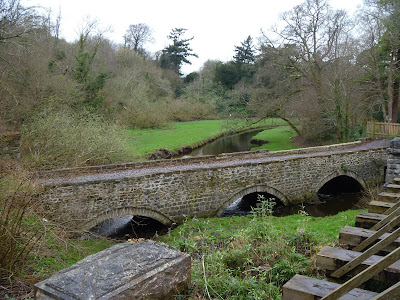 The way back went unexpectedly; I rode back with a lady from my Welsh class who lives in Gerlan. The problem was: she does this every day and has done so for the past 18 years; she was on a brand new sophisticated bike; and she wanted to go back via some route I wasn't familiar with. So I couldn't keep up. My decades-old 20kg bike and my untrained body were no match for her! From time to time I caught up, but she was sometimes quite far ahead of me. And she was during a crucial turn. I didn't see her take it! So I went sraight ahead. I was on the A5. One of the big sells of my house is that you can get to work, pretty much entirely avoidign the A5, but here I was, plodding along on it anyway. Sue caught up with me again, having noticed I wasn't behind her anymore, but we were committed to the A5 then. Oh well! She explained where she had gone and it makes sense. It's not a bad route; you only need to do tiny bits of the A5 if you do it well! And as late at night as after Welsh class the road is quite quiet.

At the end I pointed out my house. I had got my exercise and learned a new route! That's worth doing some annoying A5 riding...