I hope to have the Dutch hikers over in autumn. I want to take them through Snowdonia again, but this time a bit further south; around Blaenae Ffestiniog to be precise. But it helps scouting out the terrain before coming up with a route. Some paths on the map don't really exist; some pathless bits on the map actually do have paths; such things matter a lot for how much distance you cover in a given time. So when I would be in Blaenau anyway, in the morning, I would be silly to not seize the opportunity.

In spite of it perhaps not being a logical place to start from, I had decided to park in Blaenau and walk up Maenofferen quarry. I had been there before, of course, but never like this. I thought I'd walk out along the west side and then return east, but my plan wasn't very solid. Navigating a quarry is tricky as on the map they tend to be blobs; the very nature of the enterprise is that roads and contour lines change all the time, and the Ordnance Survey can't keep up. I just walked the obvious route, and figured it actually was rather western. I also realised I had not brought sunscreen, which would mean I would have to make this walk rather short. Oh dear!

I walked over the broad roads of the active quarry, until I got to a nice old incline and just climbed it; I like inclines. From there a beautiful tramline ran into the distance. Forget the plan, where did this lead to? I thought of doing a triangulation to find out where I was, but Blaenau is on the edge of the map; I was on one side and what I would aim my compass at was on the other. Not impossible, but too much to ask for someone who had got up at 5:15. I just went on. After a while I saw a lake; that gave it away. I was clearly heading straight east (it was around noon in summer so the sun wasn't giving much away on that front). No probs! I walked on to the nearest mine, as I couldn't resist, and then looped back to the quarry. I had never walked in that area before, it was stunningly beautiful, and I didn't meet another soul. Splendid! I look forward to walking this with autumnal friends! 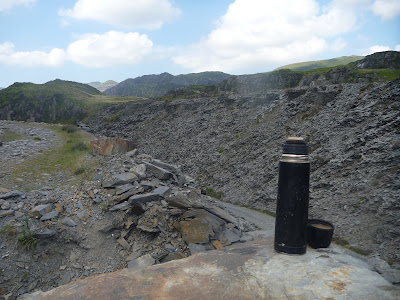 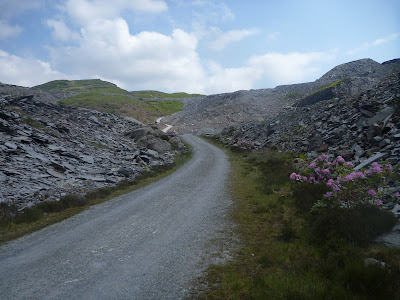 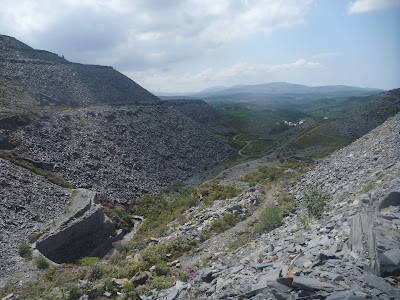 View into the quarry from above 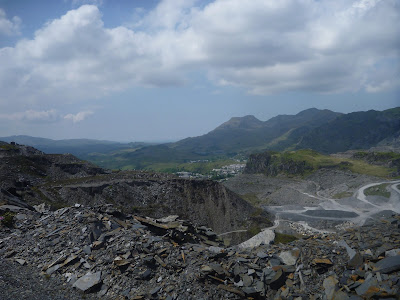 View from even higher up in the quarry 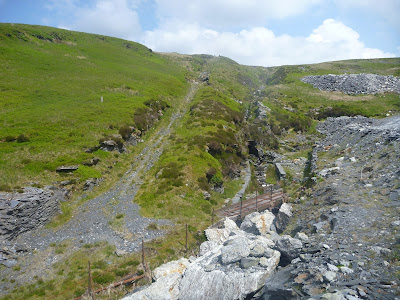 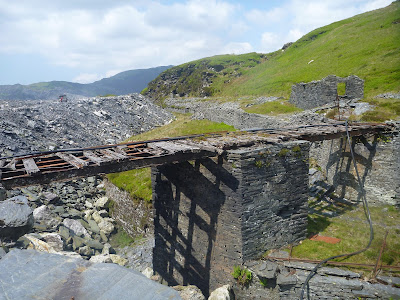 The railway bridge up close 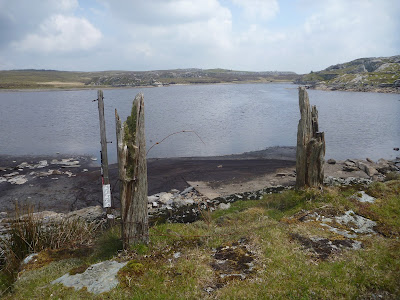 One of the lakes 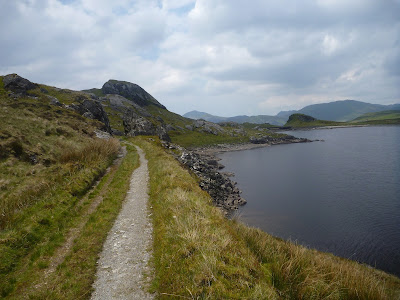 The lake seen from a different angle 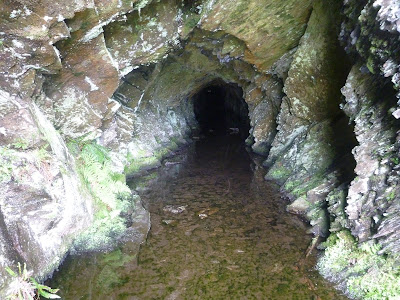 I didn't go further in than this! Honest! 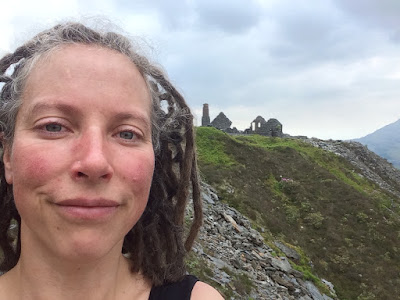 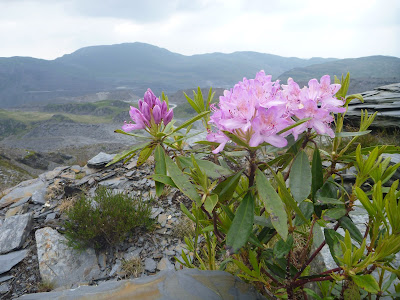 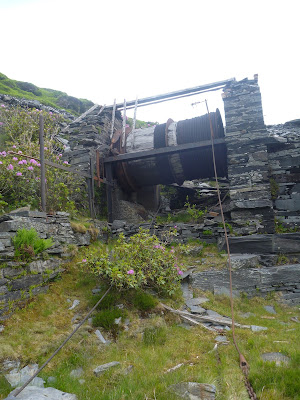 The drum house at the top of another old incline 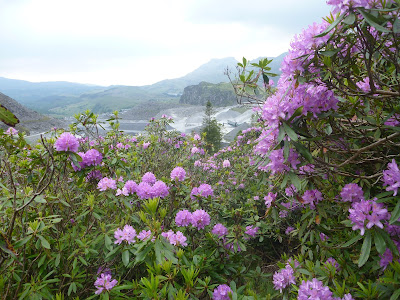 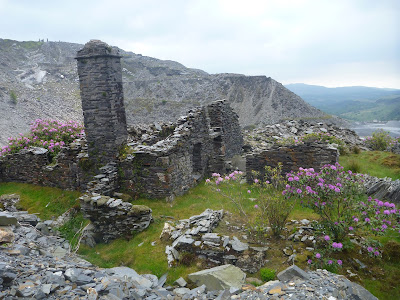 The old quarry foreman's cottage (I think)
Posted by Margot at 10:33