Rig when you can't climb

What does the Met Office know. The weather forecast for Monday night, climbing night, were a bit on the edge. Eifion ruled that where we wanted to go would stay dry. I drove up to the meeting point, which was the church of Rhoscolyn; it was very beautiful there! But I had driven through heavy rain and I was a bit worried. When we got to the rock face it indeed started raining. That turned the otherwise very grippy rock slippery! Not very good. Going to the base of the intended pitches became rather dangerous so we aborted that mission. The men figured rigging a scrambling pitch (from the top) would be a good idea, as we can do with the practice. I first went on a little scamper as the place was beautiful, and I hadn't been before! I didn't mind the rain; after days and days of blazing sunshine it was nice to get a bit of a cooling down. 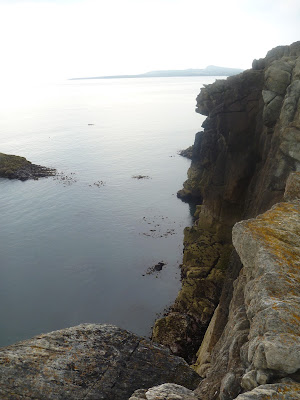 The sea cliffs we had hoped to climb 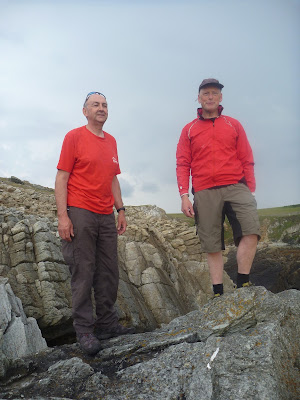 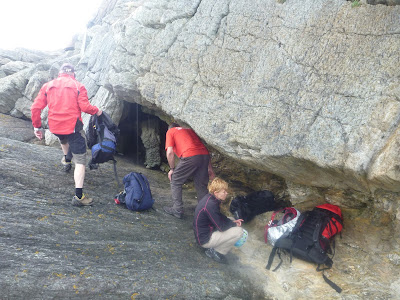 Placing the bags out of the rain 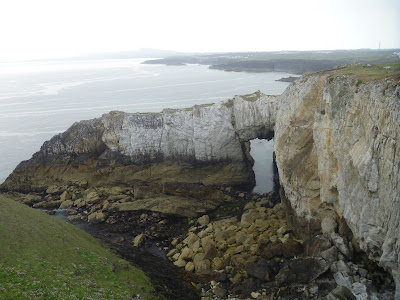 The lovely view, with Holy Mountain on the horizon 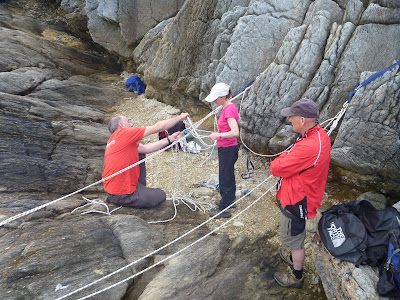 When the pitch was rigged some of us practices locking off a belay, and unlocking it again. A bit tricky! But I was getting a bit restless. I wanted to send off my last radiocarbon samples that week, and I had already spent the entire weekend having fun, and I was still a bit sleepy. Should I really be there? I decided to go home. I hadn't climbed a meter, but that's the way things go sometimes. At least I got home early and got ready for the rest of the busy week!
Posted by Margot at 09:03