Everything conspiring against students

James and I have two project students. One would work on one of our cores from the Irish Sea; the other one wanted to work on as many cores as possible from the Minch. These cores are kept in Edinburgh; I managed to get them shipped to Bangor. When the cores arrived the students were keen to get started. A good thing! They would subsample, sieve, and pick for forams. But then one of the technicians came in and took all the sieves. And the palette knives we use for subsampling. And one of the low power microscopes. And the picking brushes. All of that would go to Laugharne, for the field trip. And we realised we had a problem.

A large part of the kit they would need would not be available for two weeks. That's long! They only have a few months. And some of the kit was nowhere to be found, or had run out. Normally we have a lab technician who sorts that sort of stuff out, but the last one had found a better job and left, and we have no replacement yet. And James was at a conference and couldn't help with anything. Panic ensued! 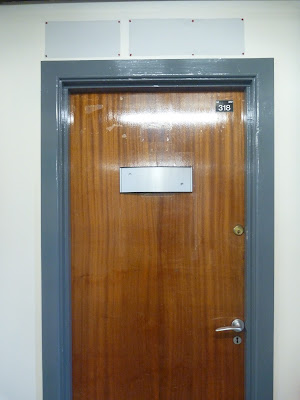 The decidedly nondescript door of the lab technician's office

I had the students sub-sample and sieve as much as they could that first day. Later that day, though, I found the man who heads the sediment lab, and he has sieves too. These don't go to Laugharne, and he was happy to accommodate our students. That took the pressure off; the panic was over. Things were still awkward, though, with not enough keys being available, and the lab not being kept stocked as we have no lab manager. Stuff runs out, stuff is nowhere to be found, and we have to make things up as we go along. Not ideal!

In the meantime, it was also a bit awkward the students had only submitted their project plans to James, so I didn't even know what exactly they intended to do. And I had tried to wing a few things without bothering James, so he wasn't fully informed either. Altogether I don't think these students have a very good impression of our research group.


We don't let this get in the way too much, though. We just had more keys made so the students can let themselves into the labs, we bought more picking brushes, and I found a low power microscope in a cupboard. We had a meeting so we now all sing (more or less) from the same hymn sheet. James is sorting out that one of the lab techs of another lab sometimes comes and helps out with these labs. We'll get there somehow! And the students learn to cope with working under strained circumstances; a very good skill to have... 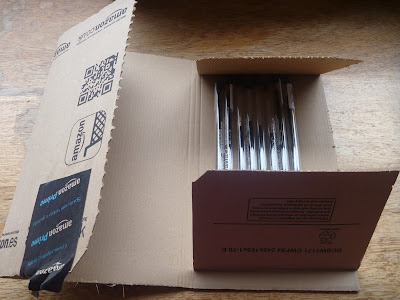 If you need picking brushes, who you gonna call? Amazon!