Fish eat plastic like teens eat fast food; it was a catching headline. Aside from fish and plastic pollution, it refers to what seems to be a received wisdom: young people eat less healthily than older people. True for me, but it gets truer and truer. I never saw myself as an unhealthy eater (maybe nobody does), but I have become notably pickier in the past few years.

A few things have changed: I am more aware of what I want, I am decreasingly willing to eat socially, and I drink less. I don't remember being particularly aware of wanting specific things when I was in my twenties; now I know at all times if I want anything to eat and if so, what. If I don't feel like eating something I won't. I remember seizing opportunities in the past; no more. There is much that supermarkets sell as food that I don't recognise as such. I also don't trust the food industry! They'll try to sell you anything. And I want to keep the reins tight. I decide what I eat. As far as I can...

My food tends to be vegetables (including potatoes), pasta, and dairy. And of course, most of these are heavily engineered. Cows aren't what they were before they were domesticated, and the same holds for vegetables. But just buying veg and turning it into a meal allows you to have a much clearer view on what it is you eat than if you buy ready-made pasta sauces or things like that. These might just be grease, sugar and colourants. Not something I want to build my body with! 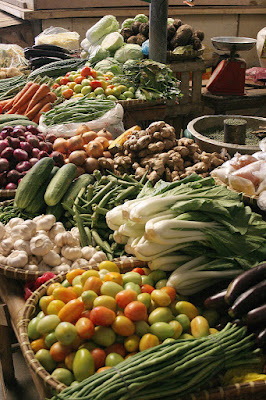 After an underground trip there is cake, if we have Mick. If he bring home-baked goods (not home-baked by him; he has connections) I tend to have some, but if it's store-bought I pretty much never do. I don't have a sweet tooth, but home-baked cake tends to appeal anyway. (This helps in the cake competition!) Factory stuff just doesn't float my boat anymore. Mick is used to my quirks, but even if he weren't; I maintain the right to not eat whatever it is I don't want to eat. Sue me!

All this has also made me less keen on going out for dinner. Drinking less does too! Eating out is fun once in a while, but if I do it too often I start craving my own simple veg dishes. And these days, I rarely drink more than two pints per week. Maybe it's the turning forty, maybe it's just the health thing. I decided a long time ago life is too short for hangovers, but it's a recent thing I really only drink small amounts. I noticed I'm now below what is societally desirable but I don't care.

Combining this healthy eating and moderate drinking with my increased exercise regime turns me into a bit of a health freak. And part of that is pragmatic; I climb and explore mines so I need upper body strength, and being fit is needed for e.g. exploring the beautiful mountains around here. Part of it is self-expression; I realised I'd like to be strong so let's put some effort in. Part of it is hedonistic; it's just nice to feel healthy and fit and strong. But there is a darker side to it, I have to admit; I am also very aware of the fact I'm a solitary living creature, and not getting any younger. What will I do if I get ill or injured? All my family is far away (not that I could take them for granted anyway), and I only have two-year friendships here. Not enough to really know who, if anyone, would come to my aid if I would be temporarily incapacitated. Better keep the likelihood of my health failing to a minimum! Hand me another carrot...
Posted by Margot at 18:33