I decided it was time to visit the North York Moors. And this time stay at the surface! I had received books with "walks on the North York Moors" as leaving presents (thanks gentlemen!) and it was about time I tried one. So I picked one that wasn't too far away and had some proper moorland in it as a first, and off I went!

In unknown terrain you never know how seriously you should take the paths on the map (the booklet uses bits of OS map). Quite soon I realised I had missed the first junction. Not to worry; I could just get back onto the route with a small detour, but it showed I may have underestimated the unassumingness of the tracks that made up the route. It would happen again! 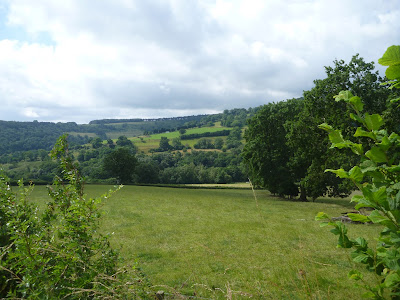 It started in rolling fields 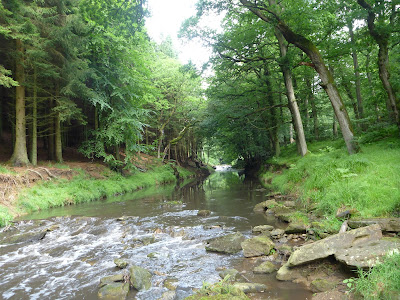 I soon crossed the Rye

A while later the same thing happened. Another small detour. And soon after it happened again - this time I went back and found the tiny rabbit-track that I was supposed to take. But by that time I had completely buggered my average speed! 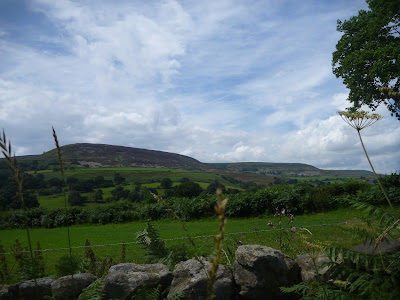 Barren moorland beyond the fields

At some point, in the woods, the path just disappeared. I decided to head straight ahead; I knew I would hit the moorland that way, and on the moors you can see paths a bit further ahead. And it worked out! But the path was on the "wrong" side of the hill. By now I'd been walking for three hours, and I realised I still needed to keep some feet credibility, as that night I would go dancing. So I cut the route short and went back to my car by the fastest route. And it was even faster than I anticipated; I bumped into a Moors ranger who offered to drive me the last mile or so. Very nice! 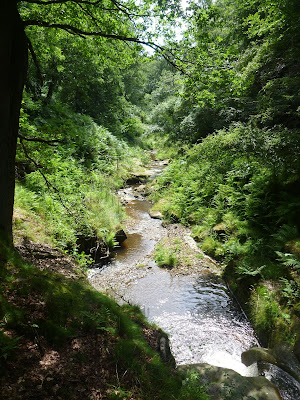 Back over the Rye 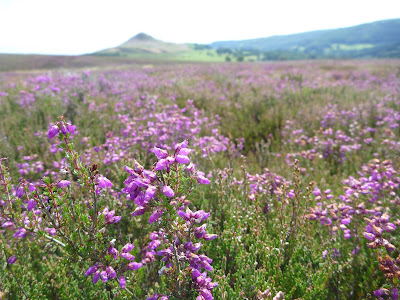 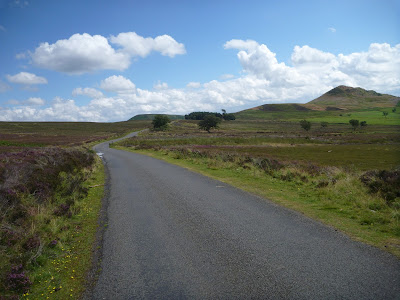 The road back to civilisation

Altogether it was a modest introduction to the Moors, but one has to start somewhere! And next time I'll be more observant when it comes to the small tracks. They are the most charming, after all!
Posted by Margot at 08:56