Standing up for Science

“We try to get it right, and we are generally nice people!” If people feel the need to confirm this something is probably wrong. So who was saying this to whom? It was a science journalist in front of a room full of scientists. They should be the best of friends; science journalists wouldn’t have a job without scientists, and scientists would struggle to get their work noticed by society without the science journalists. But a lot of mistrust hangs over this collaboration.

Where did this attempt to bridge the abyss take place? At the afore-mentioned course on science communication “Standing up for Science”, organised by “Sense About Science”. The latter is a charity aimed at helping scientists to get their message across, and helping the community to find the scientific support it needs. They were approached, for example, by an organisation of fire fighters, who were worried about clambering around on roofs just next to phone antennas. Would the radiation pose a threat? If one asks internet one can get all sorts of loudly proclaimed opinions, but who to trust? Sense About Science will show you the way! 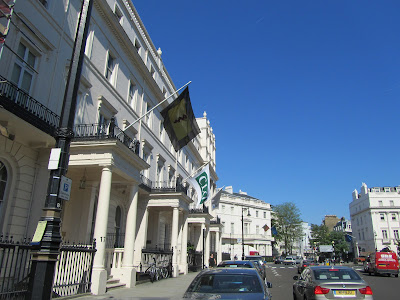 The glamorous venue at Belgrave Square, kindly provided by the Society of Chemical Industry


Another of their actions has been to write a flyer on the peer review process. For those unfamiliar with it; it is the selection process scientific manuscripts go through. If you send one to a journal, the editor will ask a few fellow experts in the field to review your manuscript. They can recommend publication as is, revision, or rejection. The editor has the final say. As scientists have something to lose by letting standards slip, this process tends to be very thorough. Sense About Science has explained it a bit better than I just have. They point out the merits, but also the weaknesses of this process. And explain the relative merit of peer-reviewed sources compared to other sources. And they have sent 1/2 million copies out in all directions, making it a part of civil service training and a school resource. One could assume many lay people would not be aware of this phenomenon, and might make the mistake of equating proper scientific literature with, say, any polemic in a blog. They also sent a flyer about statistics and how to make sense of them to it to all MP's and lords in the houses of parliament! And I don't know how many of these flyers have gone linea recta into the waste paper bins, but every single one that is read and taken heed of is a major triumph.

At this occasion they had organised a workshop for early career scientists to give them some advice of getting their message across. In order to do that they had invited three panels of experts: one with researchers who had lots of experience with the media, one with science journalists, and one with people such as media officers.

One of the researchers, Steve Keevil of (among others) King’s College in London, had a fascinating story to tell. He was involved in MRI science; something evidently very societally relevant. His field was shaken up when an EU directive would become effective which would seriously limit the use of MRI. All with the best intentions, but in effect severely limiting the diagnostic methods available to the medical profession. He had alerted some powers that be, but these had just said he had to live with it. EU directives are irreversible! 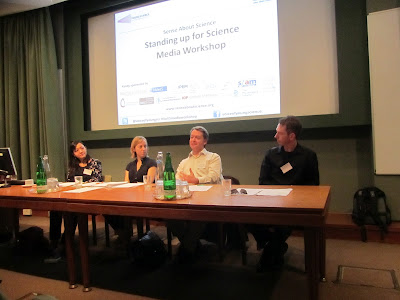 The panel of researchers. With Steve Keevil talking


He had then contacted Sense About Science. They had advised him to send out a press release and hold a press conference. He thought they had gone mad! But he did it. And it caught the attention of the public. And through that, it caught the attention of politicians. Before he knew it he was on a panel that advised parliament. That EU directive has been postponed more than once. And is likely not to be passed at all. Victory!

The journalists, after reassuring us they’re not trying to stitch us up, also had interesting stories. One lady working for science programmes on the radio (Michelle Martin) said she often phones scientists to see if they are willing and able to collaborate on a programme. And that phone conversation is the dress rehearsal. So scientists; don’t save your brilliance for the actual interview; if you do that it may not come!

The last panel included a lady from SAS itself. She encouraged us to become a member of their network “Voice of Young Science” (VoYS); the people they call on if they get a request from the public. They always have use for more people! And it is a great chance to now and then really make a difference. I was glad to hear that you don’t actually have to be below any specific age to join... 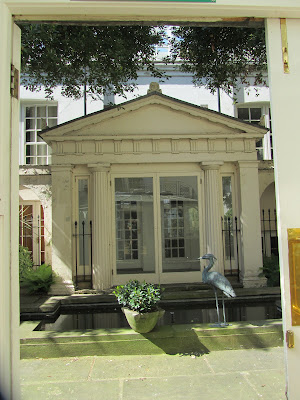 The charming courtyard of the venue, which accommodated the tea break


With all these panels the room had lots of discussions, and between these sessions there were group discussions of only the scientists. It was great to hear all these things, get all sorts of new ideas (I’ll start tweeting! And join VoYS! *) and make contacts with all these other people out there who are interested in science communication.

My last question was if someone had a tip on how to deal with aggressive comments. One quite regularly bumps into climate sceptics who think all scientists are part of some nasty conspiracy, and they are not particularly keen on listening to a balanced scientific argument. It’s all part of the conspiracy, right? A Danish girl stepped in there, and said she had witnessed an astronomer being interrupted by someone saying “but the moon landing, that was all fake, wasn’t it?” The astronomer then didn’t open a register of scientific publications based on the moon landing; he just said “if it was fake, don’t you think the Soviets would have found out, and loudly exposed this scam?” I should keep that answer in mind... 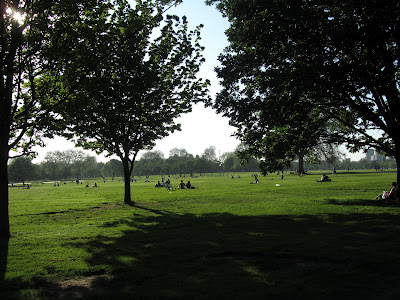 On the way back I walked through a summery Hyde Park

*And I have! Partially documented already...
Posted by Margot at 22:23