Sex sells, so who could resist using the name of the hill they climbed as the title of the blog post describing it, if it has such explicit associations as this one? Not me. But now I've given it away; this is a description of a walk on the moors. Bodmin Moor this time; I had hardly been there, and it seemed to be emptier than Dartmoor. And it is!

One day I set out with Hugh to climb Brown Willy; the highest point on Bodmin Moor, but time was short, as was my health, and we didn't make it. And as I had forgotten my camera that attempt didn't even make it onto the blog. But that has been put right now! On an amazing day with slate grey skies, but sunlit hills, we made it. And on Willy himself we met several other walkers, but these all had approached him from the other side; we had the moors to ourselves on "our" side. It was beautiful! I's a bit of a drive but it's worth it. 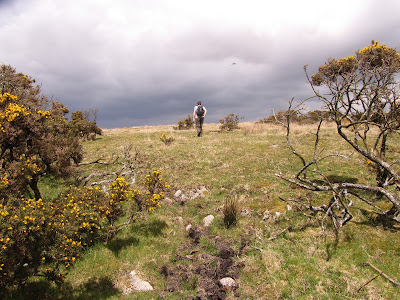 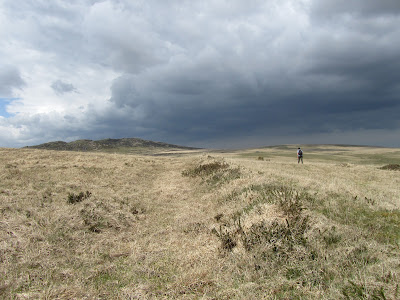 Brown Willy on the horizon, and the typical view I have of a long-legged Australian 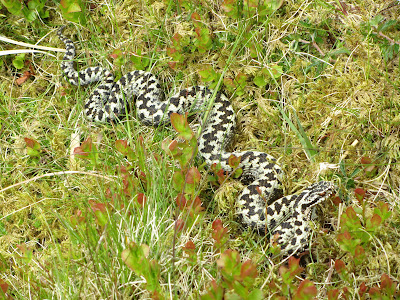 We were met by a decorative adder on the top of Brown Willy! 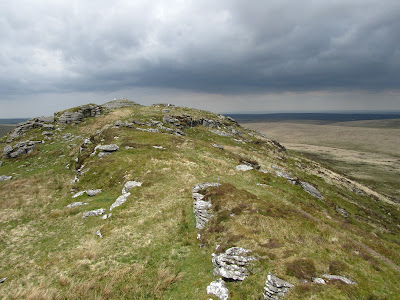