The Dutch navy in a quarry

Nobody expects the Dutch Navy! That sure is true on a sunny day, which is utilised for a walk on Dartmoor. I thought I'd show Hugh Foggintor Quarry. We took our time getting there; no reason why one should not seek the shelter of an old railway bridge for some reading and basking in the sun. But we reached the quarry anyway; soon we heard that we were not its only visitors. And turning a corner we saw a young man suspended above the quarry floor. He was travelling along a rope that stretched across the quarry. We hadn't seen that one coming! And upon closer approach we found out this was a training exercise by the Dutch Navy. The youngsters were not just crossing the quarry in the air; they were also rock climbing, abseiling into water, swimming, and abseiling face first. And who knows what else. It looked like a lot of fun! 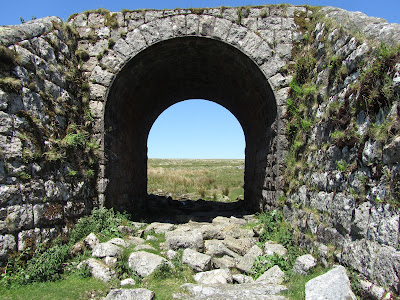 It was very windy that day; we chose this bridge as a calm place for applying sun cream. And while we were at it anyway we also read a bit, sunbathed, and had a sandwich. Very nice! 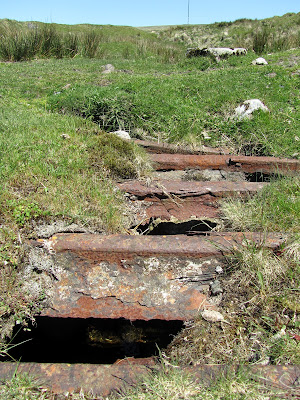 The path that went underneath the bridge had sustained some damage... 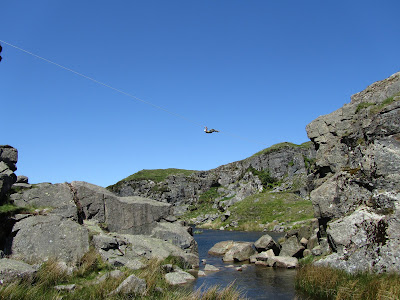 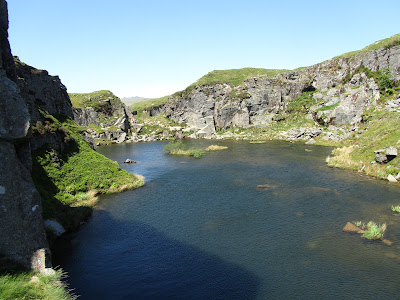 The lake in the quarry
Posted by Margot at 06:35