My generation of Sahers consists of six women and one man. Of these six women, four have children. Each and every one of these four has given the children the name of the father. Two are childless, and may well remain that way. So the women probably won't bring the name to the next generation.

The youngest of all of us is the one male. He may well have children one day. If he does, and he gives them his name, we won't go extinct soon. I hope he does.

There is only a handful of Dutch Sahers. We all descend from my grandfather, who came to the Netherlands in 1917 or 1918, to get some meat on his bones. He was a poor boy from Essen, and the German economy had been hit hard by WWI. He enjoyed the hospitality of his host family so much de stayed. And now, almost 100 years later, I can write this blog because of that. 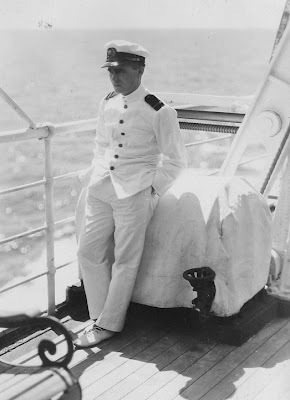 The story is much, much longer than what I just wrote. And the best person to tell it is my father; my grandfather's eldest son. Due to WWII and its disruptions he is much older than his brothers. He is the oldest Dutch Saher, and if he would die he might take a lot of these fascinating stories with him. 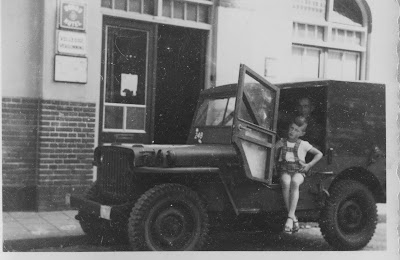 My father in the jeep of an English liberator in '45

He realised that himself too, and decided to do something about that. So he wrote a Word document of a few pages long. But came up with more and more to add. And this document grabbed the attention of many other Sahers and those associated with them. The document started growing. I had started to read the initial Word document when my father told me to wait for the next version. That came; it was 100 pages long, and beautifully illustrated. But when I started reading that my father interrrupted again: I had better wait for yet an even more extended version. 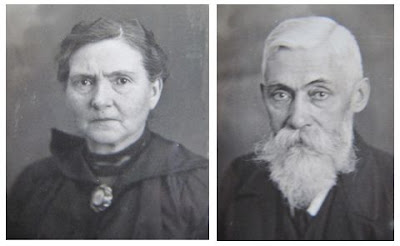 My great-grandparents (via the male line); I never had any idea what they looked like! I should photoshop that beard onto a picture of my father (who doesn't look like he does on that picture with the Jeep anymore); the similarity might be striking...
Now I have a 130 pages long, and even more illustrated, document in my hands. It's a page-turner! All these things my ancestors have gone through. I knew the story of my grandfather choosing a new set of parents. I also knew of him naturalising in the interbellum, and of him being imprisoned by the Japanese in Indonesia. But having the stories written down in detail, with drawings and pictures and scanned documents and maps, is something different. And these two items cover only a small part of these 130 pages! You can imagine I am mesmerised. It's like I always have been staring back into the past with heavy nearsightedness. And now my father and all the others who have contributed have handed me a pair of glasses...
Posted by Margot at 11:56