Durham: been there. Bristol: been there. Southampton: been there. Liverpool: been there. Plymouth: live there. Oxford: hadn’t been there! So when we got together for the kick-off meeting of iGlass, which has scientists from all these places, I was glad that Eelco, the project leader, had chosen the rather centrally located Oxford University as the venue.

On a sunny Sunday I got into the train with Roland, emerging into a dark Oxford. Less than an hour later, we were in a pub, meeting up with Tasha. That pub was Oxford’s most famous one, and, quite likely, also the least conspicuous: the Turf. We decided to dine there too, and then Roland already called it a day. Needless to say we hadn’t seen much of this famously beautiful town! As we had had a quieter night the previous day, Tasha and I decided to add one more pub and a few hundred metres more of Oxford streets to our repertoire: we had a last pint in what allegedly was Oxford’s oldest pub: the Bear. When we came in the first thing we saw was an elderly gentleman in a scholarly gown, reading the newspaper over a pint. We couldn’t have gotten a more Oxfordian reception... 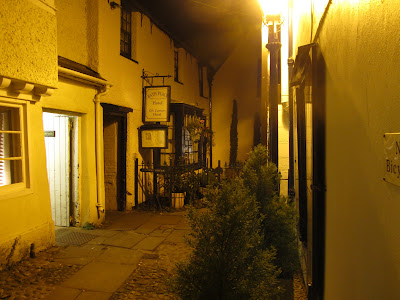 Only when behlding this picture at full size will one see the little sign "Turf Tavern"; that's all that hints at its location! 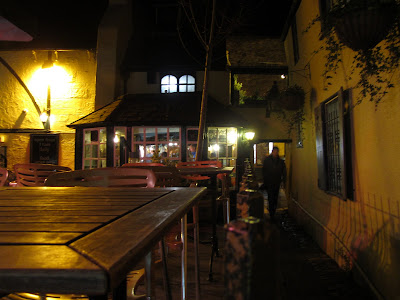 The Turf itself! Notice the reassuring blue glow of Roland's coat inside; its owner is ordering us a pint...
We got back at a reasonable hour, so I decided to get up early the next morning, and have a stroll around town in daylight, before the meeting would start. As soon as the meeting would finish Roland and I would have to go to the railway station in order to still be able to make it home. So when the sky was still pink and the grass white I strolled around, with my camera ready. It is indeed very pretty! It’s almost becoming a series: Margot explores the prettiest town in the UK in around an hour... 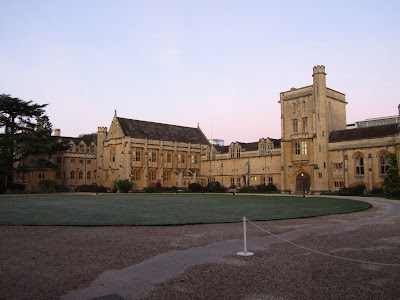 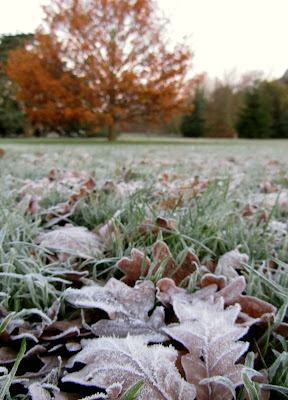 Frost in the park 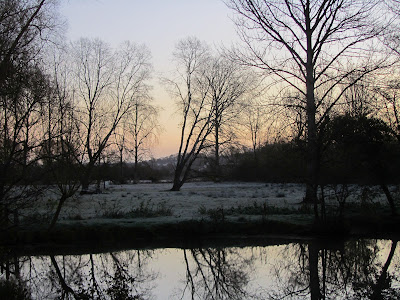 Melancholy trees along the river 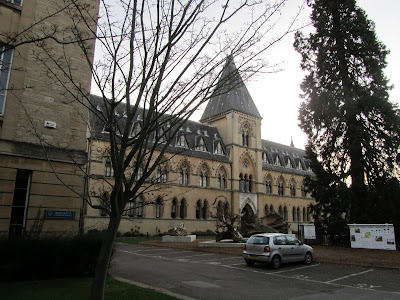 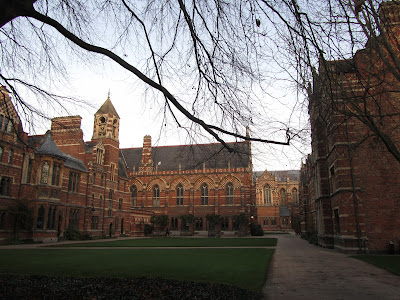 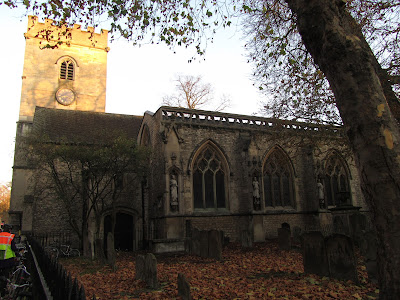 The St Mary Magdalen; cute little church in the middle of the shopping area 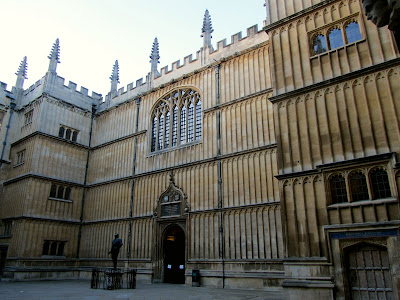 Courtyard of the Bodleian Library 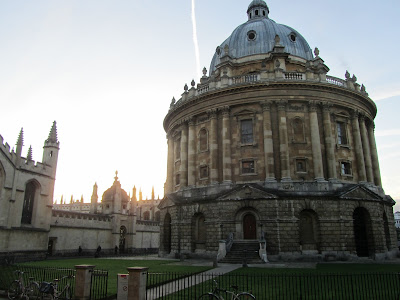 The Radcliffe Camera in the sunrise 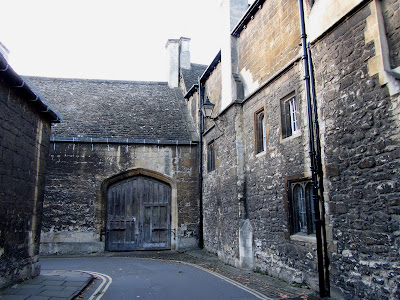 Rather random and very old looking alley
Posted by Margot at 13:52