If you drive for an hour to a castle to run a 10 mile race, you may just as well enjoy the castle itself too, before you go back. And this race didn't come with showers, so we walked into the impressive entry hall smelling somewhat inappropriately. But nobody seemed to mind.

Castle Drogo seems to be the last proper castle built in the UK; they started building in the 1910's, but because of WWI getting in the way, and other drawbacks, it wasn't finished until the early 1930's. It was designed for some rich industrial who wanted to flaunt his wealth. And I prefer old stuff! Not neo-medieval pretentious fake. So I was a bit sceptic when I walked in. But that would change.

The Drewe family, which had it built, hadn't lived in it very long; by 1925 they moved into the half-finished building, and already by 1974 they sold it to the National Trust. And in 2009, this organisation restored it to the state it had somewhere in the earlier years of its occupation. And it's all 20th century, but still it has style! I loved both how the architect had managed to make fake palatable, how they had built a house that looked semi-ancient but was technically cutting edge, and how it now provided a time warp into the past, far enough back to be the realm of my great-grandparents. I enjoyed it! Hugh was fascinated too. And they also had very classy gardens. I felt my colonial gown rustling. Except that I was dressed in a sweaty sports bra with a newly acquired race T-shirt on top. A good combination of first running through mud, and then getting all into aristocratic mode. I think I'll be able to find more off-road runs, but probably not one with such bonus! 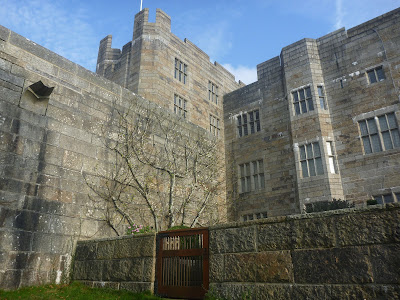 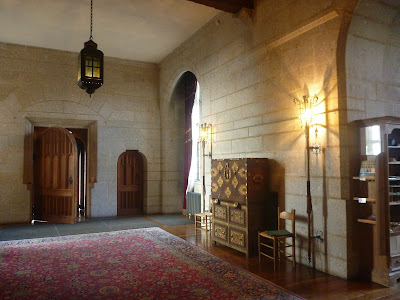 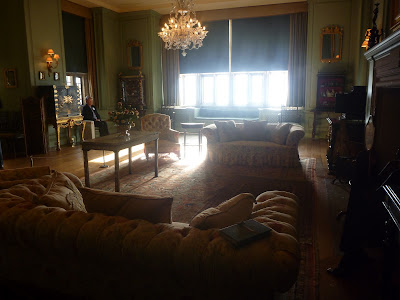 Would this be the drawing room? 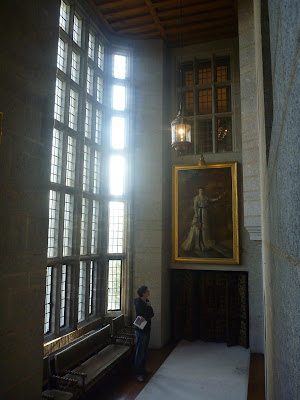 Even the corridors were majestic 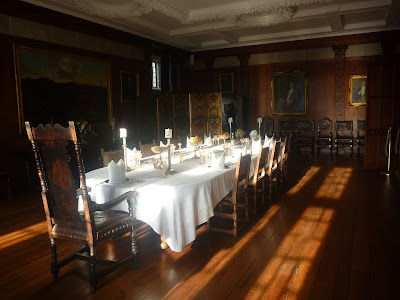 Does this need explanation? The dining room 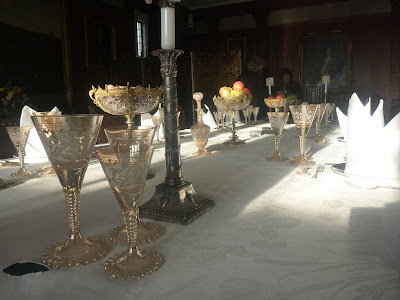 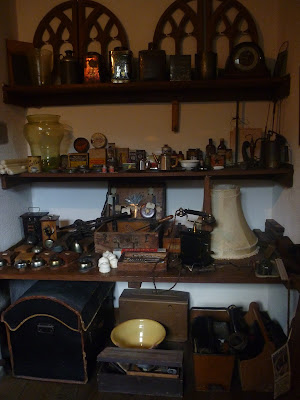 This is servants' territory: the repair-paraphernalia-cupboard 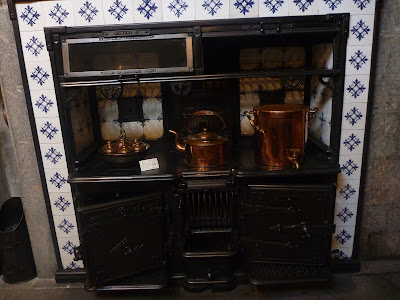 A stove from the days when they were still beautiful 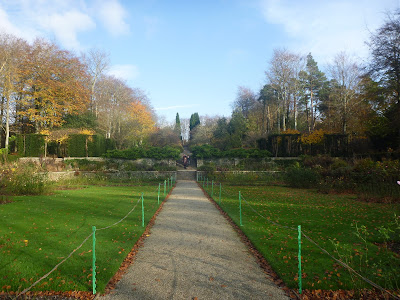 And last but not least: the gardens!
Posted by Margot at 08:26