The early bird gets the mine

“There’s a trip down a mine on Saturday! You would have to be ready by 6AM, though…” Most people would not have been too tempted by such an invitation. But I like mine exploration, and I do have a bit of a weak spot for doing things at strange times or places, or under strange circumstances. So yes, I was tempted. And to make it worse: I agreed to it.

I made sure I had my kit ready the night before, so all I had to do was stagger out of bed, get dressed, get my stuff, and perhaps throw a coffee down my throat. At 6 sharp I was ready, but as I was waiting for “the late Mr Warne”, I figured I could have another coffee. But no! Eerily punctually he appeared.

Through the dark and abandoned streets we drove to where we would meet Lionel. I was still very tired from the Dartmoor-Durham-teaching course sequence, so I saw my chance; I graciously offered Lionel the front seat, and settled on the back seat for a kip.

We arrived at the NW Cornish coast in nice weather. Two of the Cornish cavers (not the usual lot; these were from the St Just mines research group) were already there. A punctual bunch! Not much later we were complete, kitted, and on our way in. And only a few metres from the entrance the first rope pitch was encountered. 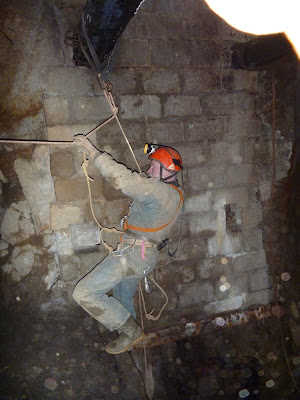 One of the St Just group about to go down the first pitch
I like rope work! This place had several short pitches. And the place was teeming with all sorts of abandoned mining tools. And on top of that we had one of the St Just chaps who knows practically everything there is to know about the place. It was great fun! It had been worth the early rise. 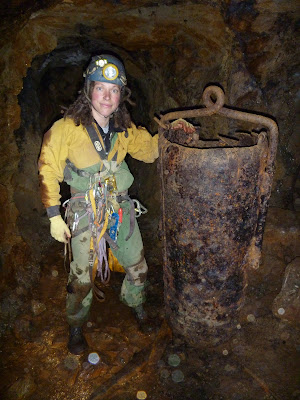 One of the best relics to be found: a large kibble! 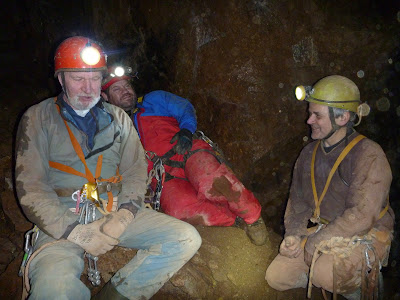 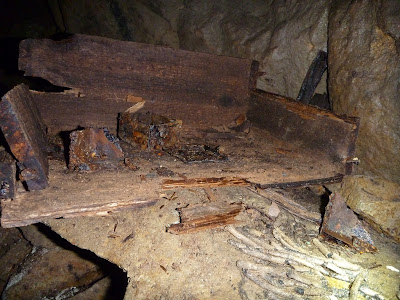 An old fuse box (fuses in the foreground) 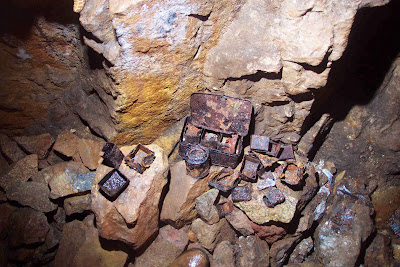 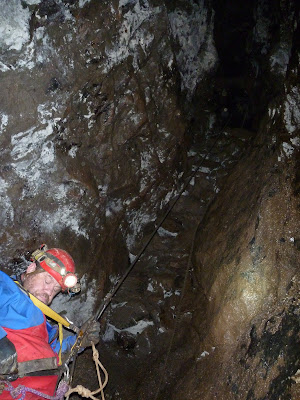 Dave about to go up another pitch 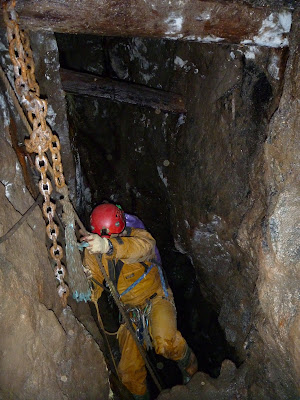 Lionel coming to the top of that same pitch 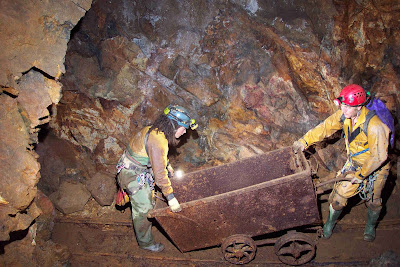 Lionel and I with one of the rusty, but still working waggons. Pic by Dave 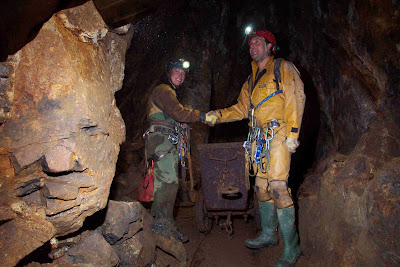 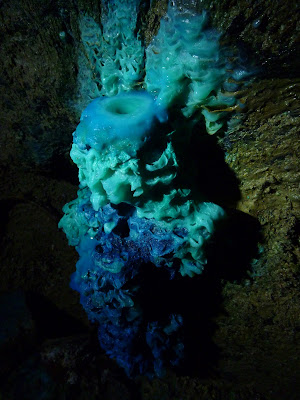 It was a tin mine, but there was some copper in the rock too! With beautiful structures as a result.
Still early we re-emerged into the bright sunshine. It was a beautiful day! So we changed, said goodbye to our St Just mates, and drove to Hayle, which was quite nearby, and where some of the best Cornish pasties are made. A good end to a good morning! 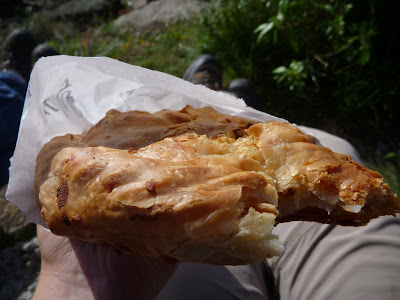 A pasty from Philip's in Hayle; the best I ever had! 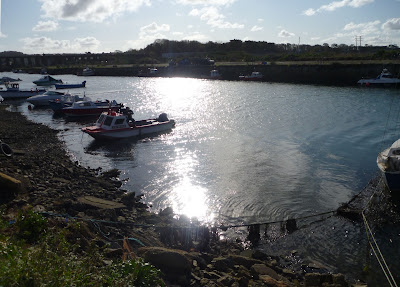 Our view during pasty-eating
Posted by Margot at 16:15