Can one live to be 34 without ever seeing Taxi Driver? Apparently! It's such an iconic film, but I had never come around to watch it. And then there was a lecture about it. If there's anything that will inspire you to see a film then that would be it. So I borrowed the DVD from the lecturer in question, got Till involved, and Federico, who also lectures about it but had never seen it either, failed to convince some other interested people, cooked some food, and then: off to the filthy streets of New York! 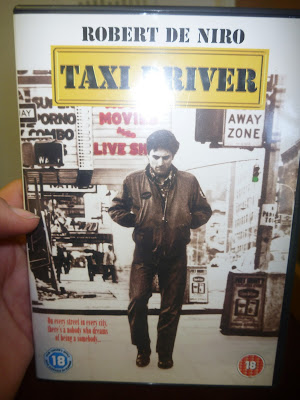 The movie is about the same age as me, but it still is as topical as ever, I'd say. Maybe even more than when it was made. Someone failing to see a purpose in life, and then resorting to some random act of importance, trying to become a martyr for a non-existent cause, and probably making things only worse for the rest of the world. That's quite modern, isn't it? I'm glad I finally saw it.
Posted by Margot at 18:25