Around the reservoir in two ways 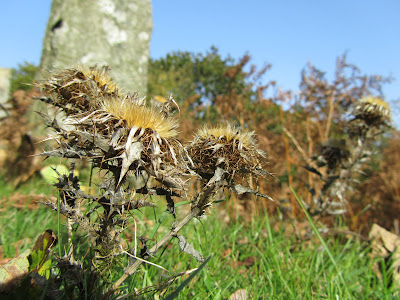 On Sunday Neil routinely runs that ludicrous distance of twice around Burrator reservoir, and I figured I had managed to keep my alcoholic intake limited to such an extent I could give it a try. The last time, though, my knee had been somewhat less amused, which had lead to me going up and down the stairs to the lab like an old woman on Monday morning, so I didn't know if it would count as wise to do the entire distance again. Neil, however, had been running around that water body about a hundred times during the week, and his knees had started to protest as well, so he might only do one round as well. 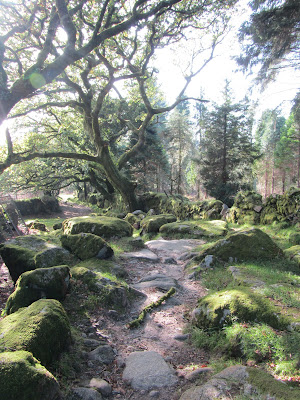 We started running. It was another beautiful day. But after half the distance I could feel the knee again. Being on a bit of a wisdom trip I decided to chicken out after one round. Neil didn't, of course, so he just stopped running for long enough to say bye, and then he vanished again in a cloud of dust. I changed into my hiking boots, got my backpack, and went for another round; this time one that's not so detrimental for the knees. I walked up Sheepstor, which so far had been serving as a scenic backdrop for our runs, but which I would now submit it to closer scrutiny. 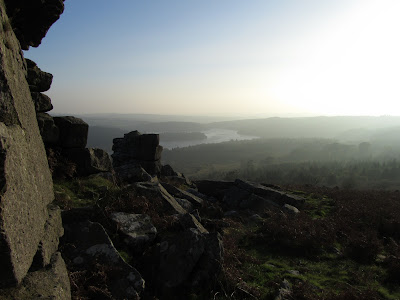 My knee seemed to much prefer this activity. And it was a beautiful day! And you can walk a large loop around the reservoir that has much to offer. I did notice I had not stopped a meter too early, though; some downhill stretches were a bit of a challenge. But I got back to the car, properly refreshed! It had been a nice Sunday afternoon. Sometimes being above ground in your spare time actually is fairly enjoyable... 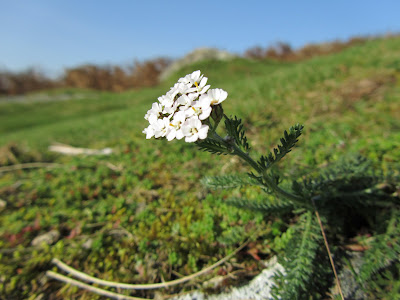 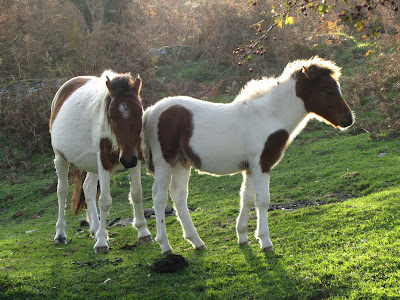 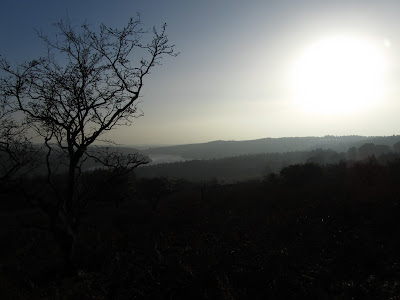