I'm starting to feel the pressure of this probably being my last summer in Wales. I want to see a lot of it before I have to leave! And a reasonable weekend was coming up, so I thought I should get out there.

For some reason I thought of yr Aran. It is a mountain just to your left if you walk up to Mount Snowdon via the Watkin path. I had never been on it! And I had seen a mine on its slopes. I was curious. So I decided to do a round trip: drive to the start of the Watkin path with my bike in the back, bike to Craflwyn, park the bike, and set off. Take the path to the mine, have rummage, and then cross-country to the top. There is no path there! But from the top there is a path leading back to the Watkin path.

It started a bit wrong as the path to the mine went through a farm; I thought that wouldn't be a problem. The farmer thought otherwise. In a genuinely nice way a woman told me there was no public footpath here and I had to start further west. Well, OK! I went back to the bike, rode to Craflwyn proper, parked again and tried anew. 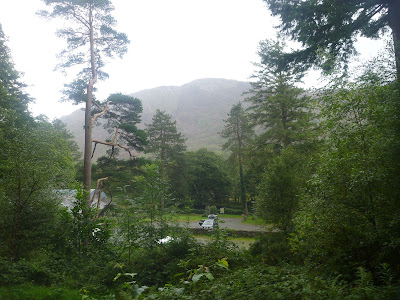 The start of the path at Craflwyn. Eagle-eyed people might spot my bike... 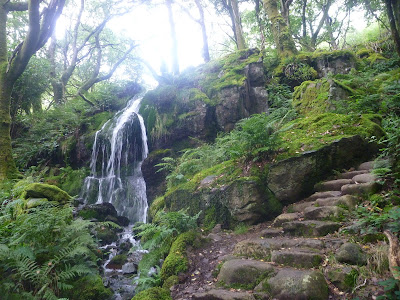 The hillside was riddled with paths and it was hard to figure out which one was on the map, but all went well, and I clearly headed in the right direction.At around 11 I was admiring a ruin when it started raining. My cue to curl up on a window sill and drink coffee while the rain passed! 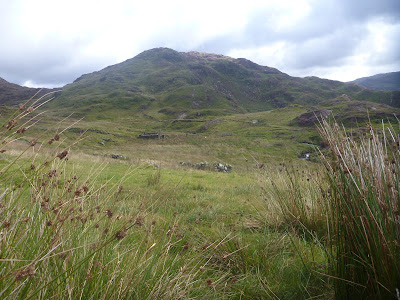 Soon the landscape got wilder and emptier

When coffee and rain were gone I went on. I soon got to the mine! I soon saw an adit. It had deep-looking water in it! I swapped my socks and boots for sandals; I had decided to bring these as my caving boots are too big and heavy. This would be cold! And it sure was! It didn't go far. Oh well.

I checked out lots of spoil heaps and structures and shafts. The latter I only admired from a safe distance; I hadn't brought stuff, and beside that, descending shafts is not something one should do on one's own, or at least not me. There was a lot to see! I went into another adit. Luckily this one had shallower water.

I have no reason to believe anybody has checked the shafts! But they are quite a walk from the road, and they would require the full kit to rig. Drill, bolts, ropes, the lot. I can see why people don't bother. But still! What's in them? 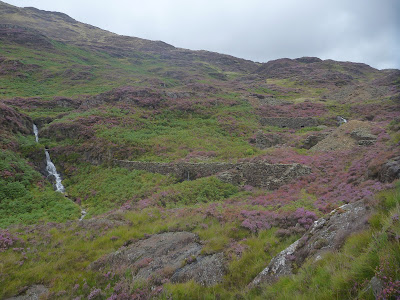 The mine as you approach it 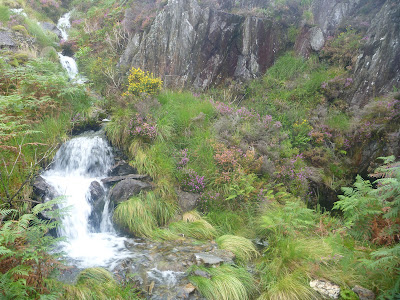 On the right a mine entrance can just be seen! 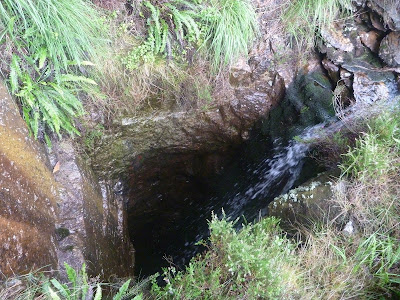 A shaft! Where does it go? 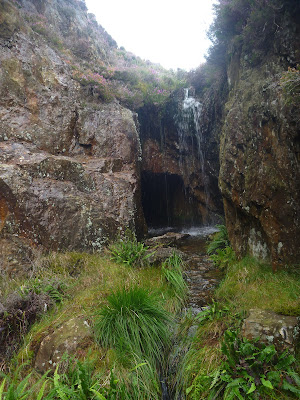 Another entrance! I went in.

When I had seen all I set off towards the top. I just made my way as it seemed right. It was a bit tiresome but not too bad. I also sat down to have lunch with a lovely view over the other side of the valley. At some point I veered off a bit to the left in order to end up on the ridge. That tends to be a bit more comfortable! And indeed there was a path. But it was incredibly windy up there! I had to make a concerted effort to stay upright. But soon I was on the top. The views were amazing! You looked straight over the slate mines of Bwlch Cwm Llan, and into Cwm Llan itself. 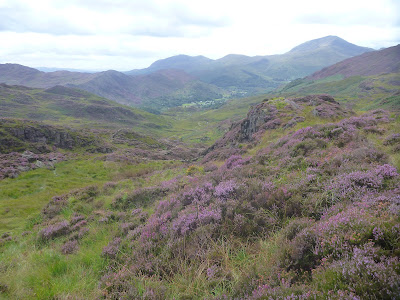 View over the valley through which I had walked up 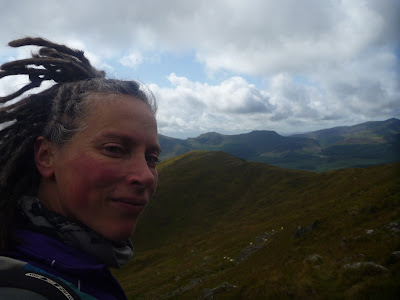 Calm selfie before the winds hit me higher up 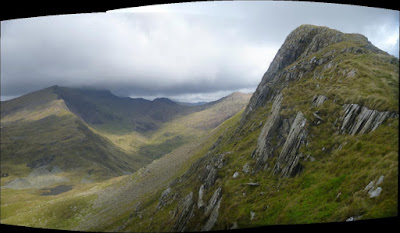 I didn't linger; I went on. The ridge on the other side would be less windy! And it was. At some point the path seemed to vanish which made the going less comfortable again, but that didn't last, as soon I was back on the Watkin path. And soon I was back at my car! It had been a nice walk. And I already had one lined up for the next day too, with Dani from Welsh class. And I came home to emails about a possible underground trip on top of that! Never a dull moment... 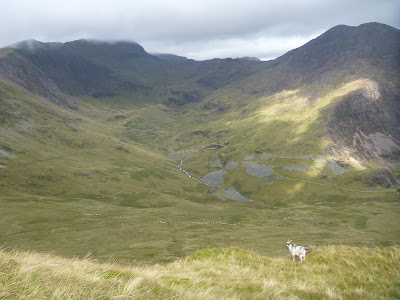 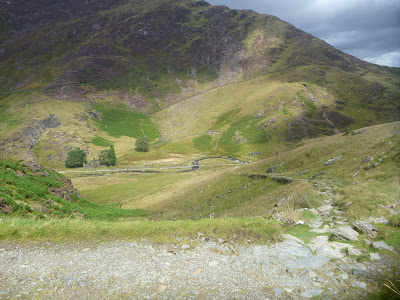 Back onto a path: the Watkin path in sight 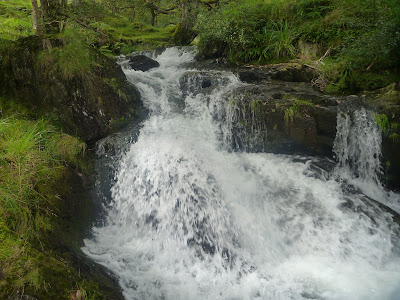 Small detour along the river at the end
Posted by Margot at 09:19