Run to the colliery

I was reminded of that when pondering the upcoming visit by the Americans. During the Red Wharf Bay field trip we talk students through the entire geological history of Anglesey, and that involves the coal measures. It was one of those things you lecture about without knowing an awful lot about. These are inevitable! But I decided to find out a bit more about these mines. I found they were all in the reclaimed part of Anglesey near where David lives, and the bulk of the tangible remains seemed to be a chimney near Pentre Berw. I assume, as well, that this town gave the name to the Berw Fault, which I think I have once felt, and which also features in what we say during the field trip. The reclaimed land is on top of this fault; the rock there is less resistant to erosion, hence the invasion of the sea.

Anyway. I thought I should go and see that chimney. I checked that there were enough paths there to not depend on running to and fro to make a decent distance. And on a sunny (though slate-skied) morning I parked up there and set off!

I first went to the chimney. There were some abandoned buildings too! But these were rather generic. The chimney was the only clearly industrial thing left. 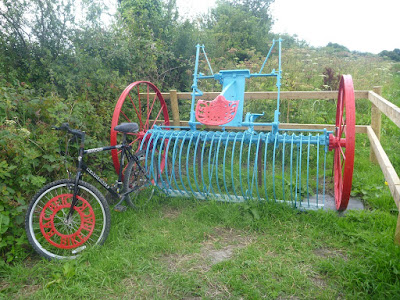 A rather charming bicycle rack 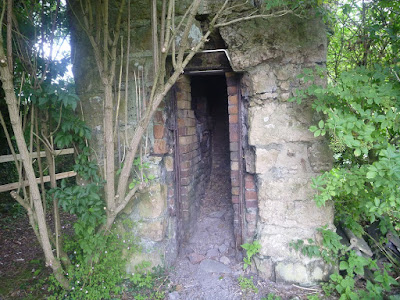 The chimney from close up 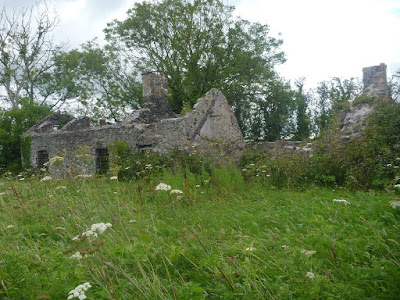 When I had seen them I ran on. I knew I had to take every side path I would find to make a decent distance, so that's what I did. It was rather nice! I did have to fight off two horse flies but otherwise it was lovely. I even saw a fox dash into the undergrowth only a few metres in front of me! 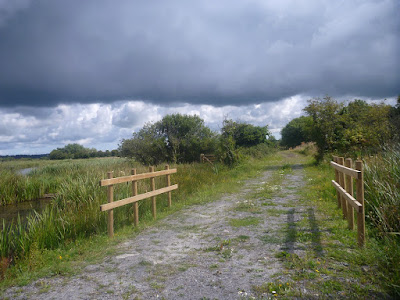 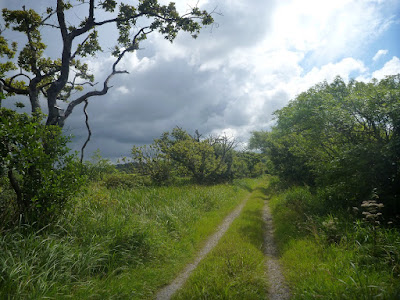 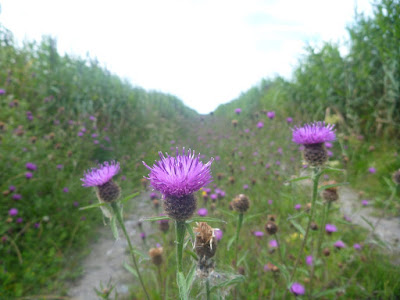 I also bumped into one of my own (mature) students who seemed to be on a bike trip with her family. I came in handy, as they were about to ride their bikes onto the river dike, and that was hard for the small kid and for the man who had some snazzy half wheelchair half electric bike.

When I got home I saw it had been raining heavily there. I had only been a few miles up the road but I had stayed entirely dry! So I had had a good run, learned something, encountered wildlife, done a good deed and escaped a shower. Success!
Posted by Margot at 09:58