The days are shortening, the season for outsdoor climbing (in the evening, at least) is drawing to a close! So we should get some climbs in while we can. After a complete wash-out of a Sunday we got out on Monday. We would try Rhoscolyn again! We had been there twice but I clearly hadn't considered the scond visit worth a blogpost.

We gathered and walked to the crag. We picked two locations from which we could rig two pitches each. There would be eight of us (three coming a bit later) so that was a good number! And rigging pitches is always a bit of work. At Rhoscolyn, though, it is work with a very nice view. So it's OK! 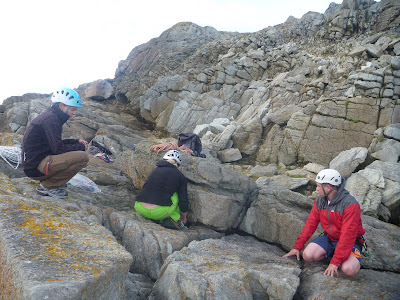 Where to put the gear to rig the pitches? 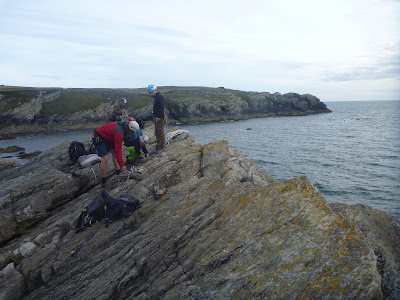 Faffing with a view

After a while we had some routes, and we could start climbing. The routes were very simple but well, that's us outdoors. We're not a very die-hard club! And I'm not a very hardcore climber. I managed to climb all four routes; that is not a feat of climbing, but of timing. And I did my share of belaying too. And shot a few pics! The last route I did I admit I started a meter from the ground; the tide was coming in and what should have been the ground was getting flooded... 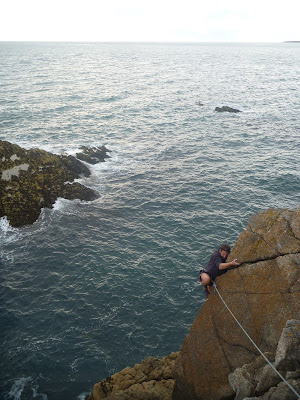 Glyn on an arete 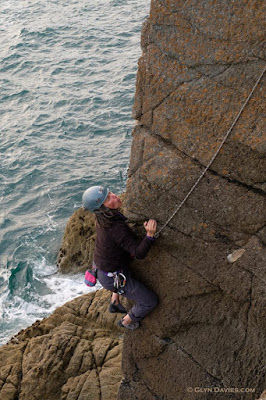 Me on the same arete a bit later. Pic by Glyn 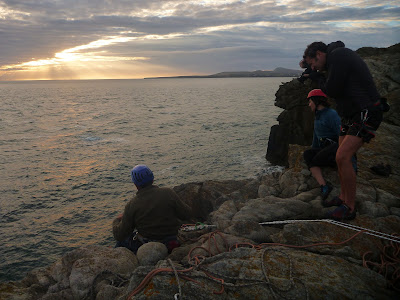 Eifion belaying, Glyn photographing, and Heli looking on in the sunset 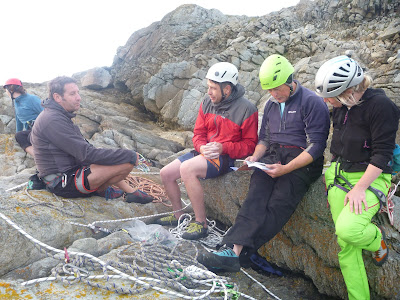 Having a look in the book at what we just climbed 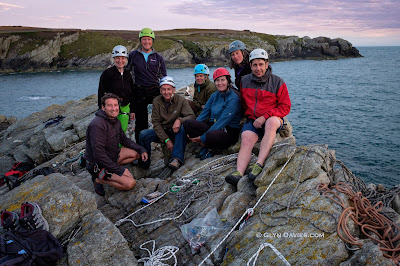 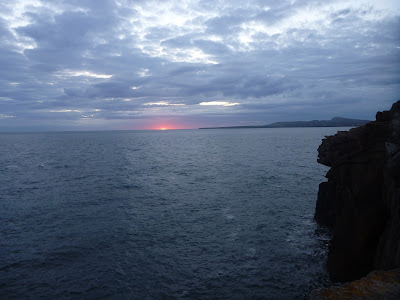 And the sun sets

There was a bit of a panic at the end of the night as a phone seemed missing, but, of course, it was safely in  a backpack. Good! How many more nights do we have? One way to find out!