Rhosydd on a sunny day

The forecast for Sunday was amazing. I thought I'd go into the mountains. Then an email came, on Saturday, from David; a friend of his had appeared and wanted to go underground. David had figured we could go into a mine that is quite a walk, as then we would spend a lot of time in the sun. That sounded nice! It's always good to do stuff with other people, and it's nice to help a friend out. And his choice of mine sounded good. I joined, even though I knew David tends to show a solid contempt for my other priorities in life.

We met in the Lakeside Cafe for breakfast. We had Phil with his dog, Don and Elaine with their dogs, Neal (the friend) and David and me. Elaine and her dogs would stay behind. Phil would only join us to the entrance and then turn back.

It was hard to find a parking spot on such a beautiful day, but we did. We then set off. I walked up with Phil and Millie with the others lagging behind a bit. The valley was looking stunning! When we got to the mine we sat down for a cup of tea, while Millie entertained us with her tireless dog activities. 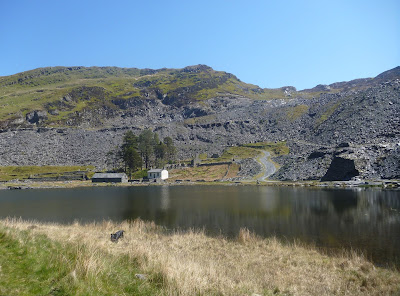 When the others arrived we changed, said goodbye to Phil, and walked in. We had a look left and right and went all the way to Croesor, the mine on the other side. They are connected on the inside. We also went up an incline I never had been up. It was nice! 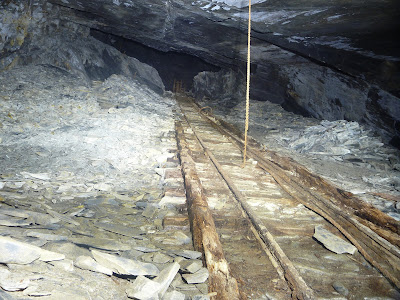 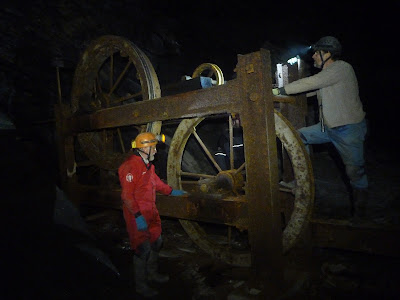 The device at the top of the incline

In the end we went out the Twll, which I also had done the first time I had done the CRTT trip, which is a bit of a faff but we managed. Then we had some lunch in the sun. It was already 5PM but well, let's still call it lunch.

From the Twll we took an old packhorse trail to the Stwlan Reservoir; I had never been there. It was an amazing route! The reservoir might have some ugly infrastructure and such but still, it was a nice view. When we got back to the cars it pretty much was 7PM. Of course! Time to go home. Another day tomorrow. It is a bit of a conflict; it's nice to go on a scamper with friends, but if I go alone at least I am home when I want... 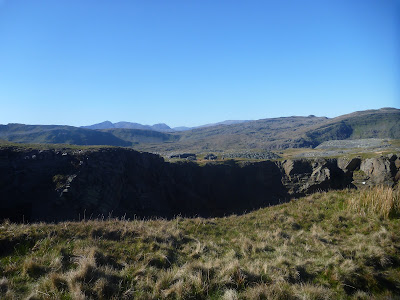 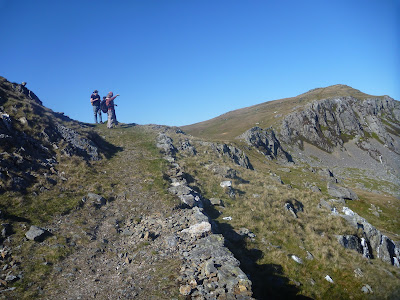 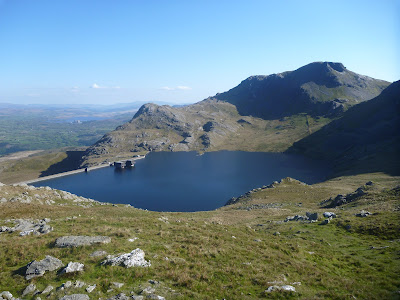 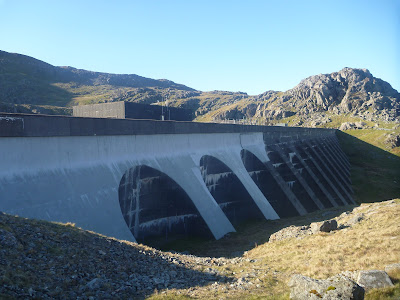