I wanted to go for a run again. I figured I should go and finally see the remains of a 4th century village I had wanted to see with my dad, but which hadn't happened due to flawed map-reading and communication. I didn't really see a good route around there, though, so I decided to go see it first and then go running a bit further north. A good idea!

I easily found Din Lligwy, the ancient village. It was quite nice! Then I drove on, and parked at the parking lot near Trwyn Eillian. From there I ran to the lighthouse on the promontory, and then back to where the coastal path goes west and then south. It was cold and windy, but running keeps you warm. And over time it got warmer. The sun came out! It was very nice. After about half an hour I figured I should run a little further as on the way back I wouldn't have the lighthouse detour and I wanted to run for more than an hour. I did a few 'I'll just run around the next corner so I get that view, oh no wait I will run to the next corner along...' until I found out I had missed a turn in the path and had run a short distance along an apocryphal path, which ended at a fence. I had then run 45 minutes, could see where I had been running before, and decided this was a fine place to turn around.

I ran back in the sunshine. The jumper came off! In the end I had run 75 minutes. Very nice! And I can do it again in the other direction! 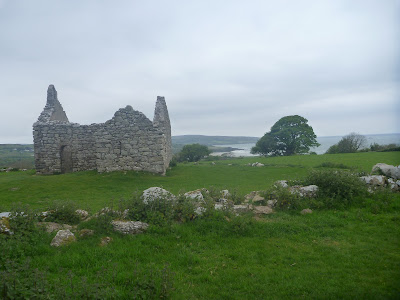 The chapel of Din Lligwy 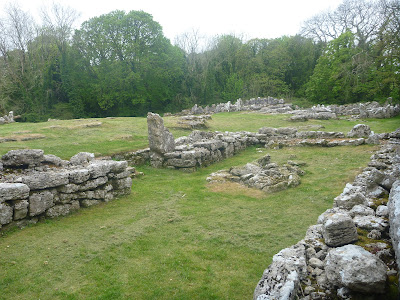 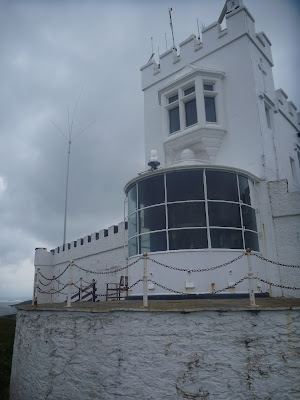 The Trwym Eillian lighthouse; if you look really hard you can see the light begind the big window 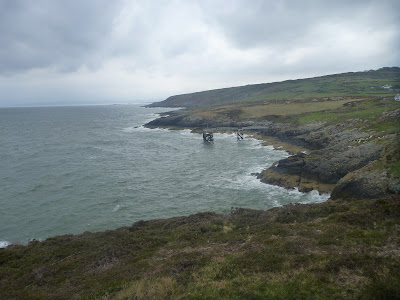 The grim views on the way out 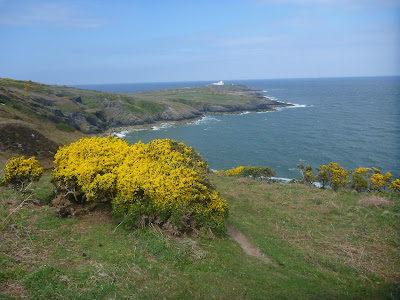 The happy sunny views on the way back