I handed all the dissertations I had to mark back! And there were fifteen, not sixteen, as one student had an extension. I expect his work soon. It was quite a job but it was interesting! The topics varied widely, and so did the approaches the students took. It went from diving pinnipeds via jellyfish infestations and plastic pollution of the ocean to the effect of sediment transport on infrastructure in the Irish Sea and the effect of freshwater influx on the Gulf Stream. Never a dull moment! And of course, some students did better than others. And there were a few things I noticed: 1) my least favourite thing in a dissertation is a messy reference list; 2) many students struggle with the difference between affect and effect; and 3) many students struggle with the correct use of apostrophes. 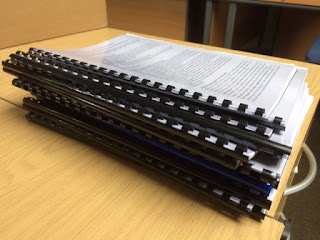 I picked up some interesting anecdotal knowledge too: jellyfish are such a diverse group they cover two (or three, depending on your classification) phyla: cnidaria and ctenophora (and salphidae, if you wish). Imagine that! We are in the phylum 'chordata' with fish and sea squirts (zakpijpen in Dutch; I admit I think that is funny) and birds and reptiles and who not. If a jellyfish would do taxonomy, would they lump us with such diverse other creatures? Including those from other phyla? One likes to think not. 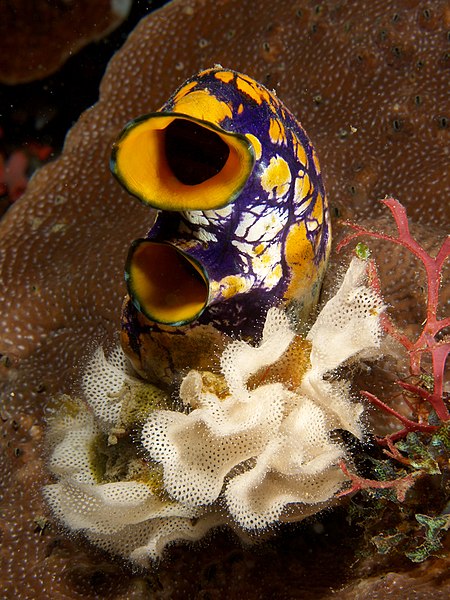 A sea squirt. Pic by Nhobgood.

A northern elephant seal was recorded to dive to 1529m depth. Impressive! (Wikipedia mentions a southern elephant seal diving to 2238m; blimey! But that number does not seem to come from a peer-reviewed source) And weddell seals contract their spleen while diving, so the oxygenated blood in it becomes available to the rest of the body. This way they can dive deeper than they otherwise could.

That sort of stuff is well worth the pain of a literature list that is not in alphabetical order, is littered with non-peer-reviewed sources, or which contains only incomplete references!

And while I was at it anyway, I finished marking the Climate and Climate Change exam. It was done rather well! I would have liked to see it be done even better, of course, but this was OK. My new questions, as expected, weren't popular; the students have access to old exam papers, and clearly use them for revising, and new questions aren't in there so they don't revise on them. But maybe next year they'll be more popular.

Having handed these exams back means I have my hands free now for the upcoming field trip!
Posted by Margot at 18:40