Monique left on Monday morning. It was not just any Monday though; it was a bank holiday! Which meant I had the rest of the day to fill as I liked. I decided to go for a run in the valley we had been looking down into the day before. I had spotted an old tramway and I figured that would be easy to follow, have a gentle slope, be even and have nice views. Sounded perfect!

It's a while to drive there, but at least I got where I had intended to start. It took a while to find the tramway though; from above things tend to be clearer. And once I found it I also lost it. I then ended up on a country road. I was wearing off-road shoes and here I was, on roads! And the tramway was nowhere to find. Oh well. I had an OK run. And the valley was indeed beautiful! 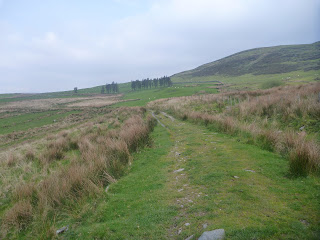 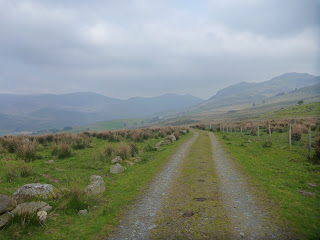 After some 75 minutes or so I was back at the car. I looked at the map; where had I been? It was easy to reconstruct; the public footpath left the tramway at a point where that country road was really close. Easy to end up on it if you can't find the unmaintained tramway anymore. Oh well. This valley had more to offer; I'd be back! But now it was time for lunch!

I drove down to the nearby reservoir; there was a picnic table there with a view on the water and the mine I had visited a few months earlier. Lovely! On the way back I also parked up the car to have a look at a nice slate mill ruin I had come past. But once I'd seen that it was time to go home. I had some chores to catch up with! My homework, for a start. After the Monday off it would be Tuesday, Welsh class day! 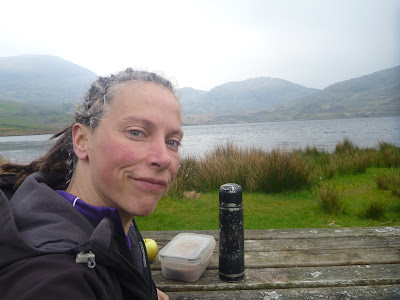 Lunch at the reservoir 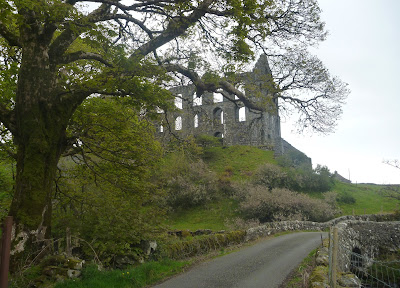 The slate mill
Posted by Margot at 09:07