We didn't have Mick with us for a fair number of Thursday nights; he was busy doing the build-up for the Farnborough Air Show. Soon he would be off to the Cropredy Fairport Convention festival to do the same. One Thursday in between we would have him with us!  We wanted to have a bit of a calm night during which we could catch up. We also wanted to try out some hilti caps (they are essentially blanks) which we could use for dealing with unyielding big rocks in our dig. No reason why these can't be combined! So we headed for Pen y Ffridd as it was nicely accessible, had a fireplace, and had plenty of rocks we could split.

There weren't many of us. We loaded our bags up with the drill and all other necessities, and a frying pan, buns and bacon for some traditional undergroundy food, and started walking. Soon we were at the spot and had a fire going. We started with some bacon bap eating! 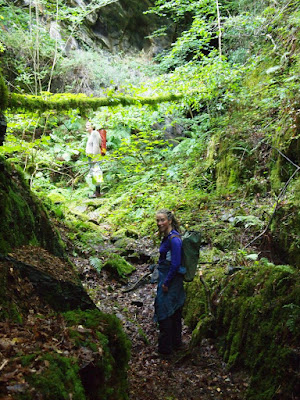 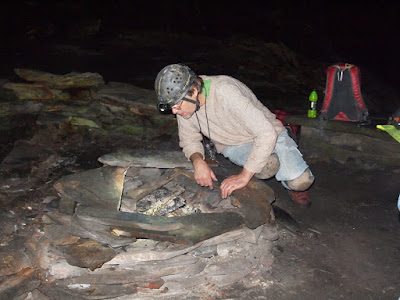 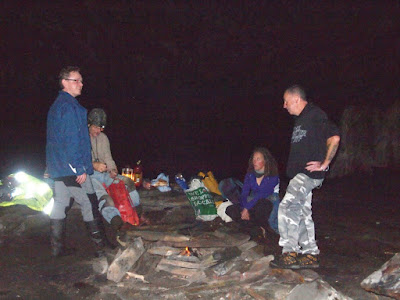 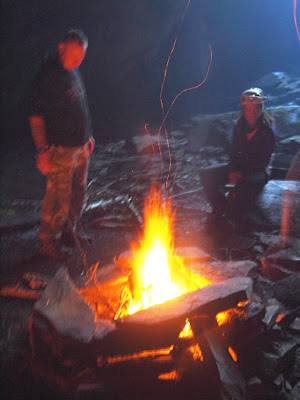 After a while we went for a stroll; Mick hadn't seen this mine yet, and neither had Chris. We walked all the way down and then back up. Time for some marshmallows (for others) and then some blowing up of stuff. I spotted some suitable rocks. Then David couldn't find his firing pin so it looked like the exercise was off. He then found it near the frying pan and we were back on track. Mick drilled the holes. David did the first round; one hilti cap, which resulted in a crack in the rock. Then I did the second, with two; that shot a corner of the rock clean off. Nice work! I thought I'd never used two before, but looking it up on the blog shows I was wrong. I had used two the only time I had done this before. This time we must have had weaker rock! It was nicely spectacular. And more comfortable; we were in a huge chamber so there was plenty of space to swing a hammer. 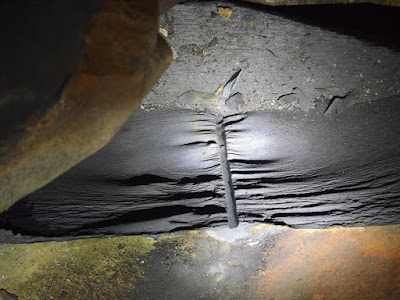 The drill hole and the new rock face we created

Then it was time to go home. We will see Mick again in September! And before that time we may use our hilti skills on our dig...
Posted by Margot at 08:38