Underground trip for the impatient

Only two days later I would run that race I've been banging on about. Should I go underground? I always end up in bed too late on a trip night! And I need all the sleep I can get. But I didn't want to not go. That would be defeat! I should be able to do both. Just not a very late trip.

I warned David and Paul in advance; we travel together so when one of us goes back we all have to go back. We would go into a rather extensive and pretty mine, so I knew it would take self discipline to get out early. But I really didn't want to start the race tired! So I would really do my best.

We walked to the entrances (we had a rope and non-rope contingent this night), walked or abseiled in, and had a scamper around. It was a nice place! The best bit was one we didn't take pictures of. We have to do that some other day! This bit was reached via a rather narrow ledge next to a big drop; for some reason, nobody was keen to do that with a bag on their back. Note to self: do it anyway next time, or keep camera elsewhere. I didn't take any pics; I was thinking about the race. Luckily, David and Paul were more dedicated. And we had suicidal Rob who explored bits nobody else dared. 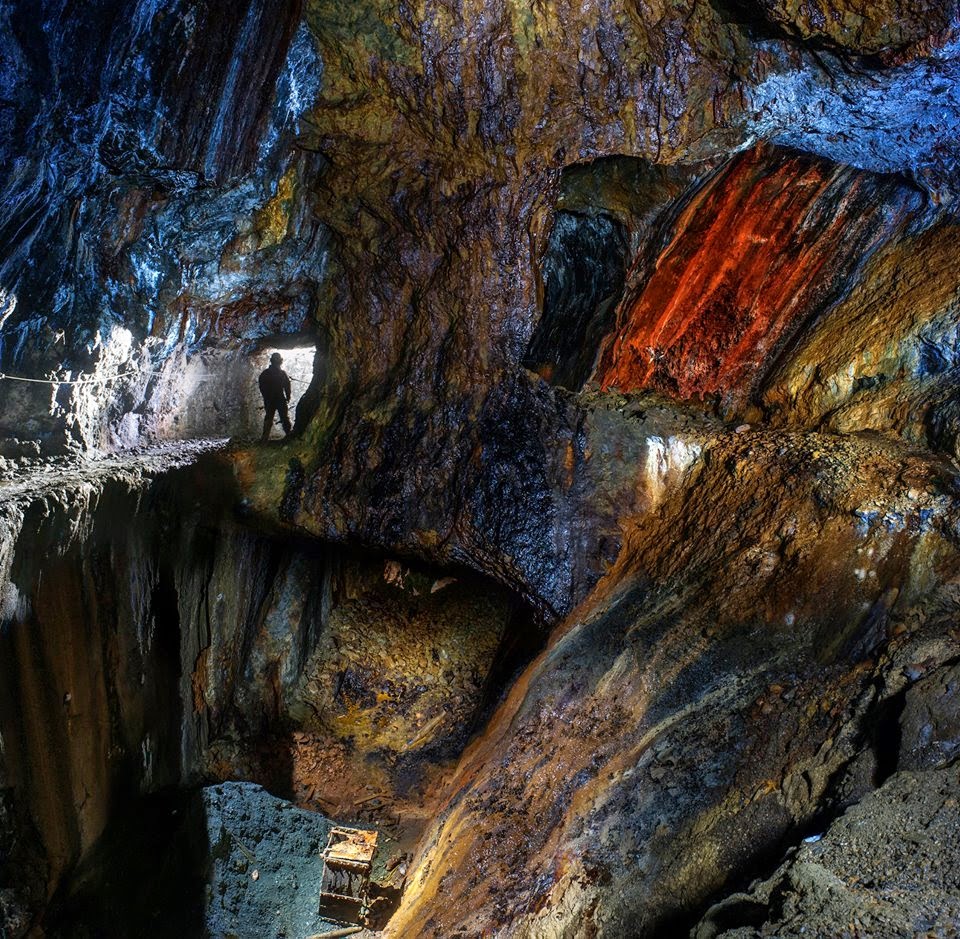 A nice multi-coloured big chamber, with Paul in it. Pic by David. 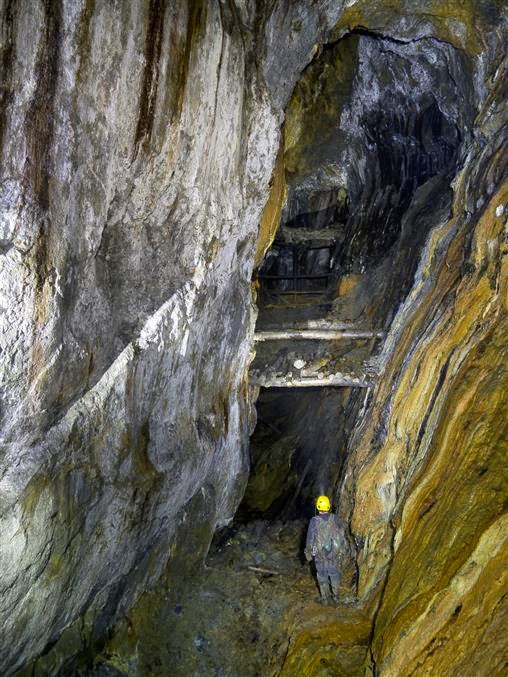 If you go into that passage lit up by the silhouette in the previous pic, you see this. Pic by Simon

At about 9 I got nervous and tried to herd my passengers out. It sort of worked! We were out at a reasonable time, and I managed to restrict cake-eating time afterwards. A bit. We had Mick, so we had cake. And chocolate! Not easy to lure everybody away from that. But it worked. And I was home at 11PM. Half an hour later than bedtime, and home is not the same as in bed, but well, it wasn't bad. And I hope to go back to that place soon, and explore it without haste! It is well worth it! 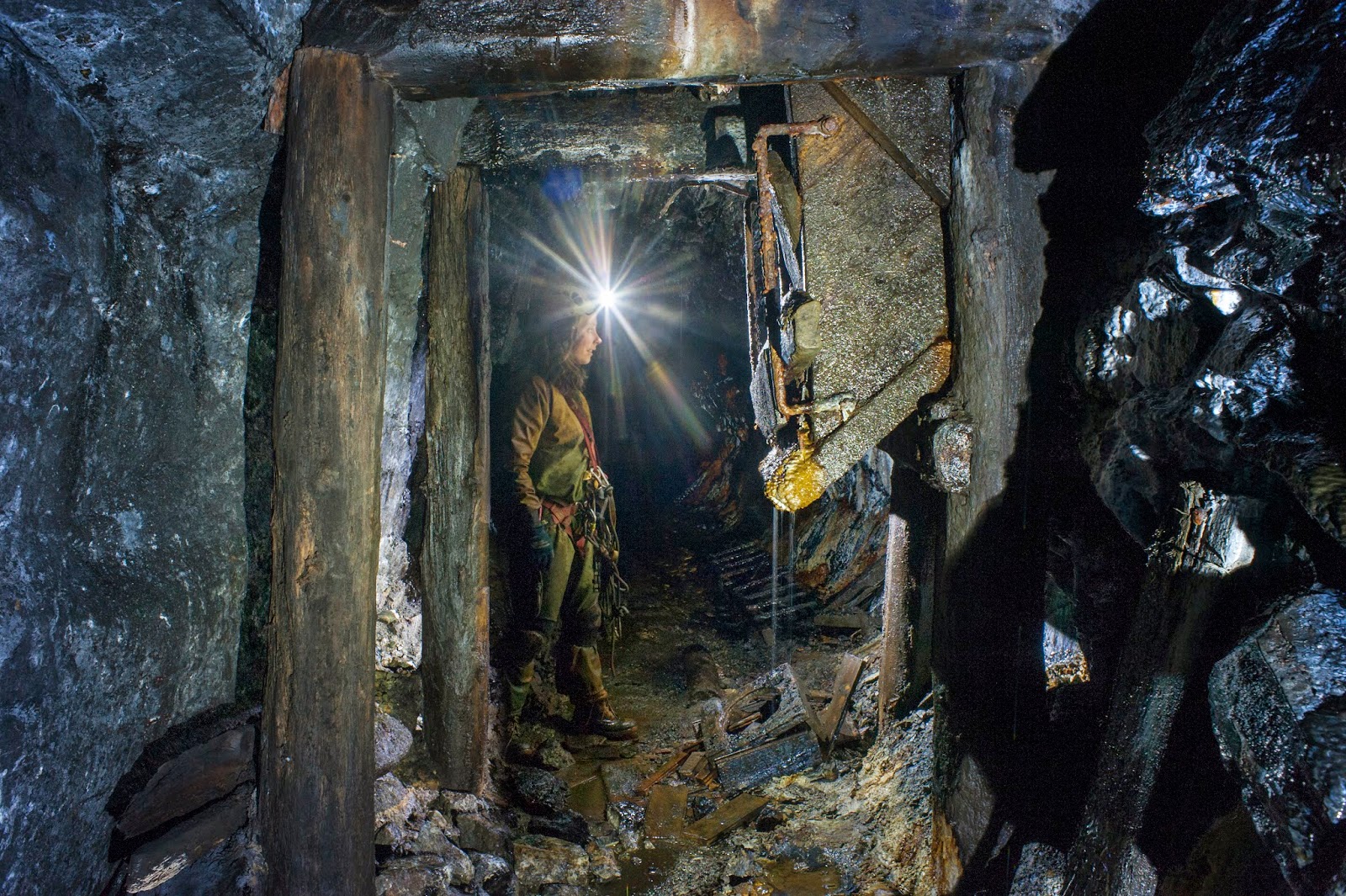 Me and a chute. Pic by David.