I figured I had time for a last long run the Sunday before the race. And I was a bit nervous about the route; would it be rocky like the Peris horseshoe? Would it be slippery like something slippery? What shoes should I wear? Road shoes, trail shoes? I decided to go find out. I drove up to Holyhead, regretting I hadn't brought my satnav as I struggled to get where I wanted to go (which was the start), but settled for parking at the South Stack and running eastward towards the start. I knew South Stack was on route. And I set off!

I ran for two hours. I say run; I should say I was gone for two hours. Rather soon my knee started complaining; that reduced me to a hobble. And on the way back I had to come back over Holyhead Mountain again, but the wind, already strong in the beginning, had picked up, and it was hard to stay upright on its top. And as bad on the way down, against the wind. I had to come off laterally in order to keep things acceptable. And you can't run off-road if you can't stay upright. So not that much running! But at least I am now a bit familiar with the terrain. And I can only hope for better weather next week! 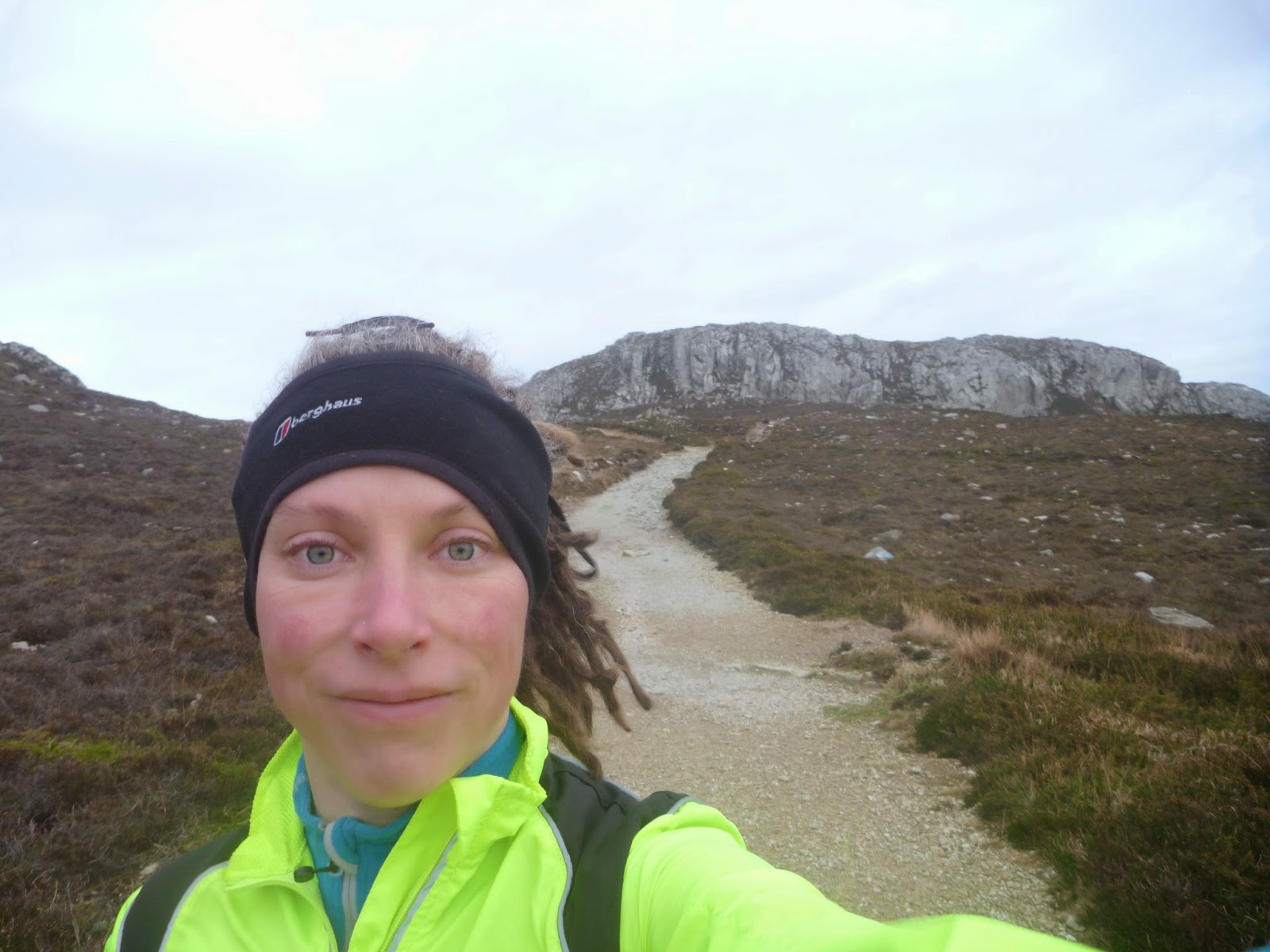 Me with Holyhead Mountain in the background; I'll have to scamper over it twice during the race 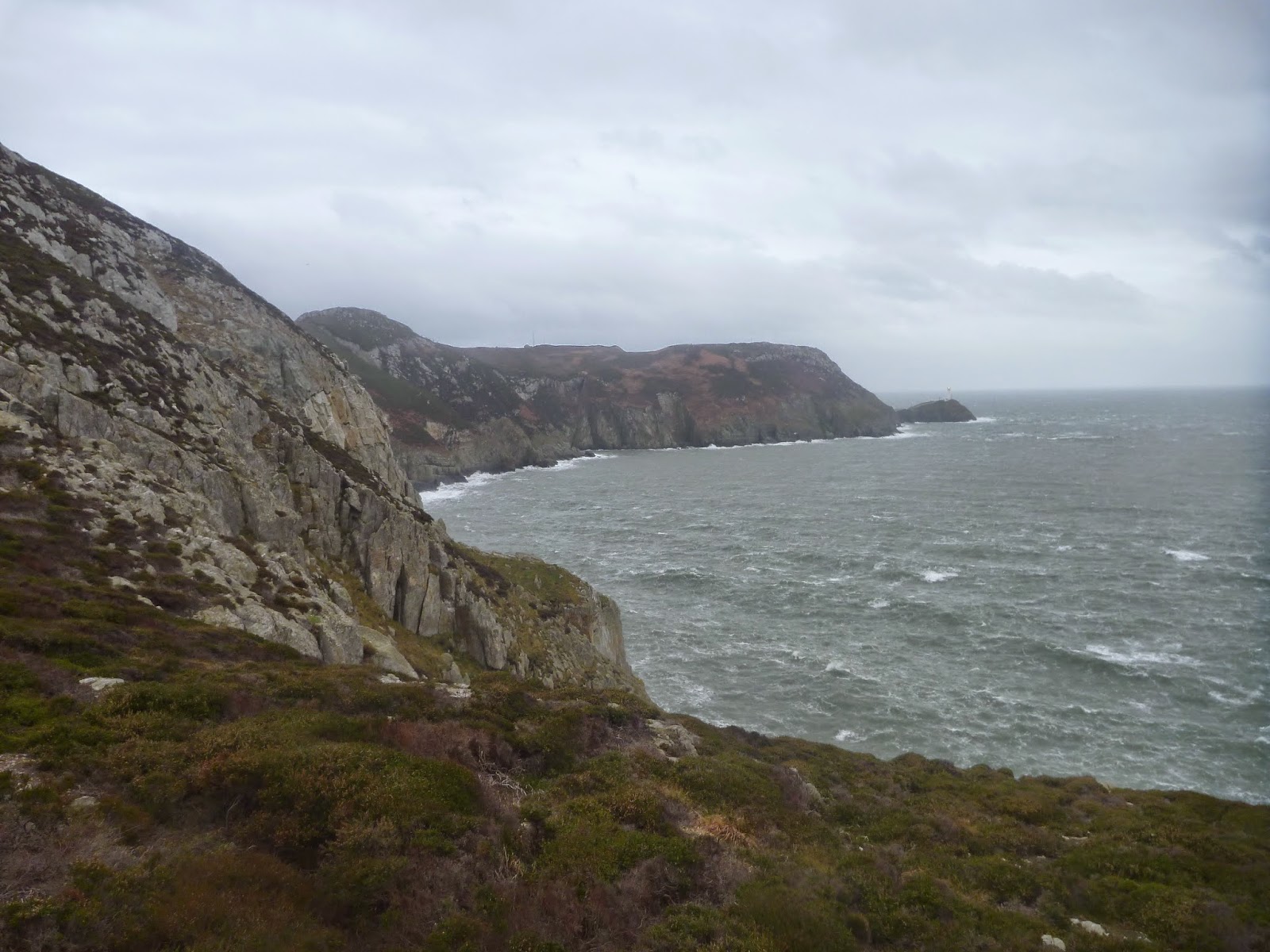