The last time I had people over for dinner had been in May! Too long ago. But so much happened between then and now. But with the first term done I figured I should be able to make time for this again. So as one of the first things I did in the new year was invite David, Guy and Kate (Guy's wife) for dinner. Kate works for SEACAMS; some organisation closely related to the university, so I know her too. It would make sense to also invite Jess and her fiance Sean (whom I'd met through Welsh classes), but I knew it would already take me hours to cook for four. I normally only cook for one! And not very elaborately. So I was slightly relieved when she said she would have Guy test the water first.

It was a success! It did take me quite a while to sort everything, and I managed to overcook things, burn them and let them go cold, but that was all within the margins of acceptability. We first had some nice beers (except David, who was on coffee, as he wanted to drive home later on) in my generally approved living room, and then I served them sauerkraut. I like that stuff a lot! And figured none of my guests might well eat that very often. And indeed they didn't. But more out of ignorance than dislike. Good! And it went well with the wine David had brought. 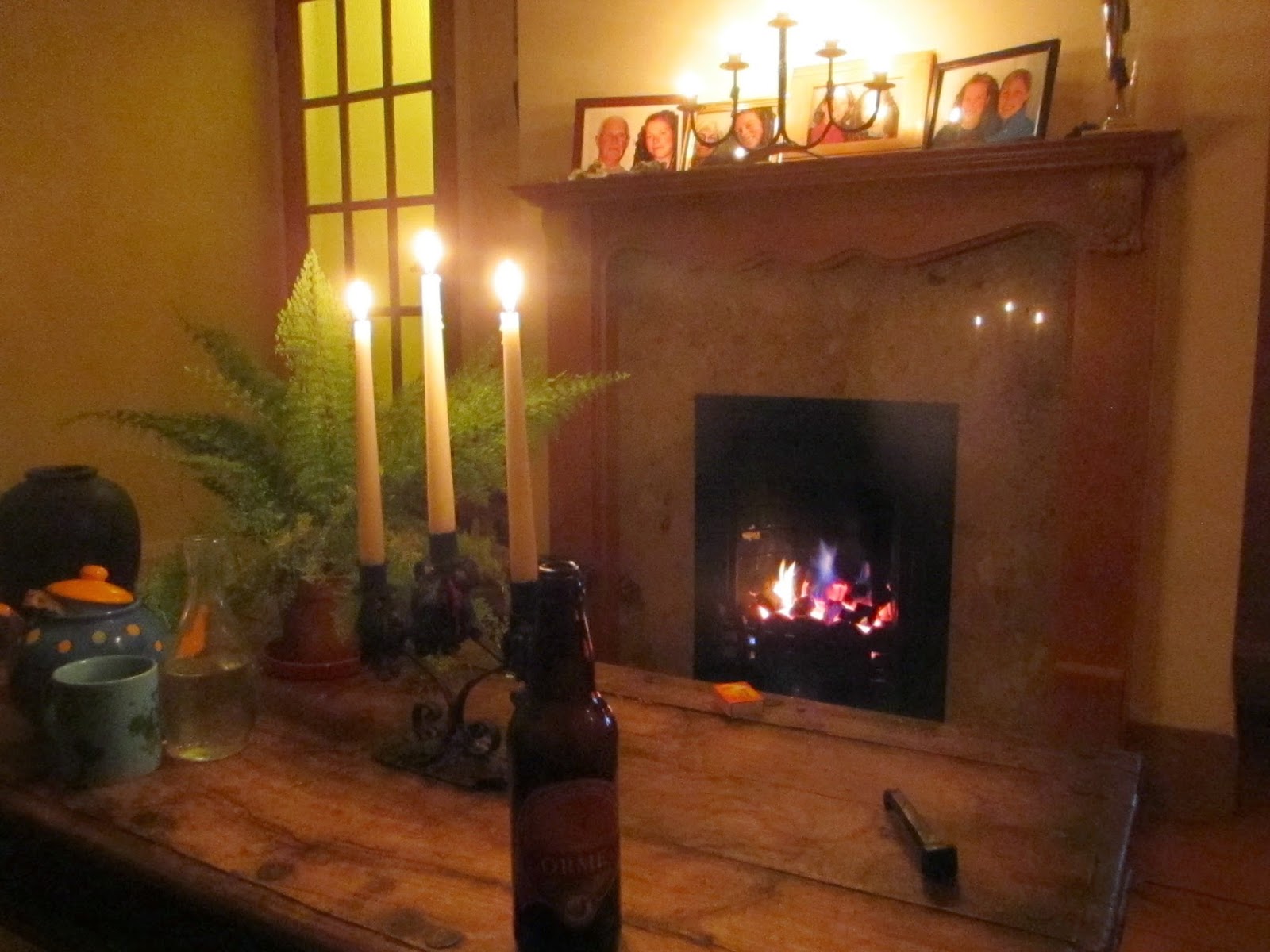 An earlier pic of my living room

Guy and Kate had brought dessert: an actual roof slate as a cheese board. Spiffing! I also brought out the sloe gin. I think it's a success. But we are all responsible people, and before 11PM all were gone. And before next day the entire pile of dishes had been done, my colleague Jaco had already invited himself (and his wife) over for the next episode. Bring it on!
Posted by Margot at 12:00