These unclear days between Christmas and New Year's Eve are good for doing all sorts of things one doesn't find time for normally. Such as: going underground for the whole day! So a plan was made. We'd scamper around one of these big local slate mines. And in the end, we gathered with twelve enthusiasts.

It was not an adventurous trip; it was all rather sophisticated. But we spent some 5 hours underground, admiring all the relics. Phil had brought a friend, and was lecturing him on all things mining; I tried to be within earshot as often as possible, as I like learning more. We also had a chap with us who I'd only met during our Christmas do; he really knew everything there was to know. He also knew the way; not unimportant! And when we came out there was still some fading daylight. I hope there'll be more days like this in the new year! 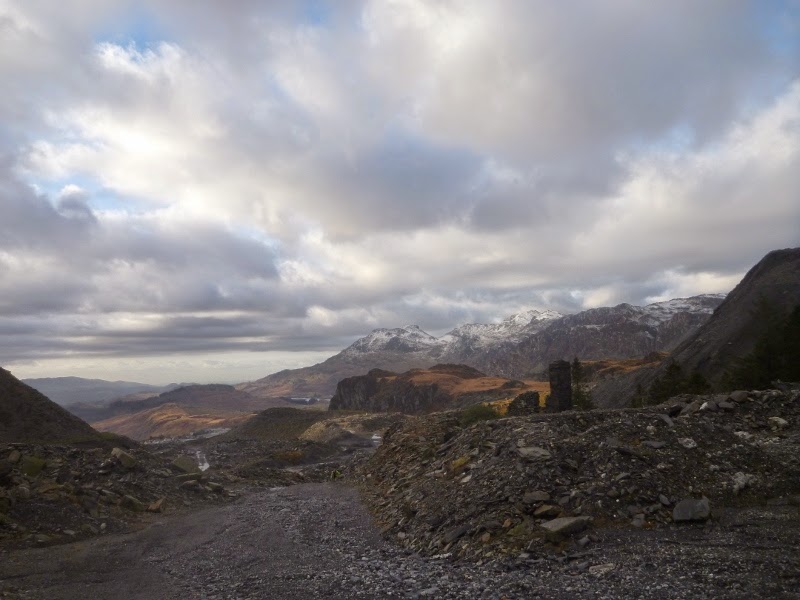 The view walking up! Not bad. 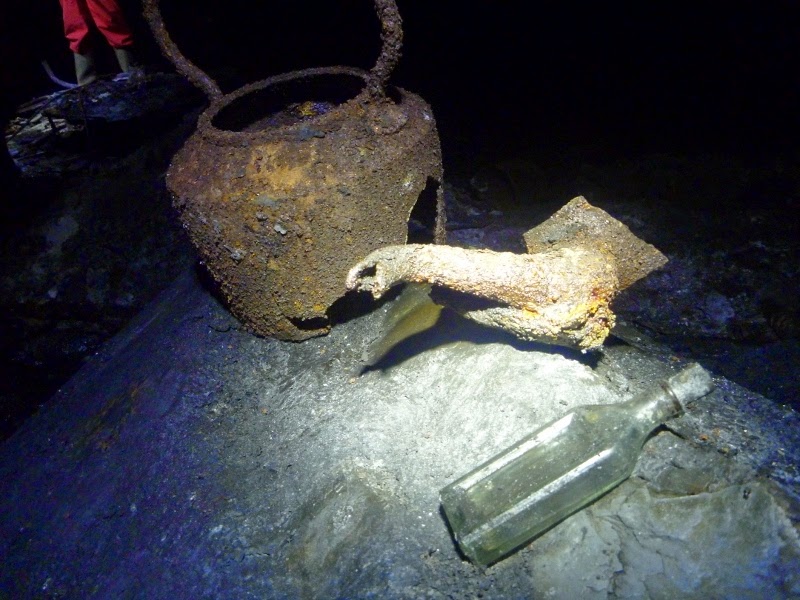 Some artifacts. And some legs. 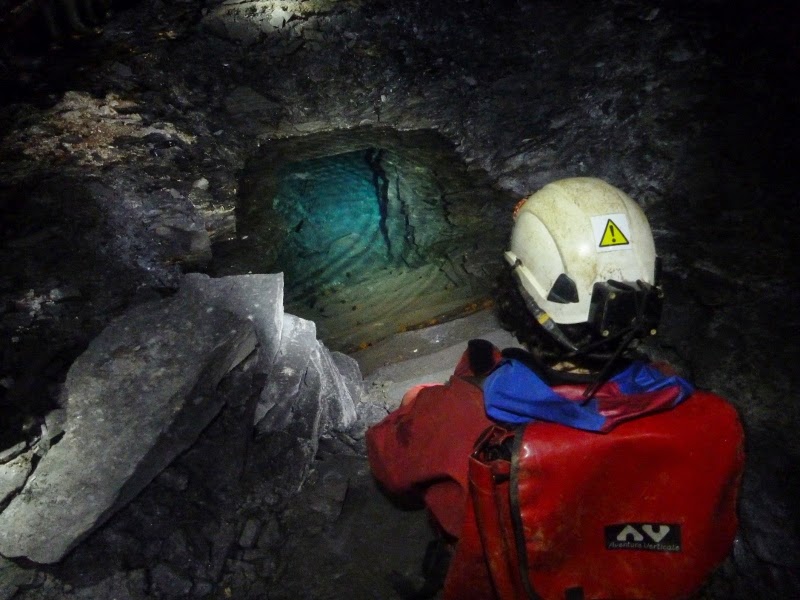 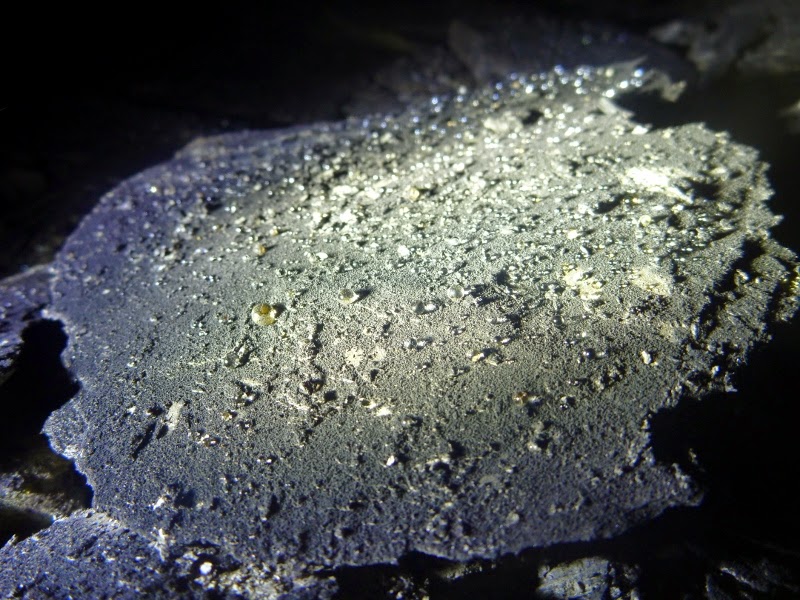 The place was very sooty; in some chambers the water lay in discrete droplets on the slate 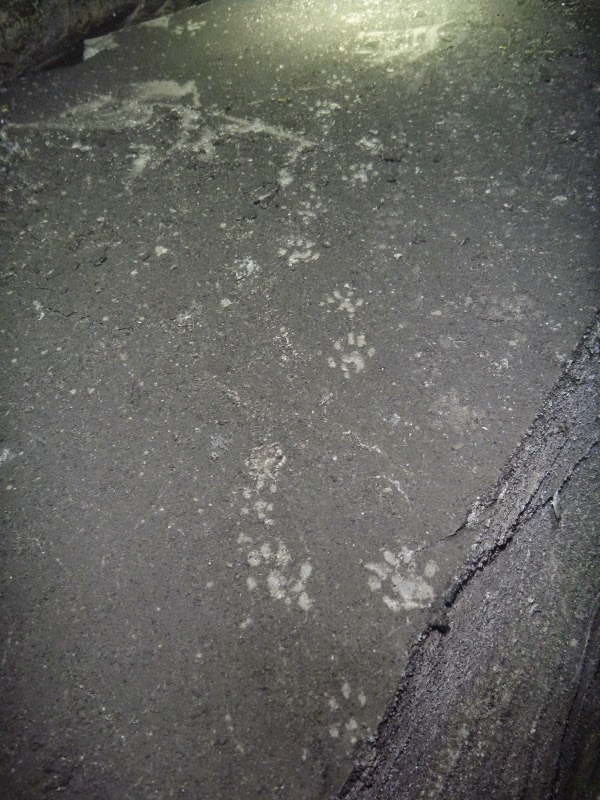 There had been a small critter in there! 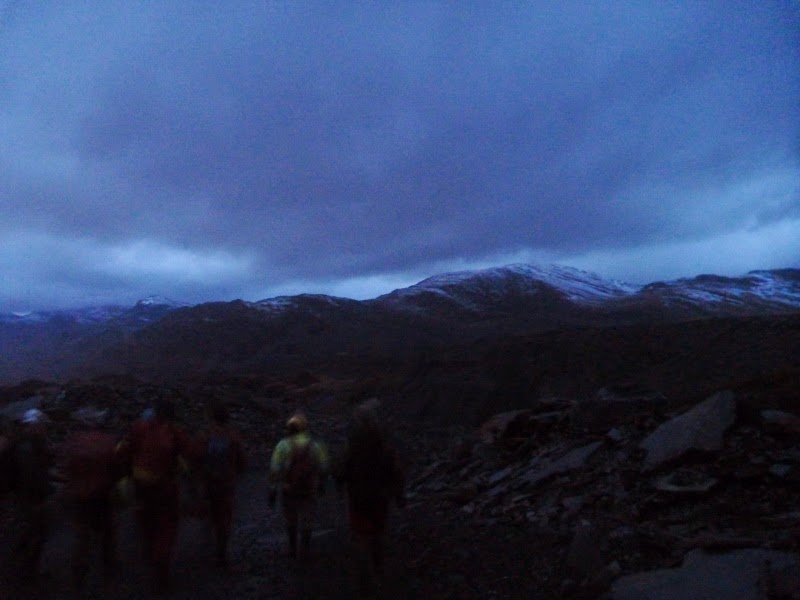 Walking back in the fading light
Posted by Margot at 13:55