New year, new me! Am I not quite in touch with modern times? I am being so catchy. But it seemed appropriate: this year sure started different from any other for me. And that had to do with how I celebrated. Or rather; how I refrained from doing just that. I was still recovering from a harsh semester, and I figured I was better off doing some of the things that had been lingering for months on dust-gathering to do lists rather than doing more travel and socialising. As spiffing as the people I have been celebrating with the past few years are!

I initially considered seeing the 2015 sun come up from Snowdonia. A quick consultation of the weather forecast made me reconsider. I settled for a long sunrise run; I needed to get the training for the upcoming race, and when you run it doesn't matter very much if you can actually see the rising run. As long as you start in the blue light of early morning and see it turn into the warmer colours of day! And the day before, David had remarked that Newborough forest is a good one to get lost in, so I picked that as a venue. If it is big enough to get lost it's big enough to run in for two hours! For that was my target time. I had been running 75 and 90 minute runs so far; time to crank it up to 120. Still a lot less than I expected to need for the race, but there is still time.

On New Year's Eve I went to bed early, heard some fireworks from my bed, and woke up at 7AM. The sun would rise at 8.30. I put on my kit, had breakfast, and was off. I parked the car in the parking lot at the landward edge of the woods and started running towards the beach. And upon getting there I figured I could run to the end of Llanddwyn peninsula. It's very pretty! But at high tide it's an island, and it wasn't very far from high tide now. I didn't want to be cut off! I decided to do a quick round; the water wouldn't rise catastrophically in a short time. And when I got back to the end, I saw the water had actually dropped; tide was going out! Good. I did another round, but this time explored a few more daft corners of the peninsula. It was dramatic weather! The sea was battering the black cliffs, I couldn't keep my camera still in the strong wind, and it was all rather refreshing. Then I went back onto the path that had brought me there; I ran back while exploring every viable side road that presented itself. After some 1.5 hours I was tired and my legs became unwilling, but that was exactly why I was doing this. I have to get my legs used to this sort of stuff before I run for close to 4 hours! 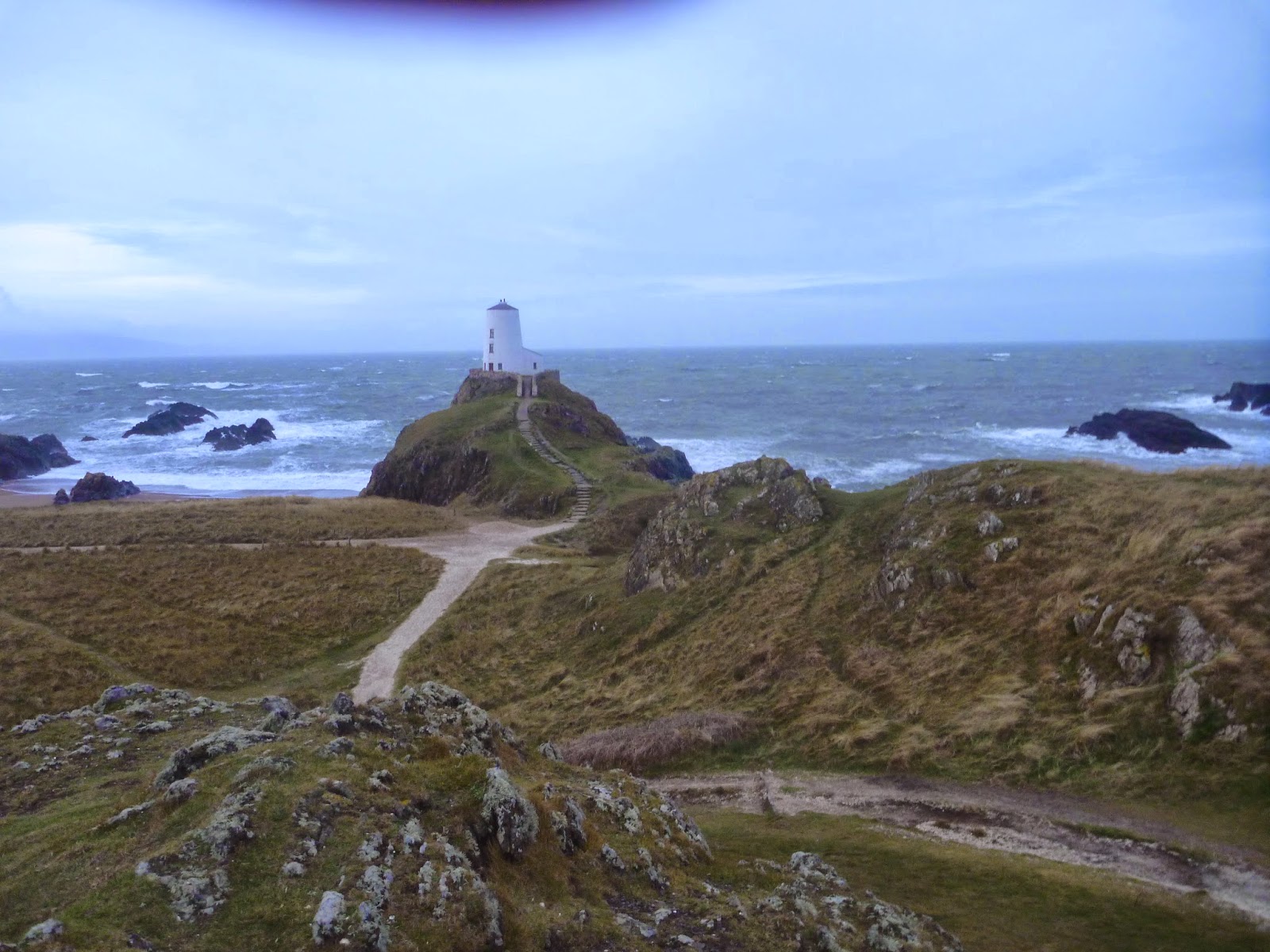 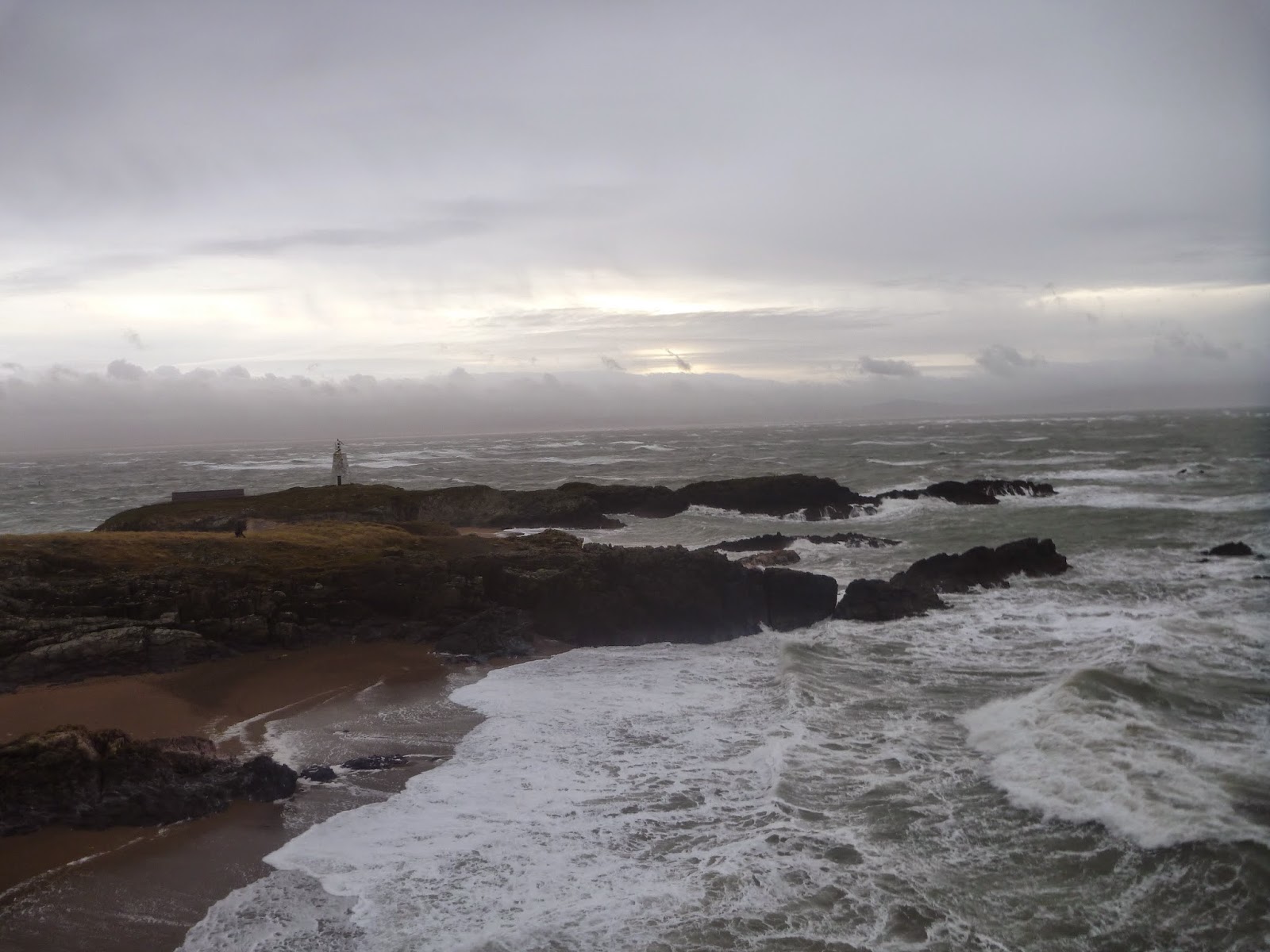 After 2 hours and 10 minutes I was back at the car. It had been enough. And a good start of the year! And it got better; it started raining while I drove back. By the time I got home the rain was battering against the windows. There was a weather warning out for North Wales, and it was clear why! I had just used these two hours of daylight that were dry! And could recover snugly in my home while the weather was atrocious. And I would later end the day underground. A nicely balanced 1st of January!
Posted by Margot at 14:02