When I got back from the Netherlands there were less than three weeks left until a trail half marathon. It's going to be my toughest race to date! The fell race had more ascent (over twice as much, to be more precise) but I don't really count is as a race. This one, the Anglesey Trail Half Marathon, is officially trail (as the name already suggests): I should be able to run it. But I expect to take twice as much time for it than for the Plymouth Half Marathon which I ran twice, and which still is the longest race I've done. This trail race has 600m of ascent and 25% of it is fell. Which means 75% isn't, but well, that 25% will take me forever. And I checked: I compared the times of the fastest man and woman of the 2012 PHM with those of the 2012 ATHM; the winning Anglesey man needed almost exactly as much time as the fastest Plymouth man. The women were surprising: the difference was smaller (60%); the fastest Anglesey female came second place! That's unusual. But the women tend to do better compared to the men when the races get tougher. Oh dear. I'd better practice. And I had done one short run and two long (75 mins) ones in the Netherlands, but I have to now keep it up. So upon coming back I decided to rerun a route I had done in spring.

I was happy I had put on a jumper, a jacket and a buff. And gloves. It was cold! And the heater of my car seems to have broken, so I arrived at the starting point a bit chilly. But the day was beautiful, and after a while I got warm. It didn't take long, though, for me to find the first frozen puddle on the path. I would stop a lot to carefully traipse past such slippery bits. But in spite of that I got back to near the car after only 75 minutes. I was still fresh! And then I saw a path go up the side of the valley. I decided to take it. And it took me, after some lovely meandering on the hilltop, back to town, but not where my car was. I turned around and retraced my steps, and then did an additional loop on a path that followed a slightly lower route. But then it was time to go home as far as I was concerned. 90 minutes of running; not as much as the expected 220 of the race, but well, good enough for now. I still have 2.5 weeks! 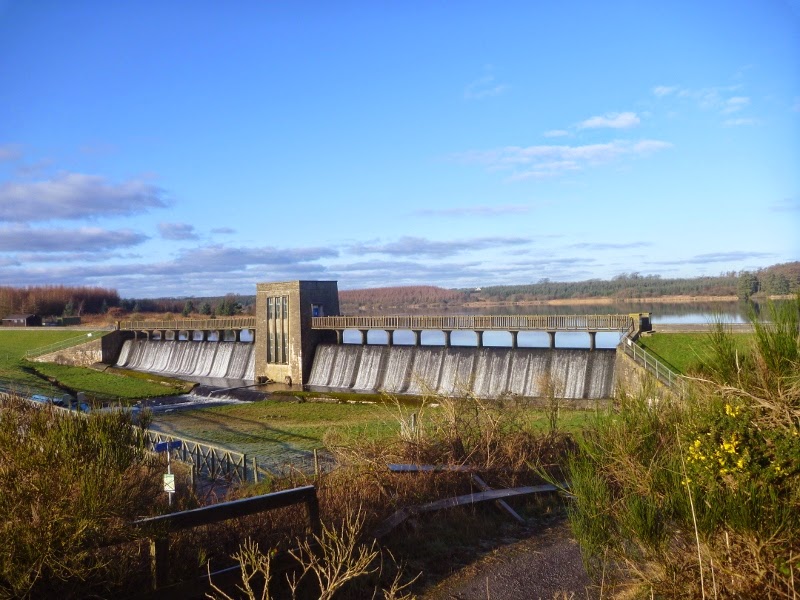 The dam of the reservoir I would run around 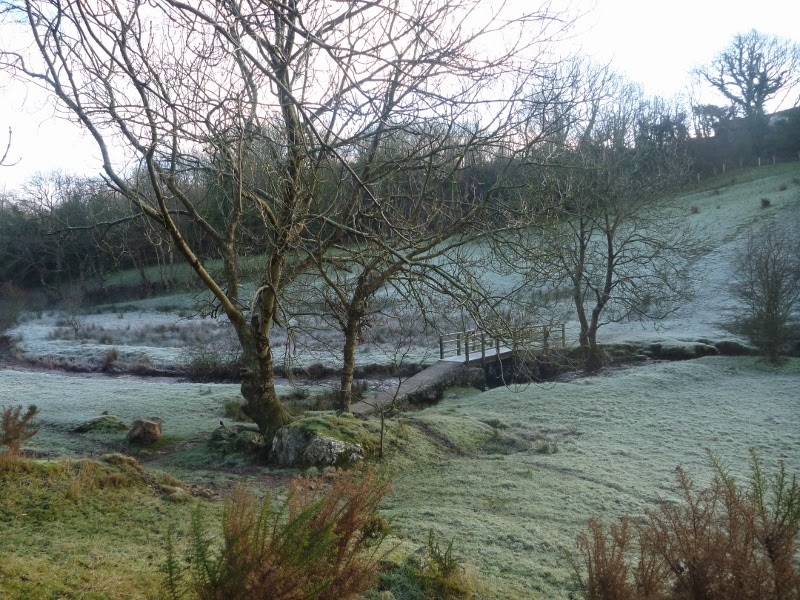 The cute bridge next to the path; look here for its spring look 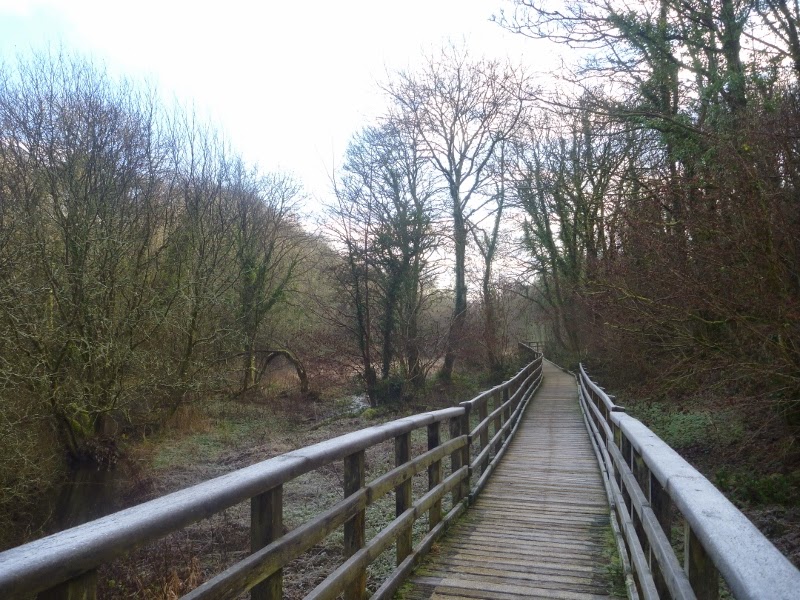 One of the boardwalks on which I was a bit cautious; I don't think they're made for frost 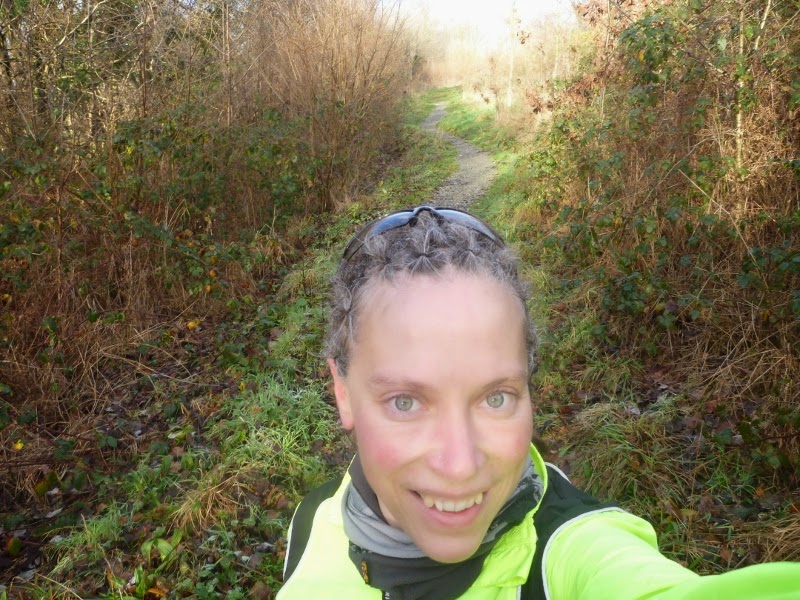 On top of the valley 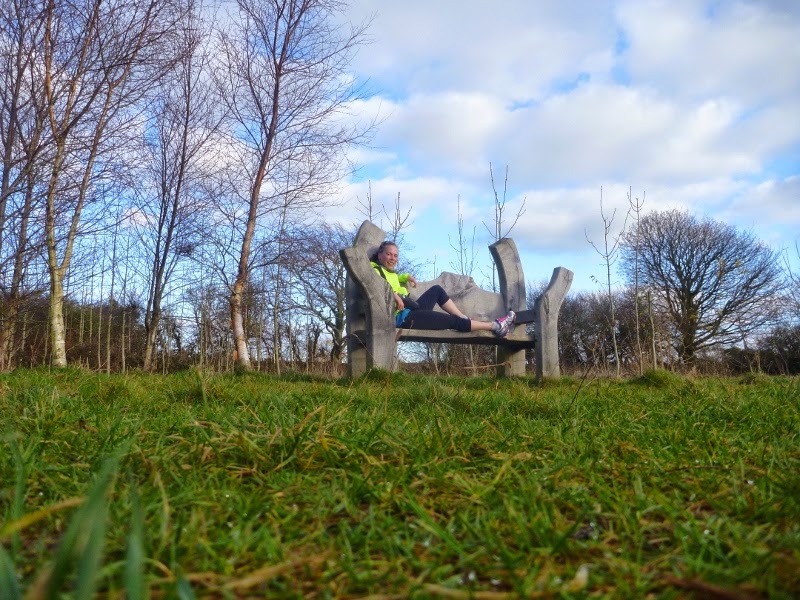 Some time for a frivolous picture with the timer!