Work gets in the way of running. And it would start again. I had to get as much running in as I could before the office would take over! And I figured I'd run somewhere I hadn't been before; I picked Trearddur bay, as that would be beyond where the half marathon would turn inland. I would try the coast; probably fairly representative of the actual route, but not quite on it so I wouldn't spoil the surprise. And it was a nice day! 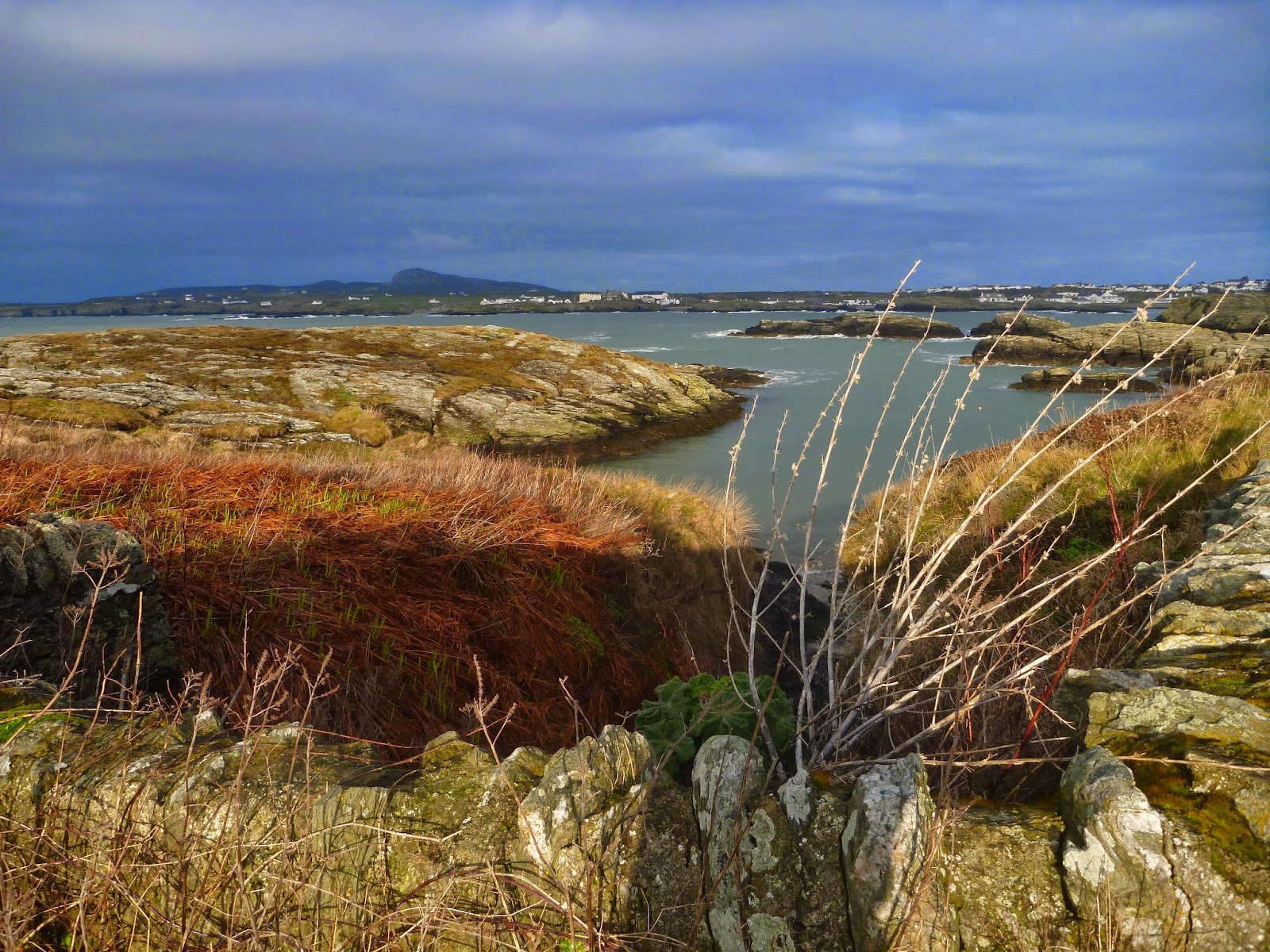 At some point a woman appeared out of nowhere. She went the same way. And she'd done it before; I was still zigzagging around a bit, losing and re-finding the path. Trailing her made things a bit more efficient! And then we struck up a conversation. And decided to run on together. It was nice! I was making a smaller round than intended, but I didn't mind too much. I almost always run on my own, and having some company is nice. She was a local, and she worked at the hospital in Bangor. She didn't race, but I did recommend it to her; maybe she gives it a try and I'll bump into her again! 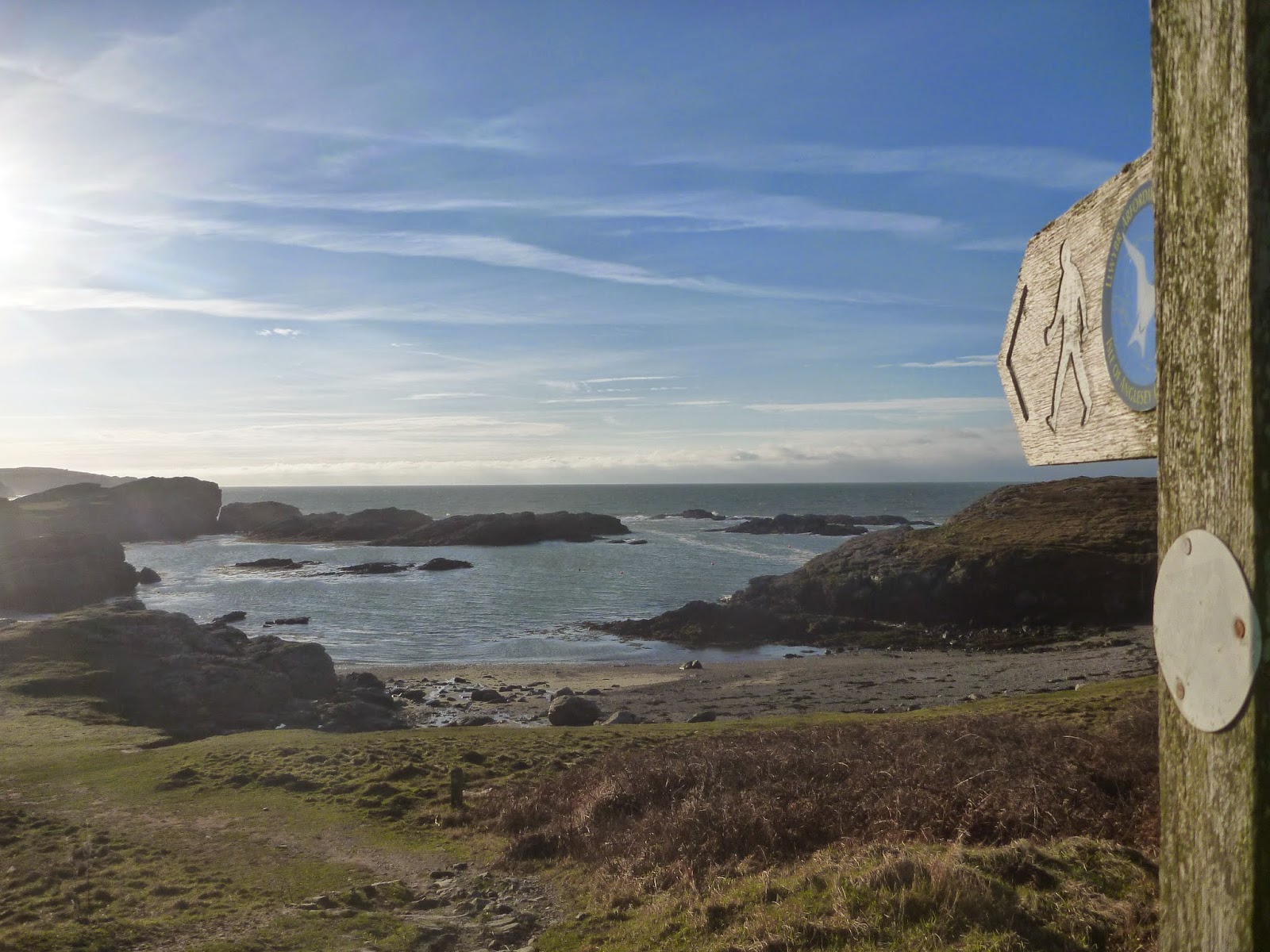