One last (half) day in beautiful Ireland! The Sunday was for doing everything we hadn’t managed to do on the Fri- and Saturday. I had a wish list; I had realised the whale on the beach could be a fun side project for the students. If I’m interested in whether it could realistically have ended up there during the storms just after Christmas, why wouldn’t they be? So I decided I needed its size and elevation.

I also wanted to have a look at some of my boulders lower down on the beach; due to tide I had been somewhat restricted the day before. And if I would still have time I could have a small look at the route I would have to walk with the students of the first day; it’s nice to have an idea on what it is you’re supposed to be knowledgeable about.

I got lucky yet again! As before, nobody else wanted to go to the far reaches I wanted to visit. As before, Chris and Pete wanted to scurry around in the south and had to somehow make that work with only one car, and Wil had appointed himself once again as Alison’s field assistant, this time joined by Lou. So it was just me and my trusted Hyundai again! And don’t get me wrong; I’m not a loner, and I do enjoy good company, and I would even had had more fun if I’d had that, but I was quite happy as it was. Workwise it was by far the most efficient!

On the sunniest day so far I drove back to Pol Sallach, and measured in the whale. The 6m long animal had managed to end up 7.5 m above sea level! Quite a feat, even post mortem. 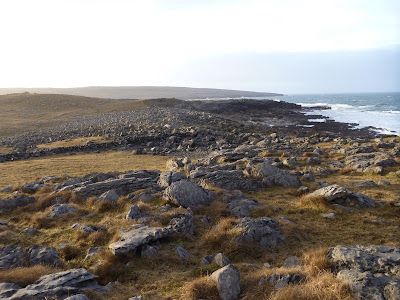 I also took the opportunity to take some pictures of the stunning and bleak Burren landscape. Burren (from Boireann) just means something like “place of rock”, and one can see why it’s called that. Lots of bare, eroding limestone. Beautiful! 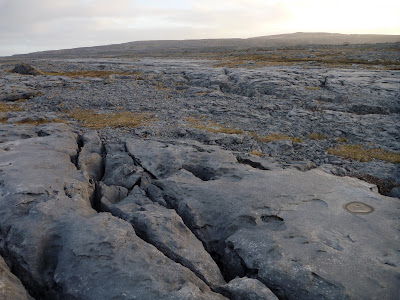 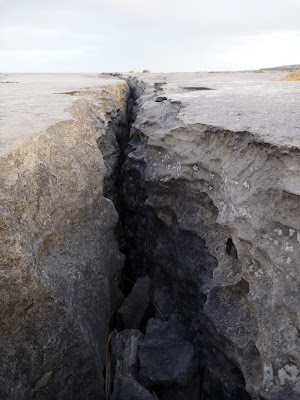 The joints in the limestone, which erode heavily, can go on forever
After the whale it was time for some low boulders. Tide was with me this time! And then there was some time left, so I drove the part of the first day walk that leads over a road. And then it was time to drive back to the airport to deliver the car back. And it all worked out fine. I even slept on the plane; I hadn’t realised how tired I was. 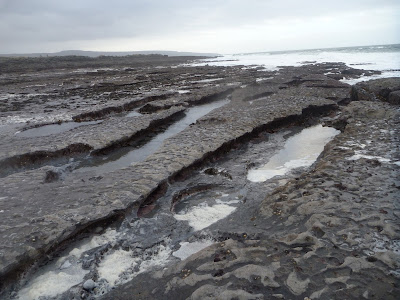 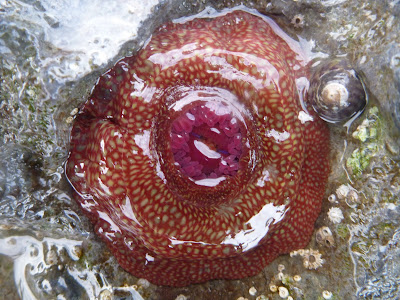 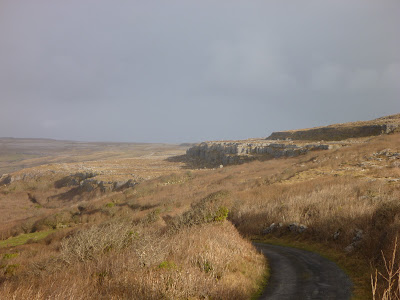 Burren landscape in the sun 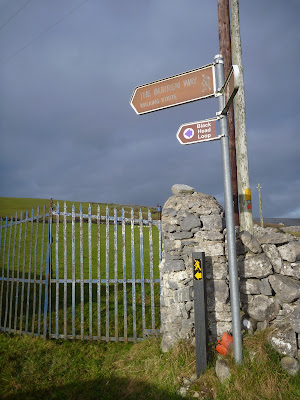 The Burren walk; I'll be doing some of that
The fatigue started to show with most of us on the drive back, but without problems we reached the campus again, and dispersed. There was technically about 5 hours of weekend left; no time to waste!
Posted by Margot at 17:30