It had been quite some time ago I had taken the time to take some pictures underground... the last time I posted a picture taken with long exposure time on the blog seems to be all the way back in July last year. A waste, really! It's lovely to go down, but if you have good pictures you can enjoy the experience forever. Unaided, memory fades way too soon. And of course, often there are other photographers around; especially those with slave flashes can produce amazing pictures in not much time, but there's something to say for taking your own, in your own way.

This trip didn't look like the one to set this right; those in the know had said the adit was very small, and we would go with many people... not a good configuration for long exposure time photography. You can't have people walking through your view; especially not if they have bright lights on their helmets.But the good thing is that if you're the only one taking pictures with 15 seconds of exposure each, you end up lagging behind automatically, and then you have your stretch of the mine for yourself. So I had some fun!

The adit wasn't as small as I had imagined it, and there was quite a lot to see. We had Rick with us, who could identify, and elaborate on, every notch in the wall. He had even identified evidence for fire-setting in this adit; fire-setting boils down to breaking down rock if you don't have, or can't afford, gunpowder. And of course there were dripstone formations, flooded winzes, old timers, and all that lot. Great! I had a blast. And judge for yourself if the results are worth making such a fuss about! 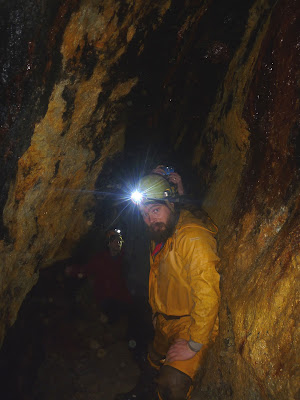 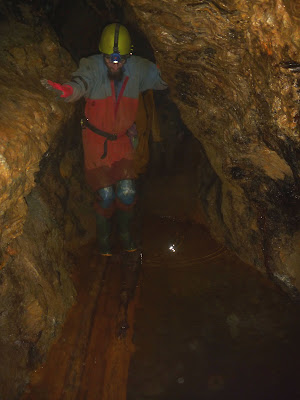 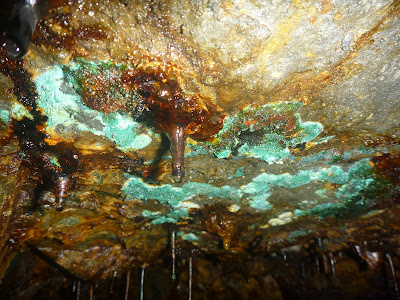 Pretty copper staining and straws on the ceiling 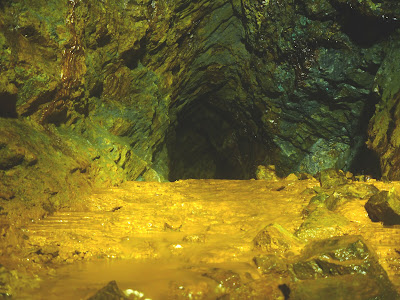 Orange flowstone on the floor of a greenish tunnel 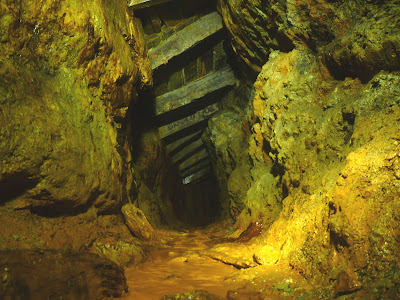 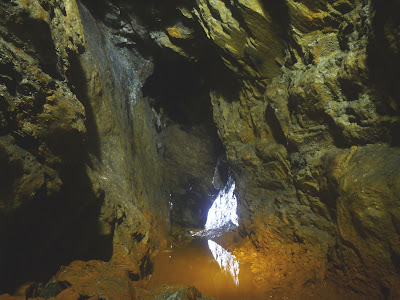 There's someone around the corner, unwittingly helping me light my picture! 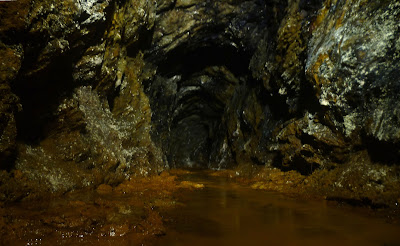 This mine had nice white fungi on the wall, that retain droplets of water, and thus seem fluorescent 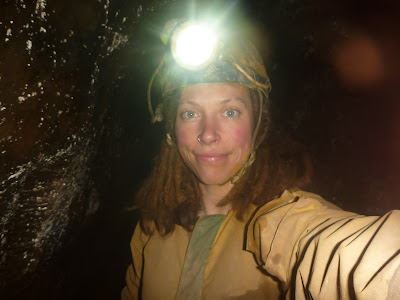